TERLINGUA — Texas Land Commissioner George P. Bush visited the Big Bend in December on the second leg of his “Secure the Border” tour. Bush is running as a Republican for Texas attorney general and hoped to gain valuable insight on border security issues by visiting U.S. Customs and Border Patrol officials and locals in each Texas Border Patrol sector. “Securing our borders is the first order of business,” his campaign website proclaims. “I will ensure our border patrol is fully funded and stop drug cartels and illegal immigrants from coming into our state.”

Bush decided to run against fellow Republican Ken Paxton after years of bribery and fraud allegations swirling around the incumbent’s office (Paxton’s own office cleared him last year of bribery allegations leveled by former top aides, though the FBI is reportedly conducting its own investigation; he was indicted for felony securities fraud six years ago). “​​When our attorney general was announced to be under FBI investigation, I felt that Texas deserves better,” he told The Big Bend Sentinel. “It’s unacceptable to have somebody who’s abused the office, who literally claims he’s above the law.” Paxton’s campaign office did not respond to a request for comment by press time.

The Texas attorney general provides legal representation to the state and monitors numerous agencies — child support, consumer protection laws and fraud protection all fall under the umbrella. With all of the negative attention focused on the incumbent, there’s a crowded field this year: Louis B. Gohmert Jr. and Eva Guzman will compete with Bush and Paxton in the Republican primary, while Mike Fields, Rochelle Garza, Joe Jaworksi, Lee Merritt and S. T-Bone Raynor will face off in the Democratic primary.

Bush has claimed the necessity of a border wall across South Texas — even suing the Biden administration’s halt on its construction and approving the construction of a state-funded wall on state land — but told The Sentinel that he plans to pursue “invisible fence” strategies on the Big Bend region’s protected lands instead of investing in wall construction there. “You’re not going to see that in this area, it’s going to be more down [in the Rio Grande Valley],” he explained.

The “invisible fence” includes enhanced drone and sensor technologies that have been controversial with some Big Bend residents who feel that increased surveillance infringes on their privacy. “That’s always an important balance under the Fourth Amendment, making sure that we’re being fair,” he said. “As a constitutional conservative, I think we have to respect all amendments, we can’t just pick and choose. As attorney general, what I would want to do is deploy resources where necessary but leave ranchers and farmers alone if they feel there isn’t a crisis.”

After Bush’s visit to Terlingua, he continued on to Del Rio, Eagle Pass, Laredo and McAllen, where he had scheduled meetings with local landowners and law enforcement. 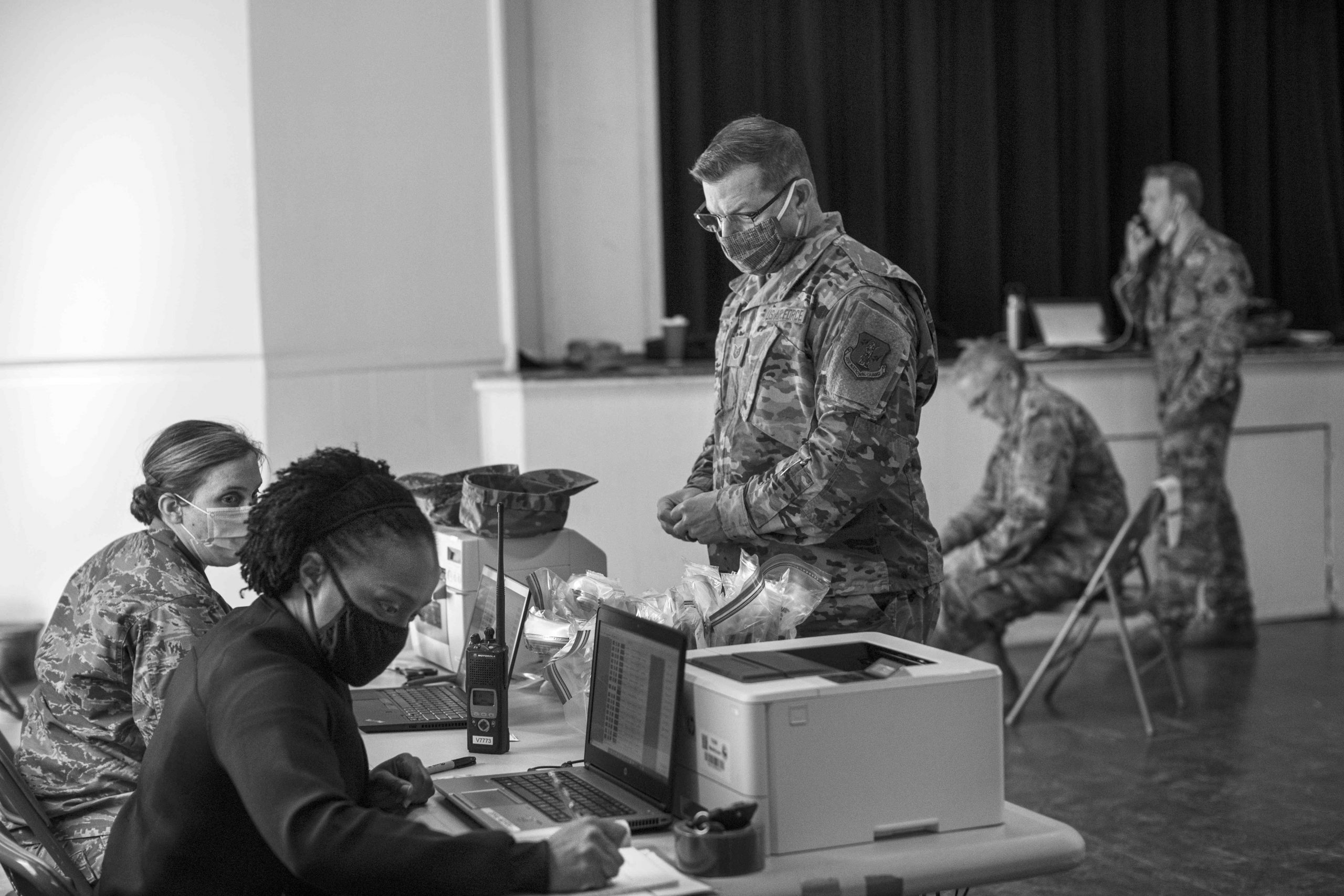