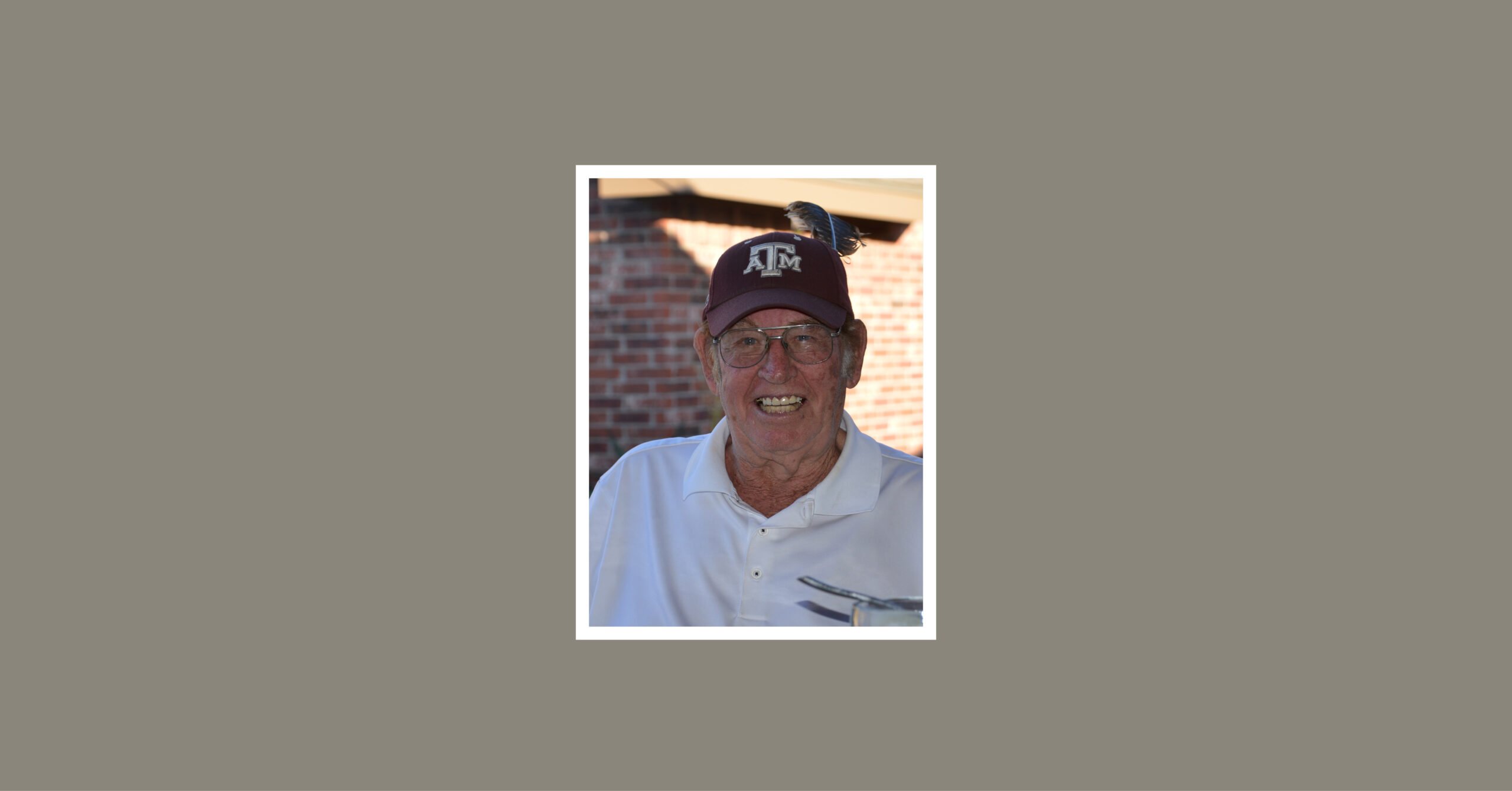 Joseph Calvin “Truck” Lusk passed away in San Antonio, Texas, on December 15, 2021, after a brief illness. Truck was born on April 6, 1931, in Las Animas, Colorado, and was raised on the family ranch in Fowler.

After graduating high school, he joined the U.S. Army, where he served at Fort Leonard Wood, Missouri, and later as an aide to General Miles Dawson in Columbus, Ohio. Truck left the Army after one round of service and enrolled in college. He earned his bachelor’s degree in general secondary education from Colorado State, playing football while he was there, then earned his master’s degree in education from Adams State.

To say that Truck was passionate about both sports and education would be an understatement, and he poured his heart into coaching, teaching and molding young minds for 37 years to follow. His first job as an educator was in Pagosa Springs, Colorado, where he coached the state championship basketball team in 1960. He then went on to coach in Tulia, Texas; the Navajo Reservation in Ganado, Arizona; Ruidoso, New Mexico; and Bovina, Texas. He earned the respect of the young men he coached and mentored and remained close to many of his former athletes for the rest of his life.

Truck eventually left the basketball court and football field to dedicate his career to classroom learning. He served as principal in Dell City, Texas, before becoming the superintendent of schools in Valentine, Texas, where he would serve 20 more years until retirement. He was a tough leader with a big heart. His expectations of others were always high, but he always made time to shoot baskets in the gym or comfort a student who was in need. His goal was that every student who walked through his doors would graduate from high school. He constantly strived to find ways to bring better opportunities to the Valentine school.

Outside of work, Truck was a constant figure at the Valentine Community Church.  His deep and loud voice could be heard above all others, and he kept time for the preacher so that all would be home in time to watch the Dallas Cowboys play at noon. He also served many years with the Marfa Rotary Club.

In 1996, Truck hung up his suit and put away his checkered boots and spent the rest of his days golfing, fishing and spoiling his granddaughters. He loaded and unloaded his own boat at Lake Amistad until he could no longer do it and served as marshall at the golf course once it was too tiresome to swing his own clubs. He was a master at rushing foursomes along if someone felt the need for a mulligan. Truck was known for his quick wit and mischievous behavior.

Truck was preceded in death by his parents, Clifford and Bessie Lusk; wife Norma; and twin children, Reo and Renee. He leaves behind a daughter, Angela Becker (Tom) of Midland; a son, Speedy Lusk of Midland; granddaughters Sydney Stephens and Shelby Stephens of Midland; a brother, Keith Lusk (Bev) of Littleton, Colorado; numerous nieces and nephews; and many golfing and fishing buddies.