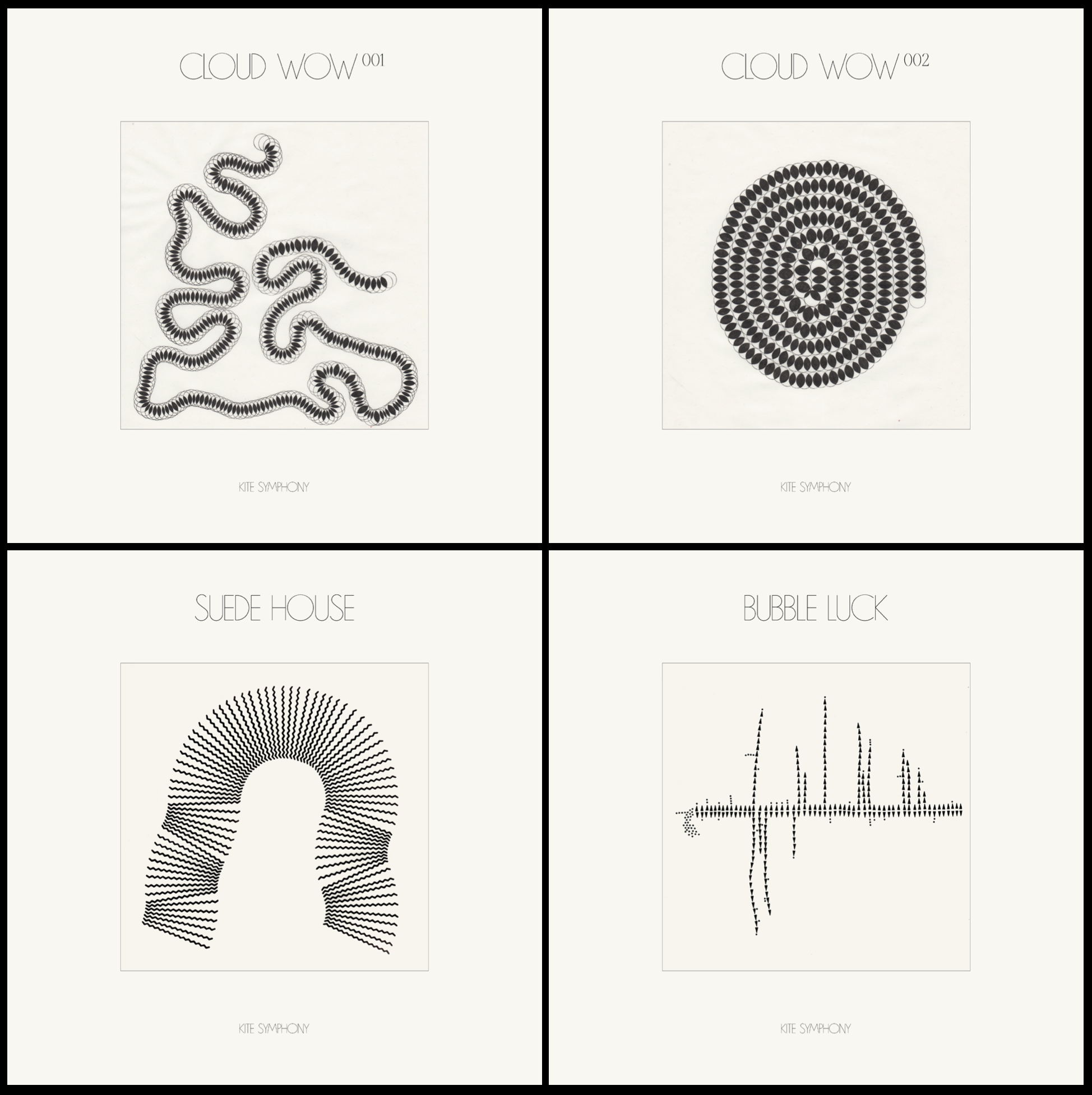 Sound is the throughline between these diverse elements of this long-term project. Lange is a musician (widely known as Helado Negro) and Sword is a visual artist. Kite Symphony is an extension of their collaborative practice where they create work at the intersection of music, performance and visual art.

Invited by Ballroom in March 2020 for a production trip for Kite Symphony, then a short film with a live score, Lange and Sword found themselves in West Texas at the onset of a global pandemic and mandates to socially isolate. The artists elected to remain in Marfa and, with Ballroom’s support, extended their trip into a six-month residency. Their experience was the catalyst for Ballroom Sessions —The Farther Place, a residency program developed to support cross-disciplinary artists and musicians.

As their time in Marfa was extended, Kite Symphony expanded into a full-scale exhibition –– including new installation works, a community sound piece, performance, and four new experimental compositions released through Ballroom’s Bandcamp. Pitchfork called this album a “free-flowing collage that doubles as a snapshot of the project’s sprawl” and named it one of the top 20 ambient albums of 2020. The album features contributions from noted local musicians Jeanann Dara and Rob Mazurek, led by Sword’s meditative and meticulous visual scores.

Guided by the wind and inspired by their day-to-day experiences with the local landscape, Lange and Sword centered a practice of listening to produce new work. Their listening took many forms: they utilized meditative practices to tune their bodies into the sonic environment; they employed field recording to capture and amplify ephemeral or barely audible sounds like wings of insects and the wind itself; and they launched an open call to the community to hear the sounds of the town through the ears of locals. Lange recounted, “When you have your headphones on and a microphone pointing out to the expanses surrounding Marfa you’re surprised with the density of the air. It’s like a big blanket wraps your head and you’re invited into another world.”

The exhibition at Ballroom features an impressionistic film, which explores the imperceptible forces that shape the West Texas landscape. The video documents the artists’ observations and experiments with wind and light interacting with kites, handmade mylar instruments, found objects and native plant materials.

Lange and Sword turn their gaze upwards in Star Scores, a piece of visual music that reflects on the region’s dark skies through handmade animations of galaxies orbiting, multiplying and expanding through an imaginary celestial space. Adjacent are Sword’s ink drawings of rhythmic and repetitive brush marks, revealing a continuous evolution of a landscape in constant motion.

Ballroom’s courtyard is a listening space where Lange presents a new sonic installation composed of the sounds collected from the community.

Taken together, all of these newly commissioned works heighten the audience’s sense of space by attuning us to expansive new sonic geographies, helping us to listen in diverse ways, and reminding us of our presence in a living world.

On Earth Day, April 22, 2022, Ballroom will host a day of performances with Lange and several of his musical collaborators. The show will feature live renditions of Star Scores, a performance of Kite Symphony, Four Variations with a live ensemble and performances by several friends of the artists.

Kite Symphony is organized by Sarah Melendez, Ballroom Marfa music curator, and the full lineup will be announced soon.

ballroom marfa
Stay in touch with The Sentinel
Related