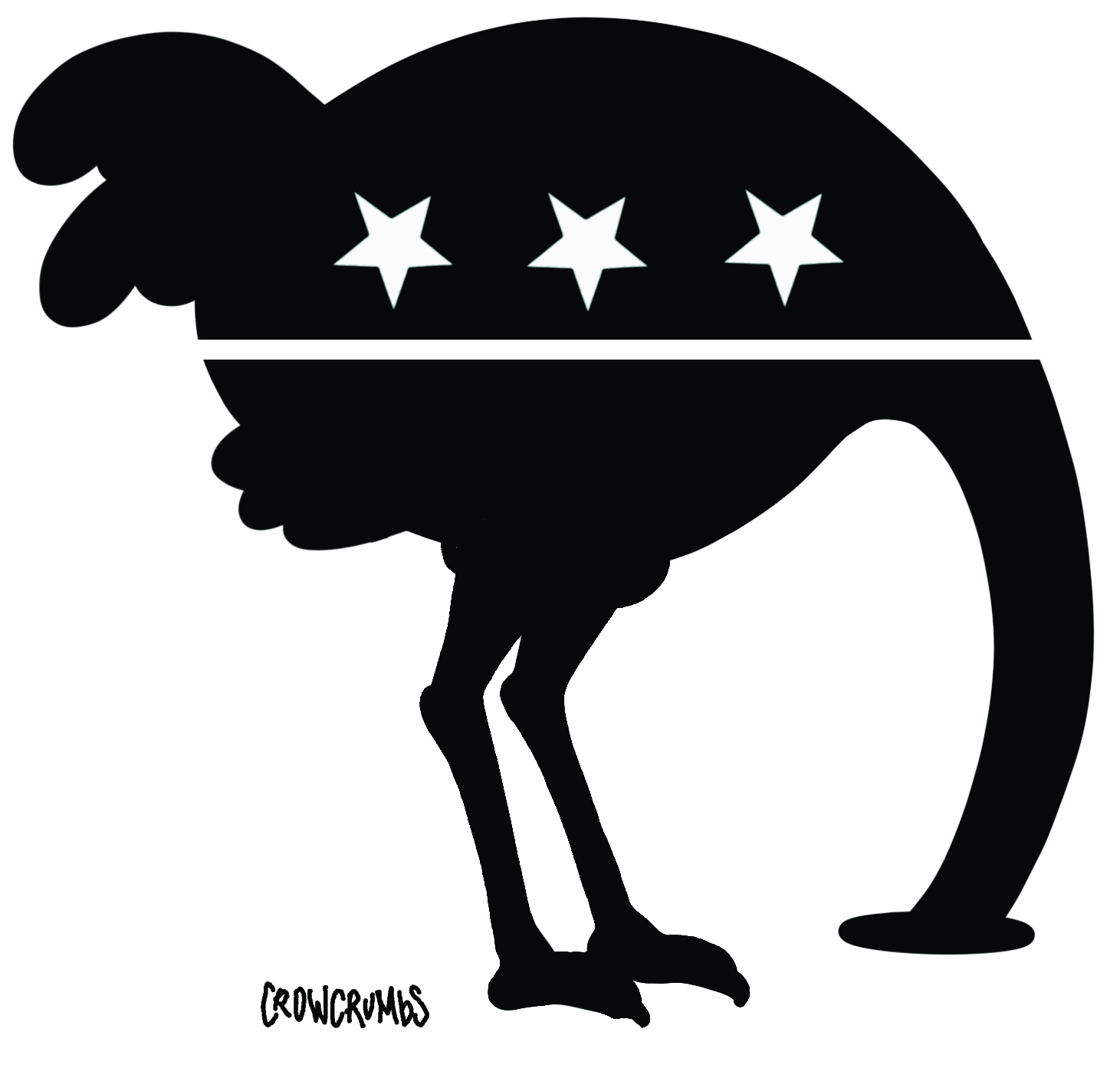 Republicans should change their symbol of an elephant for an ostrich

On January 6, 2022, the country stopped to remember the insurrection, riot and violence that happened exactly one year earlier in the nation’s capital. It was incredible to witness many of the Republicans who were there on the day a riotous crowd broke into the Capitol building and commenced a rampage that led to the death of five people and the treatable injuries of 180 defenders. The same Republicans who had to be rescued from the Senate floor and other Republicans who had to be escorted from the House floor seemed to have forgotten the busted glass and broken shards that had terrified them only a year before.

“These were just a bunch of tourists that just got out of hand,” one senator remarked. A house member stated that they were just a bunch of liberals masquerading as Trump supporters. How could so many people forget hours of terror and rephrase it in the most polite of terms a year later? The answer is simple: the Republicans have no memory and they do not wish to acquire any information that in any way diverts from their goal of control in both houses of Congress.

Having walked those same halls hundreds of times and having brushed by thousands of tourists, I can assure you they do not shatter glass and break things in a place that is the very symbol of American democracy. Tourists do not use the polished floors of the Capitol building as a toilet. They do not rampage around wearing horns and covering their face with body paint.

“It is said that truth dies when people stop speaking it. Well, it will not die on our watch,” said Colorado Democratic Rep. Jason Crow.

Connecticut Rep. Rosa DeLauro, a 30-year veteran of the Congress, talked of learning that day that gas masks were kept under seats in the chamber.

Washington Rep. Pramila Jayapal, a Democrat who had had her knee replaced and was using a cane at the time of the insurrection, recalled strategizing how she could use her cane or a gas mask as a weapon if she were threatened by rioters.

Rep. Sheila Jackson Lee, a Texas Democrat, defiantly vowed not to let the day’s events be swept under the rug. “I’m ready to stand with all of you patriots,” she said. “I’m ready to not forget.” Sadly, her statements were prophetic in that, within a few days, Republicans began to forget the terror of the day.

Ricky Carioti, a witness on the west side of the Capitol said: “Someone built and transported a hangman’s gallows to the U.S. Capitol grounds. As I walked and came across this, I watched Trump supporters climb up and have their photos taken on the gallows platform. I was saddened to see Americans use a symbol of such hate for a photo op.” I would like to point out that your average tourist does not build and bring to the Capitol grounds a hangman’s gallows.

Reporter Amanda Andrade stated, “In the decade I’ve been covering civil unrest, I’ve never seen a police force so outnumbered. If I turned toward the National Mall, I could see thousands of angry people, many of them in bulletproof vests and carrying baseball bats, knives and whatever other weapons I couldn’t see.”

In 1990 I sat on a stone wall on the west side of the Capitol building where a hangman’s gallows would be constructed 31 years later. I and 75 other Capitol Hill staffers were waiting for a march coming down Pennsylvania Ave. The 5,000 marchers were quiet and many were in wheelchairs. They were marching in support of the Americans with Disabilities Act. As many of these marchers were friends and acquaintances, I am certain not one of them carried a weapon or threatened any Capitol police. The march that day helped in the passage of the Americans with Disabilities Act, and I agree with Congresswoman Sheila Jackson Lee of Houston when she said, “I’m ready to stand with all of you patriots. I’m ready to not forget.”