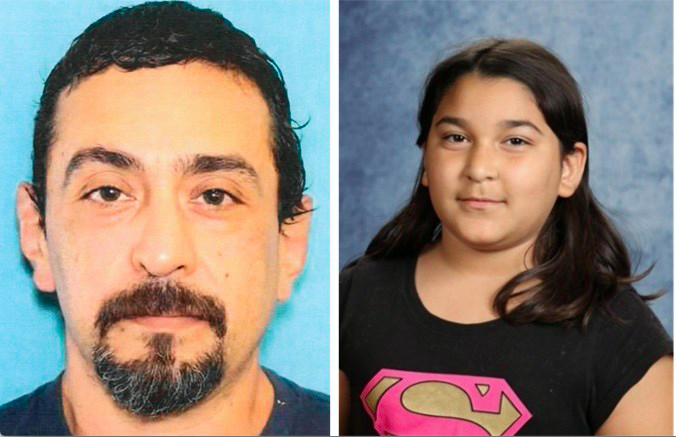 BIG BEND NATIONAL PARK — Following an all-hands-on-deck, multi-agency search on both sides of the border, a missing Fort Stockton man and his young daughter have been found “alive and well” in Mexico, weeks after disappearing in Big Bend National Park, according to the National Park Service.

Hector Flores Jr., 49, and Luna Flores, 9, were discovered on Sunday in the Mexican state of Coahuila, which is adjacent to the park, when residents of the state notified NPS of a man and young girl fitting their description attempting to purchase food in the area. Mexico State Police were able to confirm their identities by Monday afternoon.

Luna Flores is currently in the custody of the Child Protective Services division of the Texas Department of Family and Protective Services, per DFPS spokesperson Paul Zimmerman, who said the department is “currently working to find an appropriate placement with relatives.” Hector Flores, Sr., father of Hector Flores, Jr. and grandfather of Luna Flores, told The Big Bend Sentinel that he and his wife plan to travel to El Paso on Thursday to retrieve Luna from CPS.

The search had been underway since February 5, when an abandoned truck belonging to Flores Jr. was discovered by a park ranger on the northern end of the remote Old Ore Road, a designated primitive backcountry road spanning 26 miles. Their gear had been left behind and many of their personal belongings were in the car. They had first entered the park on January 28, NPS was able to garner from surveillance cameras at the park entrance.

The pair were ultimately found in a remote farming community across from the Rio Grande Village campground, said National Park Service spokesman Tom VandenBerg. “There’s not really a town there,” he said.

The father and daughter seem to have traveled into the region on foot, said VandenBerg, and at this point authorities are still trying to ascertain why they had made such a long and perilous journey. “That’s quite a ways from where their vehicle was found,” said VandenBerg. “That’s 27 miles to the border.”

Hector Flores Jr. and Luna Flores had returned to the United States by Tuesday afternoon, said VandenBerg, having been met at the border by Customs and Border Patrol, park rangers, and the Federal Bureau of Investigation. Authorities will continue investigating the matter, he said. “There’s a lot of unanswered questions there that we’re hoping to eventually have, but at this point it’s sort of hard to say or speculate what exactly the motives were, what they were doing,” said VandenBerg.

Mostly, they were grateful the pair had turned up alive and in good health. “That’s the main thing — that they’re okay and alive, after all they went through,” said Maria Flores. “There were a lot of people praying for them to be found safe and sound.”

The lengthy search included state and federal agencies, plus Mexican authorities. Searchers with the NPS, the FBI, U.S. Border Patrol, U.S. Customs and Border Protection, the Fort Stockton Police Department and Texas Department of Public Safety all assisted in the search, along with Mexican State Police, other Mexican officials and residents of Boquillas.

This is a developing story. The Big Bend Sentinel will provide updates online as more information becomes available.