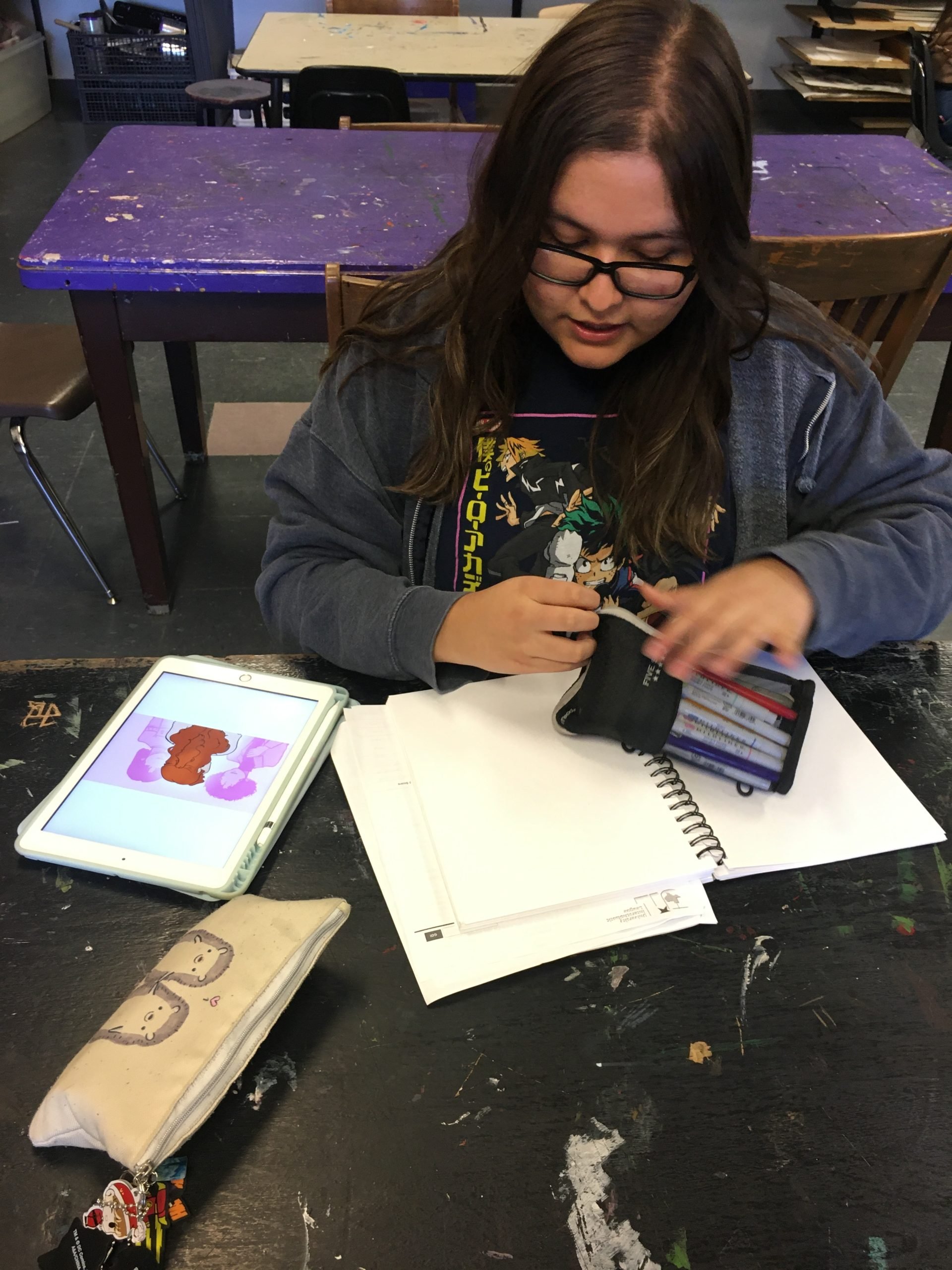 Aguilar will attend the UIL State Young Filmmakers Festival on February 23 in Austin where she will see “Heartbeat” on the big screen in front of a live audience. Winners will be announced that night.

“I’ve never been to Austin, so I’m excited for it,” said Aguilar.

Aguilar is one of 12 semifinalists, many of which are from larger school districts. Marfa High School was looking into more UIL competitions their students could participate in this year, said Principal Allison Scott, which prompted Aguilar to submit to the film competition. Aguliar said regardless of whether she advances to the finals, she will likely enter again next year as a senior.

A testament to her attention to detail as an artist, and in the spirit of the expression “we are our own worst critics,” Aguliar said she has spotted things she would change since submitting — but despite that, it has been a pleasant surprise to see her work advance in the competition.

“I’m actually really happy,” said Aguilar. I’m proud of how far it’s gone because I didn’t know it would.”

The two-minute love story features a classroom meet cute set to soft, upbeat piano music — “Ylang Ylang” by FKJ. It’s a classic tale of a school crush, as told by Aguilar. The protagonist, a boy often sketching at his desk, is all blushing cheeks and timid smiles when encountering his crush, a girl in his class with bright red hair. The anime-style illustration is thoughtfully paired with simple dialogue, colorful backgrounds and smooth transitions. 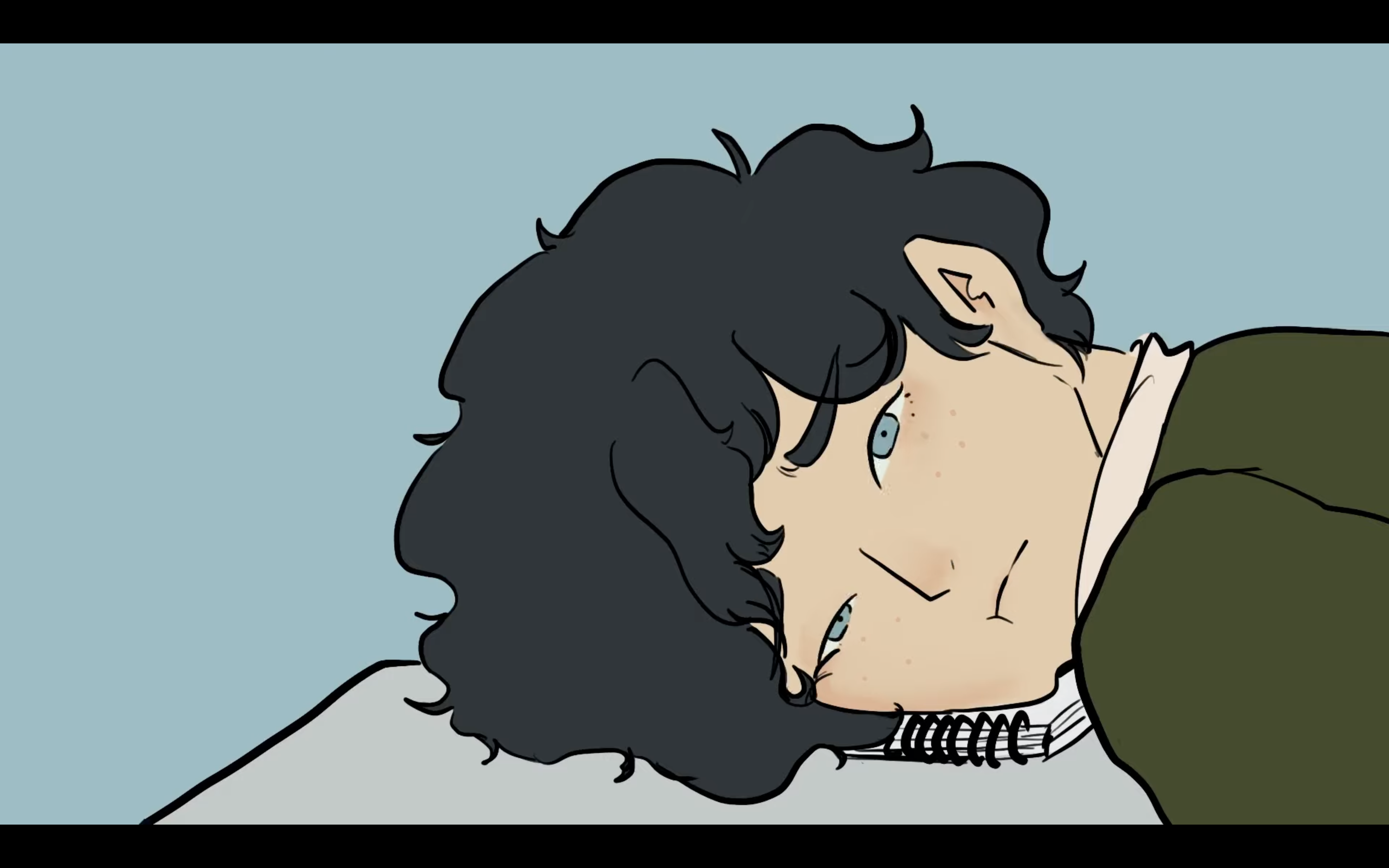 Aguliar first dreamt up the two characters for a TikTok video she produced earlier this year. The idea to continue their storyline and place it in a relatable environment appealed to Aguliar when brainstorming ideas for the animated short, she said.

“Since I’m a student, I thought a student setting would be interesting too,” said Aguliar.

Aguliar completed the entire film in around three weeks, utilizing her time off during winter break and her iPad equipped with digital art applications. Aguilar said she enjoyed coloring books as a child but got more heavily into drawing around the third grade and hasn’t slowed down since. In addition to digital art and animation, Aguliar also practices traditional painting.

She said her goal is to become a mixed media artist and she hopes to go to college to study art. Two of her favorite animated films are Disney’s The Princess and the Frog and Luca, both of which drew her in with their color palettes and characters, she said. Aguilar works at the Marfa Public Library on the weekends helping with a variety of tasks, including sign making and other art projects as needed.

Growing up in Marfa, Aguilar said she has appreciated field trips she’s taken to arts destinations like the Chinati Foundation and learning new skills in art classes.

“I’ve always been in art class, that was always my thing. I just love all the projects that we do,” said Aguilar. “Just being a part of our class is fun, because I get to connect with people who also like to do art or enjoy looking at it.”

Marfa ISD
Stay in touch with The Sentinel
Related