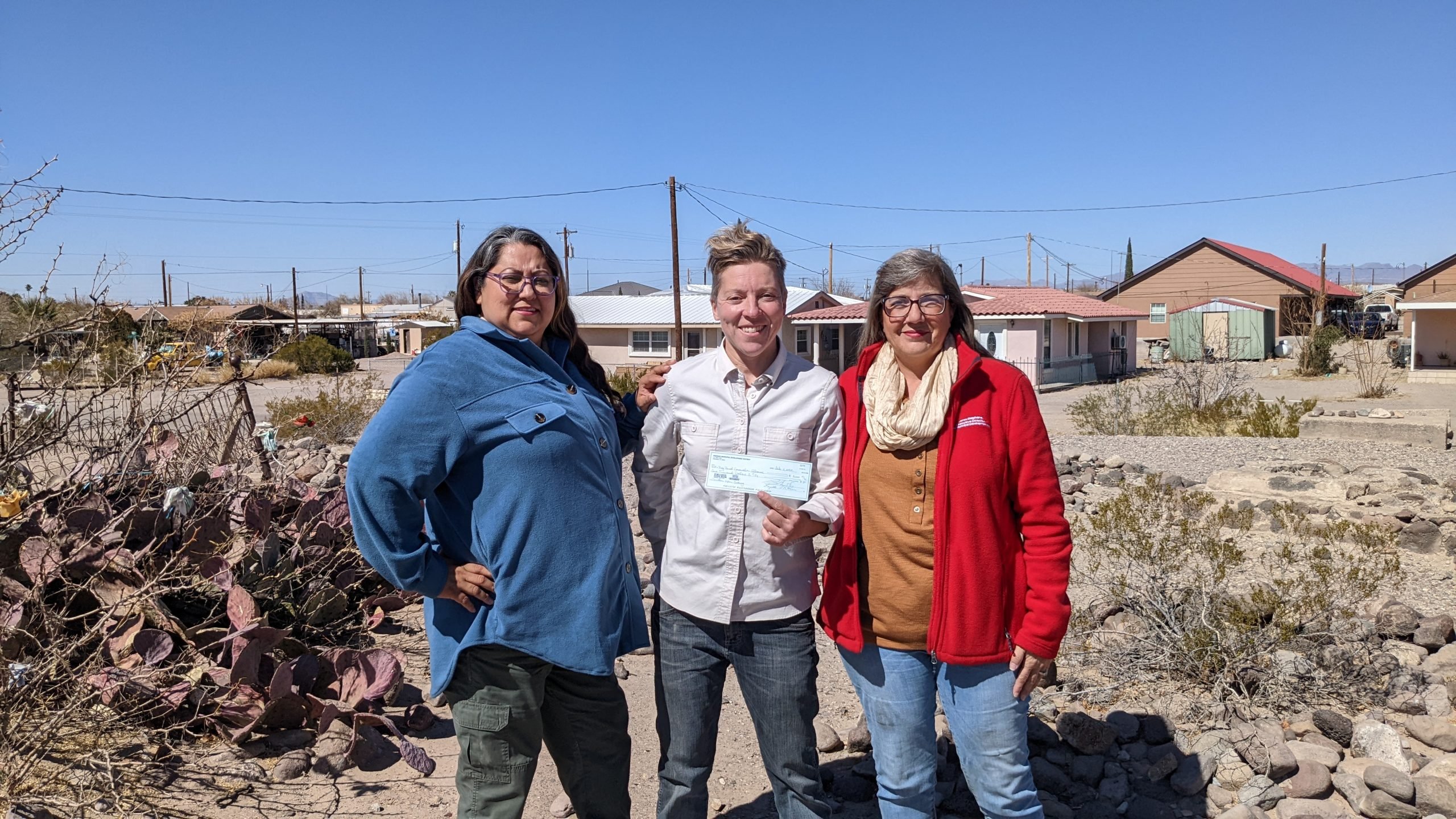 PRESIDIO — The Big Bend Conservation Alliance is raising funds via GoFundMe to erect a fence around the Lipan Apache cemetery in Presidio in hopes of protecting the site for future generations. The effort is being led by the Lipan Apache Tribe of Texas, a nonprofit tribal organization based in McAllen but with deep ancestral roots in the Presidio area. In a historic move, the city and county of Presidio voted in fall 2021 to transfer ownership of the land to the tribe.

For those with ties to the Lipan Apache community in Presidio, it’s been an emotional few months. Oscar Rodriguez, a Lipan with roots in Odessa and El Mulato, grew up making trips to the cemetery before the city of Presidio started to grow around it. “It was much bigger than it is now,” Rodriguez remembered from his childhood. “Then people started scraping off graves and building houses there. Twelve years ago, we started to try and do something about it.”

Enrique Madrid, a Jumano activist and historian from Redford, led the charge. Using his knowledge as a scholar, he was able to prevent Market Street from being paved right through the middle of the burial mound. Madrid’s work was a major turning point in the local charge to protect the cemetery, which for hundreds of years had mostly been done individually by the families of people interred there. “We all knew about it — we had relatives there, we cared for it,” Rodriguez remembered. “But it hasn’t been until recently that we were able to take concrete steps to improve things there.”

The first step was getting the site recognized as a state antiquities landmark, a protracted struggle that took place through most of 2021. The question of who should tell the story of the mound galvanized the coalition that fought to protect the cemetery: the Lipan Apache Tribe of Texas, the Big Bend Conservation Alliance and the Aguilar and Ornelas families of Presidio, represented by Christina Hernandez.

Now, the group needs big-dollar donations to help realize their dreams of a protective barrier around the site. For generations, the cemetery has been threatened by city development and also by neighbors who may not recognize the significance of the place — over the years, family members caring for the cemetery have found evidence of late-night parties and ATV excursions in the sacred site.

The barrier is being designed by Chris Cornelius, an Indigenous architect from the Oneida Nation. Cornelius was inspired by the concept of the sentinels, or centinelas, that mark the resting place of many people in the cemetery. The purpose of the centinelas is two-fold: to protect the graves from curious animals and to watch over the interred in a spiritual sense. Cornelius will use gabion wall construction — essentially, a cage with rocks piled inside — to pay homage to the centuries of Lipan who buried loved ones there and preclude the need to dig posts in the ground.

“The design solved the problem of many of us not wanting to dig,” Rodriguez explained. “It’s an absolutely terrific idea and will help us use local labor and keep the construction activity as local as possible.”

So far, the BBCA has raised $77,000 of $120,000 needed for the project. The high sticker price has a lot to do with the archaeological delicacy of the site: both 3-D modeling and ground-penetrating radar surveys required specialists to travel to Presidio to ensure that the design doesn’t disturb any graves. The preliminary results of that work have revealed that the cemetery is much bigger than initially thought and will inform the educational materials that the Lipan Apache tribe hopes to post as part of a permanent exhibit at the site.

The Presidio Tourism & Convention Bureau worked alongside the Presidio Municipal Development District to donate $5,000 each from their organizations to the cause. “It is our pleasure to help ensure the long-term preservation of this important historic location,” PMDD Executive Director Jeran Stephens wrote in a press release. “The Lipan tribe represents the ancestral roots of the entire Big Bend Region and the City of Presidio. Their contribution to our current community must be respected and honored in a real way.”

Both of these local donations unlocked a matching donation from Cibolo Creek Ranch, as well as numerous small-dollar contributions from locals across the Big Bend. “We don’t often get the opportunity to bring the region together and it’s been inspiring to see so many from across the area and beyond supporting this sacred ground,” said Big Bend Conservation Alliance Executive Director Shelley Bernstein.

Still, there’s a long way to go to protect the site for future generations. As far as Rodriguez and other Lipan Apache descendants are concerned, Lipan history is everyone’s history. “There are centuries of West Texans buried there,” he explained. “Our people are there. I have ancestors buried there, but I would say if you just moved here and want to spend your life here — I would tell you that these are your people, too.”

Those interested in donating to the GoFundMe can visit this link: https://gofund.me/325b4acb