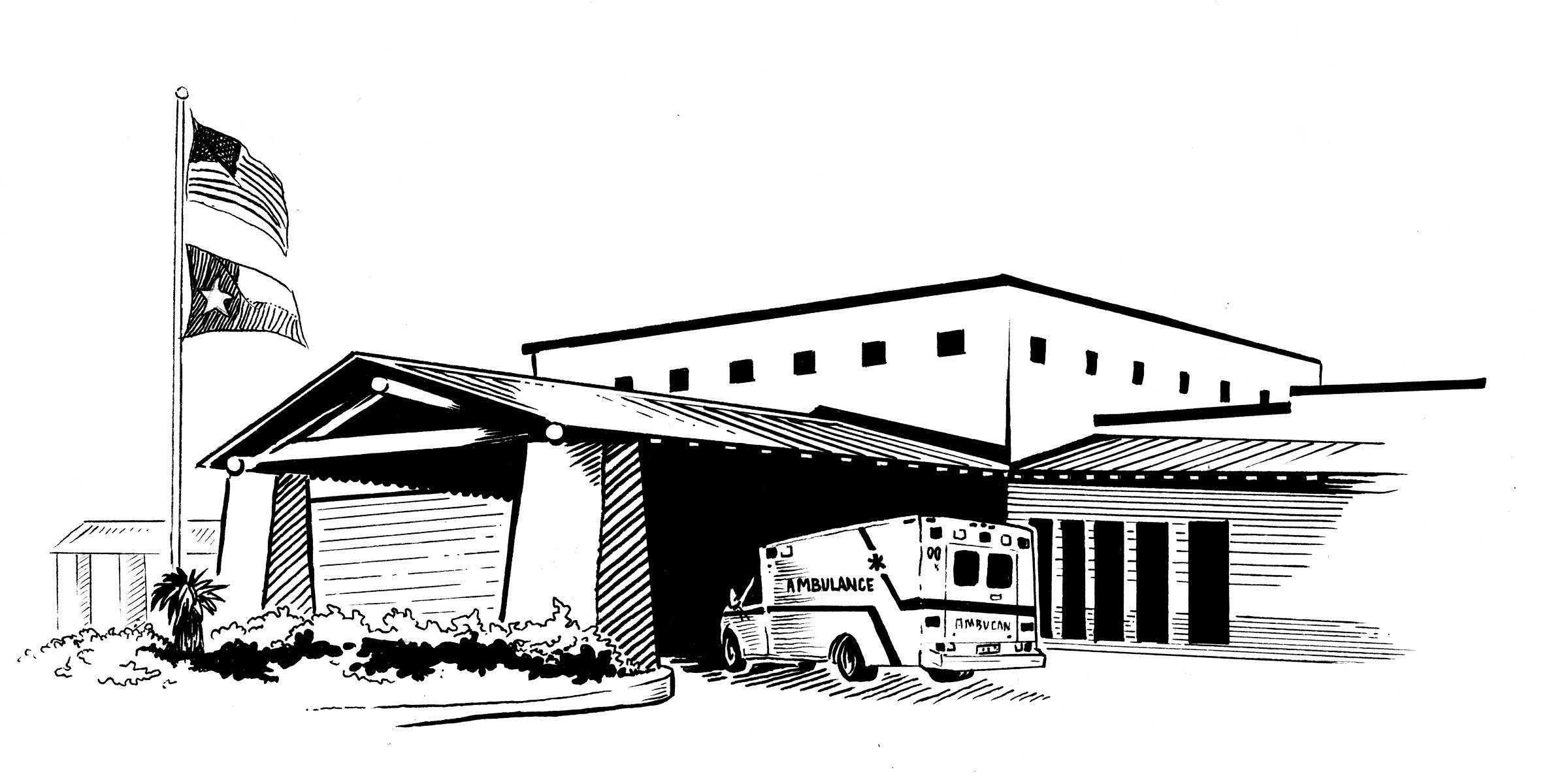 ALPINE — At the end of January, Big Bend Regional Medical Center undertook a significant restructuring of its hospital operations due to a staffing shortage — moving forward, what had previously been the med-surg unit, or general care for hospitalized patients, would be absorbed into the emergency department. Operations for both departments would be run out of the same area of the hospital, which had previously only been the emergency room.

In the weeks that followed, locals who witnessed the newly-combined operations have raised concerns over the ramifications for patient care.

Last Thursday, at the most recent board of directors meeting for the Big Bend Regional Hospital District, Malynda Richardson — until recently the EMS director for the city of Presidio, now its CFO — posed a question during the public comment period: could the board provide an update on the status of Alpine’s Big Bend Regional Medical Center, specifically with regards to ongoing diversions and a recent decision to combine med-surg with the emergency department?

“I just think it’s important for the community to know,” remarked Richardson “What is the status?”

J.D. Newsom, the board’s executive director, agreed, but said he had no update to offer in terms of staffing or otherwise, but he’d heard patient volume had decreased that week. Richardson noted that there was not much information coming out of the hospital, but that EMTs were reporting a “chaotic” scene.

“You hear everything’s coming up roses, but then you go into the ER, and I know these guys have said it’s just rather chaotic,” she said.

Accounts from patients who have visited the hospital’s emergency room in recent weeks support this characterization, as does the account of a local EMT who frequently brings patients into the hospital. The EMT, who requested anonymity, said this decision had an immediate negative impact on the emergency department’s functioning due to overcrowding.

The emergency department previously had enough rooms to accommodate eight beds, said the EMT — but in the days after the department had absorbed med-surg, during the first week of February, the EMT observed that only two rooms were available for emergency room patients, and that the overflow resulted in unrelated ER patients sharing rooms while others lingered on beds in the department hallway.

“They literally have patients sitting in beds in the middle of the hallway for everybody to see,” said the EMT. “There is just no privacy whatsoever.” The EMT recounted having to put a patient they had been transporting in the waiting room because there was no bed available for the patient.

The EMT expressed concern that the lack of space for emergency patients will compromise the quality of care available. “This will cause critical and serious patients to face a very high probability that they will not have a room for them, and result in people waiting for care, even if they are critical,” said the EMT.

Two patients who visited the ER the following week — the second week of February — provided similar accounts of overflowing rooms, and both told The Big Bend Sentinel that patients were relegated to gurneys in the hallway due to a lack of space.

Alpine resident Michael Turcot, who went to the ER on the night of February 7, recounted being treated on a gurney directly outside the room of a COVID-19 patient because there was no room for him elsewhere — the door to the COVID patient’s room was open and there was no curtain, and the COVID patient was not wearing a mask because they were receiving oxygen. According to Turcot, hospital staff confirmed the patient in the room had COVID.

“We were there for over three hours, and that’s kind of scary — that’s considered close contact under all the CDC rules,” said Turcot.

Turcot said he was sharing the hallway with another unmasked patient who was also on a gurney. “She was in a lot of pain,” he said. “She was moaning and groaning and finally went to sleep.”

Turcot said that hospital staff told him this shortage was due to the recent consolidation of the emergency department with med-surg. “They told me they had no beds because all the patients in the general hospital had been moved to the emergency room area,” he recalled.

He stressed that he had no complaints about the staff who were treating him. “They were doing the best they could under the circumstances,” he said.

“An elderly man having breathing issues and breathing heavily just with the slightest little movements being put in a room with somebody who has COVID was probably not a good scenario for him.”

The only thing between them was a curtain, the patient said. The patient also said that when walking through the hallway, they observed patients in the hallway on gurneys.

When reached for comment, hospital spokesperson Ruth Hucke said the restructuring was temporary and that new nurses are slated to start work at the hospital in March, which will address the staffing shortage.

“Facing staffing struggles nationwide, an uptick in omicron patients, and FEMA and temporary nurse contracts ending, we implemented an interim solution to keep as many patients at Big Bend as is safely possible,” said Hucke, who added that hospital staff makes changes according to patient volume.

“As cases of COVID-19 increased and staffing challenges persisted, we converted same-day surgery rooms to medical/surgical rooms to care for more patients. Hospitals are well-trained in repurposing different areas of hospital to meet patient demand. We currently operate eight emergency department beds, a triage bay and overflow rooms depending on volume fluctuations.”

Staffing issues at the hospital have been a long-recurring problem — beginning in July, a nursing shortage forced the hospital’s labor and delivery wing to reduce its hours of operation, intermittently shutting down for days at a time. At the time, Hucke said the hospital was actively working to address the shortage and hire new nurses. The problem persisted, however — the labor and delivery wing was closed for an uninterrupted two weeks in December, then-EMS Director Malynda Richardson said at the time.

Turcot expressed concern as a resident of the community who relies on the hospital for healthcare services.

“If all of us want to continue living here in this region that we love, we have to get this under control and have decent medical care,” he said.