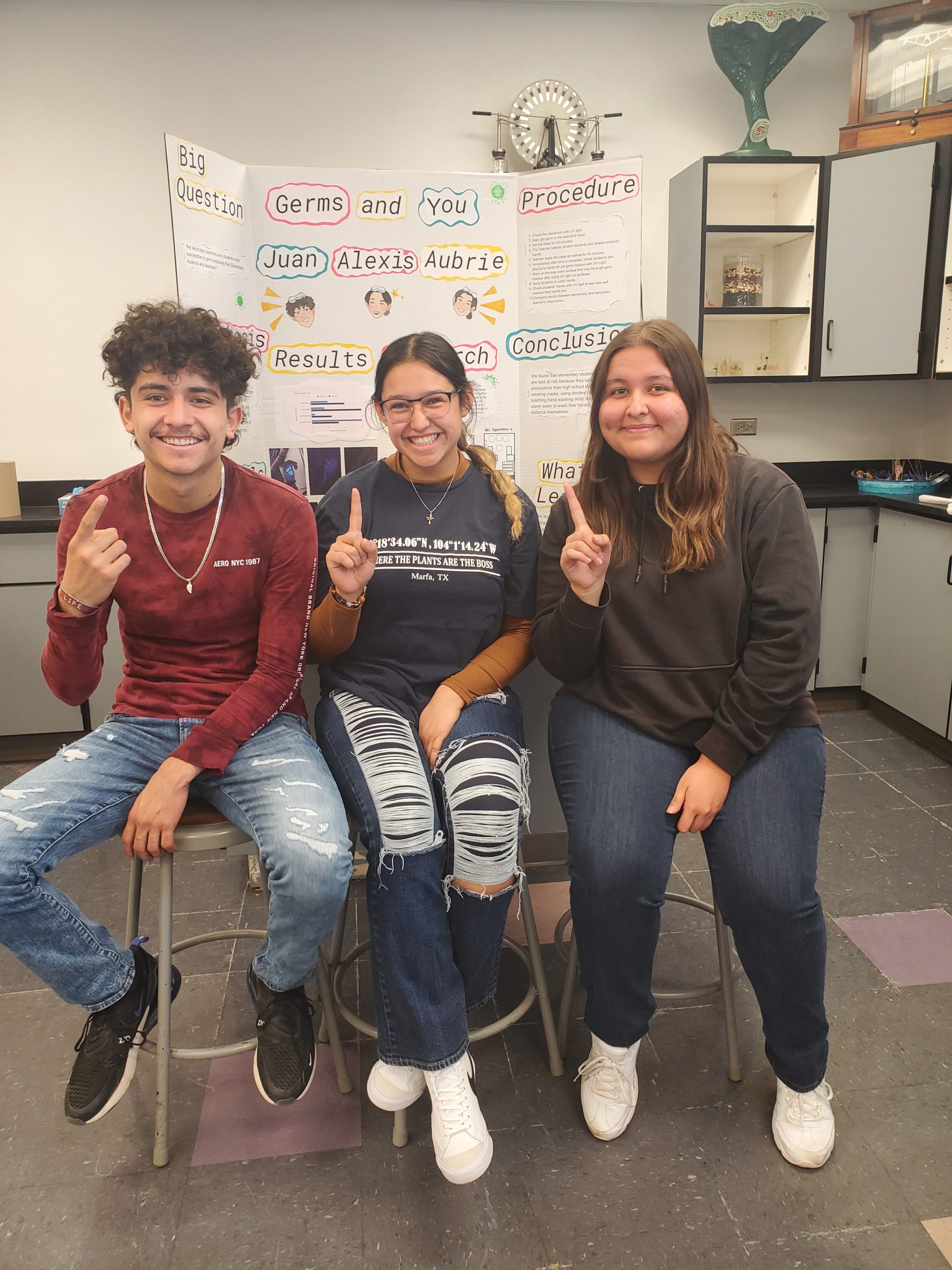 From left, juniors Juan Avila, Alexis Gonzales, and Aubrie Aguilar who won first place in their category and best in show for their science fair project “Germs and You” at the UTPB Science and Engineering Fair this past weekend. The team will automatically advance to nationals. Photo courtesy Elizabeth Donaldson.
Subscribe

ODESSA — The town of Marfa was well represented at last weekend’s University of Texas Permian Basin Science & Engineering Fair, where numerous Marfa ISD students walked away from the competition with awards.

Alexis Gonzales, Juan Avila and Aubrie Aguilar, a team of juniors, won first place in the senior division for their project “Germs and You” in the microbiology category. The project was also selected as the overall best in show. As best in show, the project qualified to go directly to the International Science & Engineering Fair, which will be held in Atlanta, Georgia, May 8-13. Only one project at the UTPB science fair is selected to bypass state and attend nationals.

The victorious students said they were thrilled with the results.

“I am proud of my teammates and I’m super excited for our team!” said Aguliar.

“It was an amazing feeling, I was definitely shocked when we found out, it was the funnest day ever!” said Gonzales.

“I was surprised, not only that we won but that we made it to nationals,” added Avila.

Juniors Brianna Sanchez, Soraya Vallez and Febi Brimhall also came in first place in their category, earth and environmental sciences, for their project “How can we efficiently and effectively clean up oil out of bodies of water?” They will advance to the state competition, the Texas State Science & Engineering Fair, which is hosted by Texas A&M in College Station.

Vallez said working on the project had been a lengthy process but had “paid off in the end.” Her teammate expressed excitement that they were advancing in the competition

“We worked hard, and we made it to state, yay!” said Sanchez