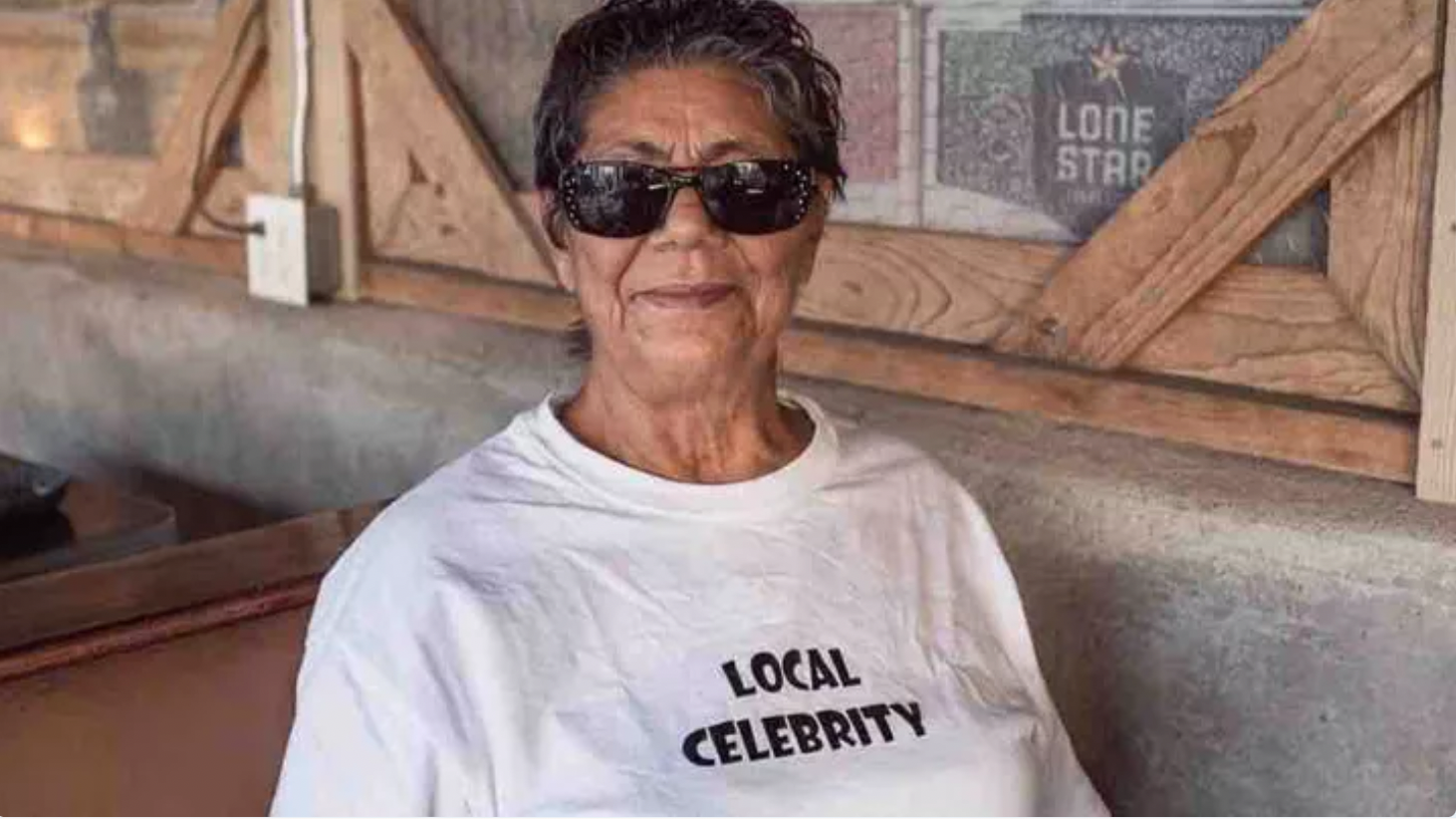 MARFA — Siria Acosta — also known as “Sid Vicious,” “the woman who brought MTV to Marfa,” “the unofficial mayor of Marfa,” and, to disgraced former Presidio County Sheriff Rick Thompson, “the Marfa outlaw” — passed away from complications due to COVID on February 19. Her sons are now spearheading an effort via GoFundMe to pay for her medical expenses and for a celebration of life they hope to throw in Marfa later this month.

“She was definitely a bright star,” her son, Alex, remembered. “Growing up with her was just a riot and a blast. As a kid I was never really embarrassed of her — you know, most kids are like ‘Ugh, mom, calm down.’ I was always happy to hear her screaming from the stands, no matter what sport I was playing. We really had more of a friend relationship.”

Acosta, a single mother who gave birth to her first son her freshman year of high school, was always there to support her sons in whatever they did — as well as everyone else’s children. “She had a whole bunch of people she called her adopted kids, and growing up, my cousins would flock to her,” Alex remembered. “She was definitely one in a million.”

Marfa native Arthur Ruiz wasn’t a blood relative, but felt a true bond. “​​My grandparents from Marfa died when I was young. Sid was like that grandmother that I needed, that I always wanted. She was a great example of how you don’t have to grow old.”

When Ruiz and Acosta were neighbors in Marfa, she would often ask him to help retrieve the keys she frequently left locked in her truck. “It was a little S10 Chevy,” he recalled. “She had a secret way of lowering one of the windows. But her arms were too short, so she would always come in and grab me and say, ‘Mijo, can you go and unlock the door?’”

Before Ruiz moved to Los Angeles to pursue an acting career, Acosta would bring him thrifted items she thought he might need for the next chapter of his life — a Louisville Slugger, among other things. “I feel like Sid especially had some kind of love for people who were alone. Not only people who were from Marfa or had a connection to Marfa, but Sid would be really cool to people who just showed up — wandering spirits, you know. It was like she could tell that they needed some kind of mama love.”

Alex has a lifetime of cherished memories of his mother, but a more recent episode stood out to him: the night of Sid’s 58th birthday party, during which she bashed open an eyebrow and lost a tooth at a punk show thrown in her honor by a cousin. “The next morning was just hilarious,” he remembered. “I could hear her moaning for Gatorade like a battle cry or something. I was like, ‘Are you sure you’re my mom?’”

Acosta spent her whole life living “the Marfa hustle”: working odd jobs, organizing yard sales, and taking care of everyone on the side. “Living in Marfa, she really didn’t have a nine to five job. That’s part of the beauty of Marfa, is being able to live as you please. But in the same regard, that really hurt her because she was unable to qualify for Social Security or Medicaid.”

Her two sons, both now with families of their own, are struggling to figure out how to pay her final bills. To make up for her last days stuck in a hospital bed, her family wants to throw her the final party she always wanted: to be cremated and have her ashes taken to the Lost Horse and Planet Marfa, two places she always felt at home. “She loved her community so much,” Alex remembered. “She never wanted anybody to take care of her, but I want to at least make sure she can buy everybody a shot or a round.”

Those wishing to donate can visit the GoFundMe at https://gofund.me/1a0eb1eb.