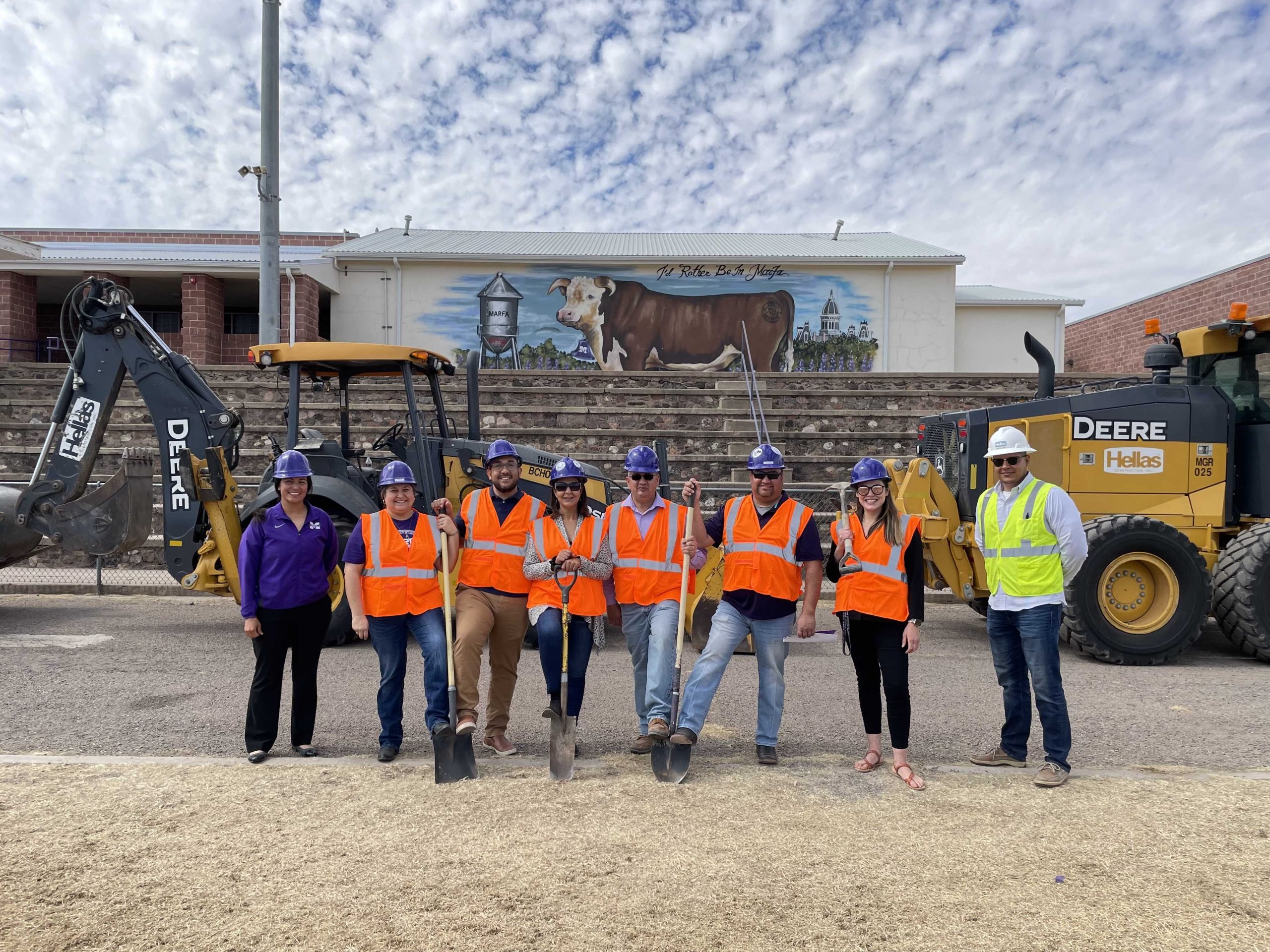 MARFA — Marfa High School is getting a brand new, six lane track to the tune of $926,000, with school board members and staff breaking ground on the project this week.

The board of trustees approved the track in late January and Hellas, the company overseeing construction, began bulldozing the area a little over a month later on March 2. The school board was hoping to have the new track complete in time for high school graduation, but as with most construction projects, there have already been some slight hiccups, said Athletic Director Linda Ojeda at this week’s school board meeting.

She said a miscommunication regarding drainage will add two to three weeks to the construction timeline. The track will be asphalt during graduation and not have the final polyurethane surface, she said. While incomplete, the area will still be a visual improvement compared to the old beat up track, she said. And Hellas promised to clean up the site for the ceremony.

While a disappointment, said Board Secretary Teresa Nuñez, whose son will be graduating this year, it’s important not to rush the process.

“I know we were trying to do it for graduation, but we’re spending a lot of money. We need to get it done right,” said Nuñez.

There will be no public access to the track during construction, and the school will hold athletics practices elsewhere. While construction is taking place, the junior high student drop-off and pick-up will be in front of the high school.