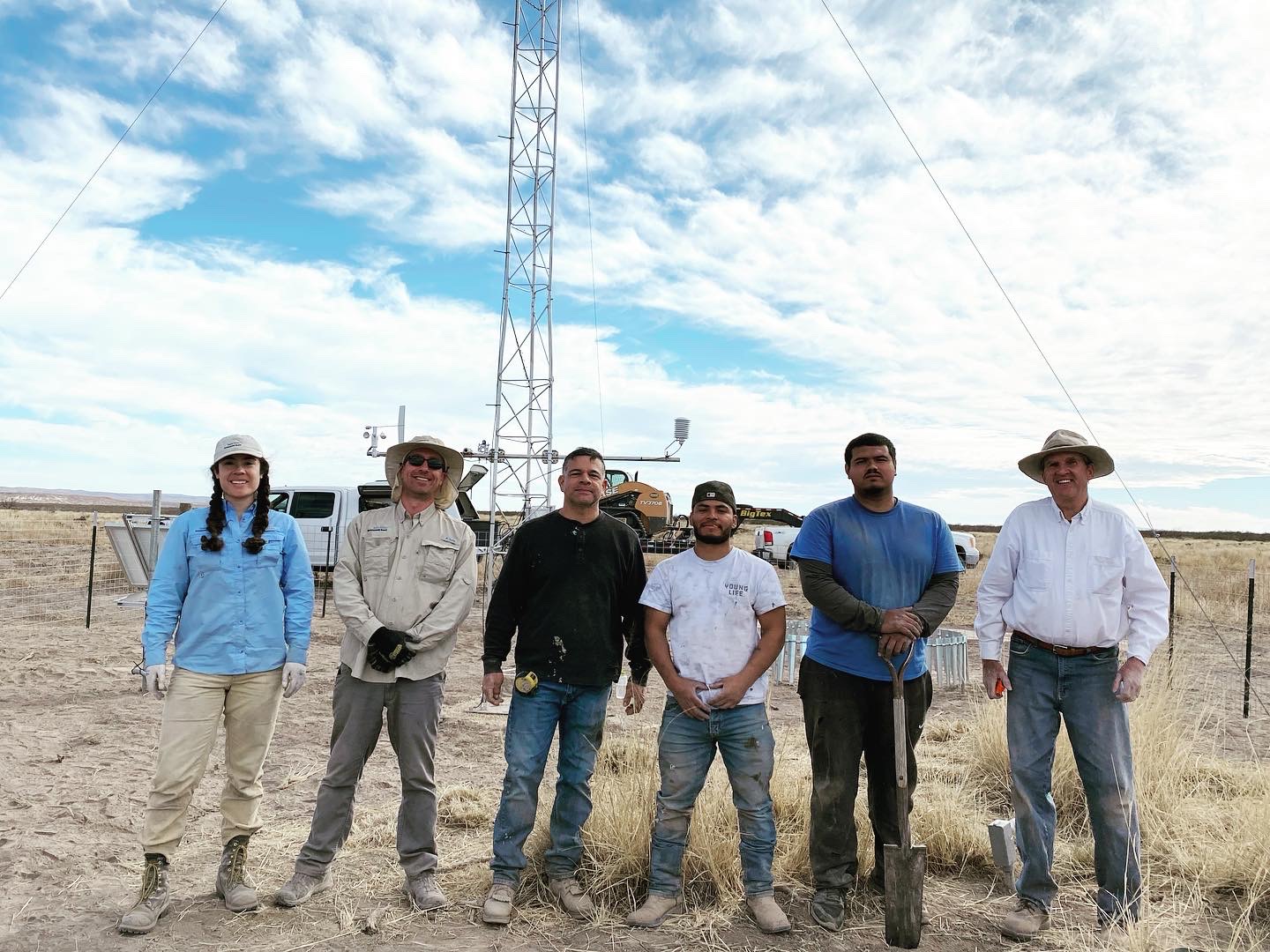 The weather and soil monitoring stations were installed by the Texas Water Development Board (TWDB) in late February with the help of locals Ernesto Zubia, Eduardo Ocon and Nevin Nunez along with Alamito Foundation employees Programs Director Caroline Travis and Land Operations Manager Dr. Lynn Loomis.

“It helps [The TWDB] connect the data across the state and helps us because we have live weather updates for the ranch,” said Travis.

The newly-established Alamito Foundation, which is awaiting official nonprofit status, is the brainchild of Marfa resident Garey Willbanks, co-founder and principal of Teal System and Republican candidate for Presidio County Commissioner Precinct 4. The foundation’s mission is twofold — to improve the lives of Big Bend’s youth through educational programs and career preparation and to practice responsible land management by restoring native grasses and protecting watersheds on its 3,400-acre ranch located in the Alamito Valley. 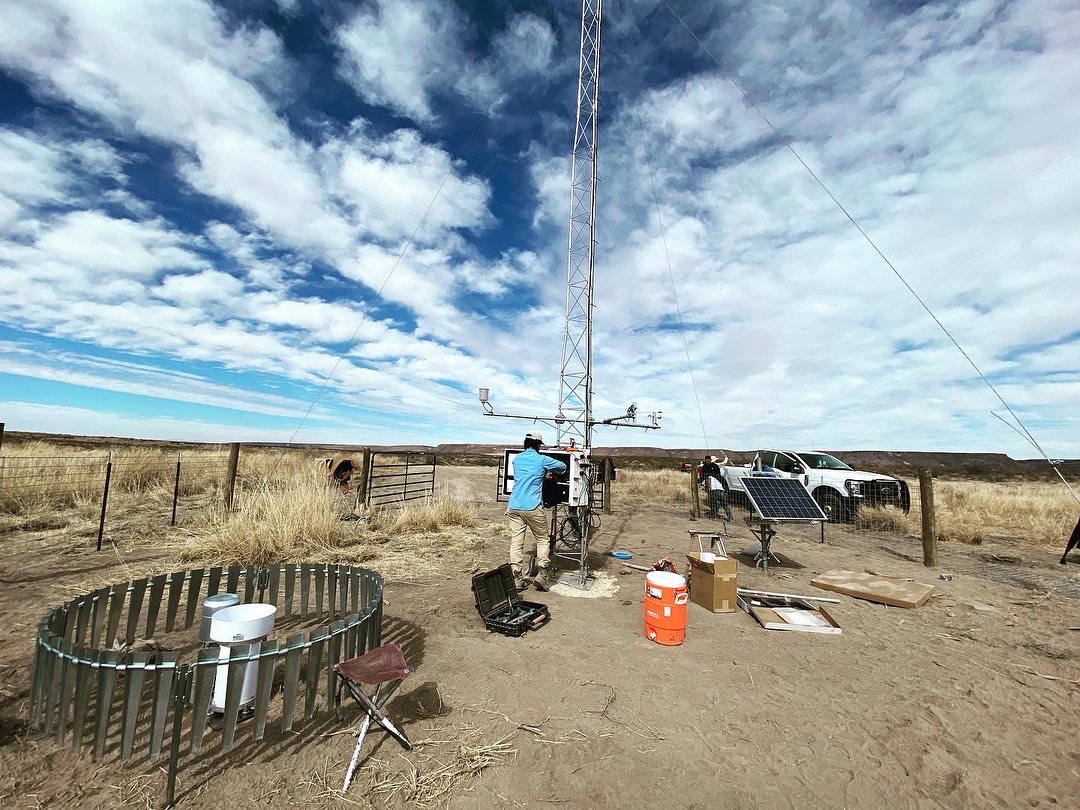 The foundation considered purchasing the whole weather and soil monitoring system themselves, said Travis, which costs around $20,000, but discovered the TWDB would install the equipment for free on behalf of their TexMesonet program, which was established in 2016.

Data collected at the site can help forecast weather and determine when fire and freeze warnings need to be issued, according to the TWDB. For the Alamito Foundation, specific weather data about their property will also be utilized to make decisions about when to perform certain ranch operations, like prescribed burns, which revolve around rainfall and wind data, said Travis.

Travis said by installing the station early on, the foundation will be able to gather data over a longer period of time, helping them notice weather trends and patterns on the property.

“This gives us information from our homes. It’s going to be really cool to see over the next 20, 30 years, just the patterns of weather out here and how that affects the land coverage and the land restoration process,” said Travis.

The Alamito Foundation’s site joins a network of around 88 TWDB data gathering sites around the state, including sites in Jeff Davis, Reeves, Culberson and Pecos counties. By dispersing weather and soil monitoring stations across the vast region of Far West Texas, data can be collected to represent various ecological zones that may differ greatly in conditions.

Correction: Photo captions in a previous version of this story misspelled Lauren Bos’ name and misidentified the height of the tower and its sensors.