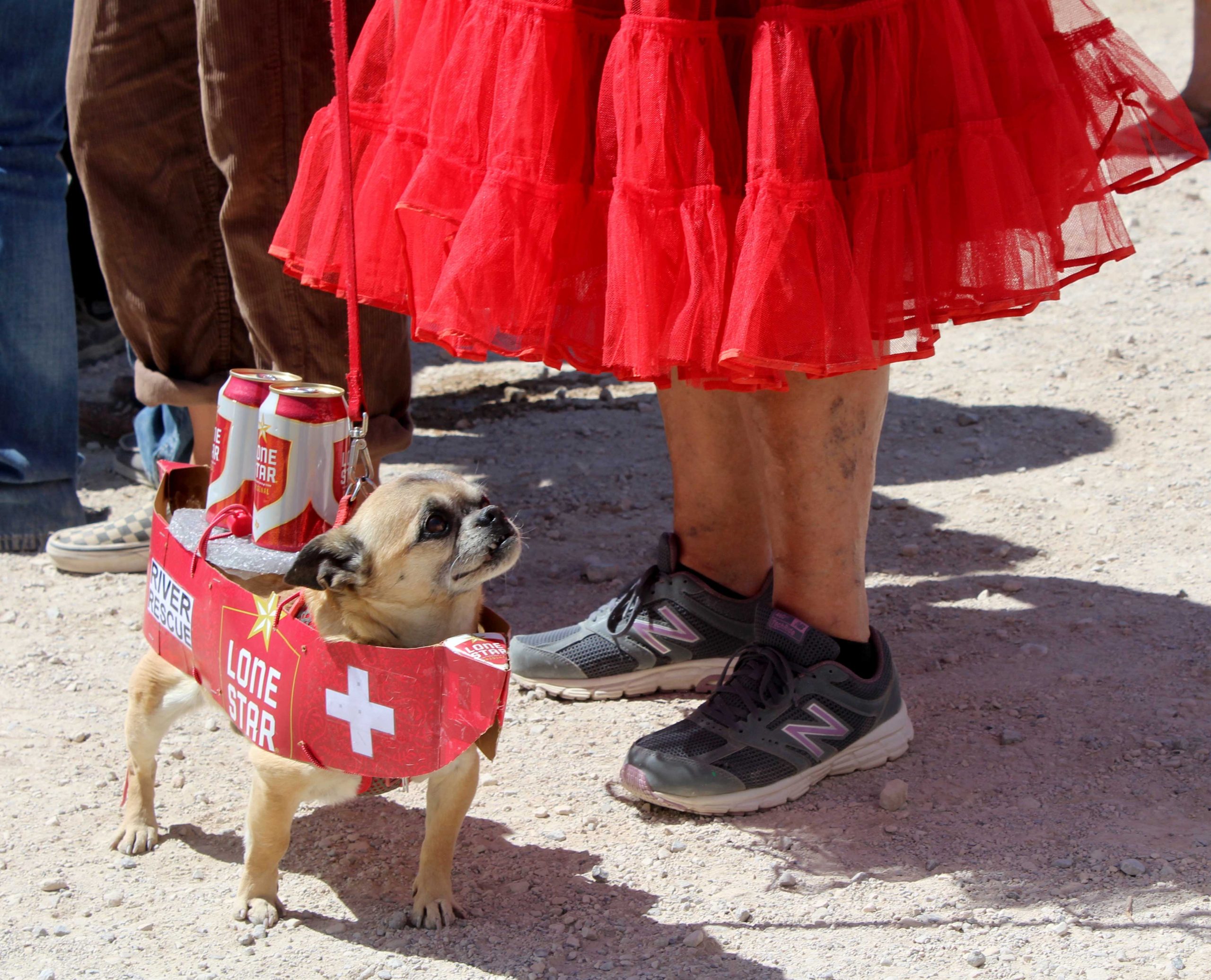 TERLINGUA — Just before the races started, there was a scramble at the finish line. Photographers elbowed each other for the perfect shot. Dog owners crouched in wait, dangling Slim Jims toward the track.

A squad of locals, including Romaldo Peña of Big Bend National Park and Michael Drinkard of the Family Crisis Center of the Big Bend, coordinated the gate drop. The athletes emerged one by one out of their cardboard slots to the roar of the crowd.

It took a few beats for new participants to understand what was going on. More often than not, the gates would drop and they’d emerge confused, blinking, tails wagging, looking for their people. More than one owner got onto the track to urge their wayward pup toward the finish line.

Mike Kasper, also known as “Dr. Fun,” has been the emcee of the event since it started in 2004. “There was only one year I didn’t do it,” Kasper said. “It was like 22 degrees outside. Too cold for me, but the dogs still raced in crazy little sweaters.”

Kasper has primarily made his South County living as a musician, with a standing Friday night set at the High Sierra Bar & Grill. His music, a hodgepodge of rock stylings, is “huge in Switzerland.”

He has known Drinkard, crisis service specialist at the Family Crisis Center, since he moved to Terlingua almost 40 years ago. Early in the 2000s, Drinkard floated the idea of a dog race. “I don’t know if it’ll work, but dude, let’s do it,” Kasper remembered saying.

This was before Terlingua was “discovered,” as Kasper puts it, and there were lulls in between the regular pulses of tourists for holidays and spring break. A bike race scheduled for February got canceled, and it seemed like there’d be nothing to break the monotony.

“It’s a time when there are no tourists, when everybody’s kind of feeling down because it’s the middle of winter and people drag their feet,” Drinkard explained. “We were thinking there must be something we can do for morale.”

The canceled bike race had been known as the Chihuahuan Desert Challenge. Drinkard and his coworkers racked their brains. What about some kind of “Chihuahua Challenge”?

“My friend and I had Chihuahuas, and our friends who were school teachers had a Chihuahua, and it seemed like the Chihuahuas didn’t like each other,” Drinkard recalled. “We thought we could settle it with a dog race.”

Initially, everyone doubted the mechanics of Chihuahua racing. “At first we thought, ‘This’ll be really dumb,’” Drinkard said. “We thought it’d be like trying to race wild cats or something.”

Still, a big crowd of locals turned out for the event. “Lo and behold, the little doggies ran down the track against each other, and the crowd went wild,” Kasper remembered.

For the first few years the event was mostly attended by locals and grew to include entries from Marfa, Marathon and Alpine. As tourism in the Big Bend parks has exploded, the event has morphed to include more out-of-towners — the date has been set for the last weekend of spring break so tourist kids can take part. “COVID really blew a hole in everything, but the year prior was a gangbuster,” Kasper said. “There were people from all over the country. New York, Dallas — they were from everywhere.”

Julia Jellison of Tonganoxie, Kansas, made the trek mostly to see her children, Jared Jellison and LaNetta Barnes of Terlingua. She and her 14-year-old “chug,” Buddy, ended up stealing the show at the costume contest. Buddy’s costume was a boat-themed outfit repurposed from a case of Lone Star.

Jellison’s son is a well-known river guide in the area and provided the inspiration for Buddy’s outfit. “I said ‘canoe,’ and he ran with it,” she said.

Sandra Aranda and her son, Dylan, brought their Chihuahuas, Chiquiti and Tiny, down the River Road from Presidio. The canine Arandas were dressed with a luau theme — Chiquiti was sporting a Hawaiian shirt, and Tiny strutted her stuff in a grass skirt and lei. The garments originally adorned liquor bottles but turned out to be perfectly sized for the dogs.

Aranda has been a proud longtime Chihuahua owner. “They’re so lovable,” she said. “And you can carry them everywhere.”

In all the years that Kasper has been a part of the festivities, there have been few mishaps. True to Terlingua, the weather can be unpredictable, and the event’s home turf — the unpaved parking lot of the Starlight Theatre — occasionally becomes a dust bowl when spring winds blow in.

One year, the gates opened, and two dogs emerged entwined. “I don’t know how to phrase this exactly,” Kasper said. “The dogs…well, the dogs were in heat.”

Parents shielded their childrens’ eyes as the pint-sized lovebirds were escorted off the race track. “Other than that, we’ve had a couple of scraps, but the dogs have never really had a bad fight.”

Though Drinkard insists that the event has always been primarily to “boost morale,” it’s an opportunity for locals and businesses to come together to support the Family Crisis Center of the Big Bend. The Crisis Center has shelters in Presidio and Alpine, serving families and individuals who have been the victims of crimes. The Terlingua office serves as a satellite for those shelters, helping connect folks in need with services in an extremely remote part of the region.

“Somebody’s already telling them what to do — we help them identify available options, and the choices are all theirs,” Drinkard explains. “We help people recover from whatever things have happened to them and work towards self-sufficiency.”

Each year, he tours local businesses with a stack of blank gift certificates that race attendees can bid on at a silent auction. The money goes to support a variety of outreach services that the center provides. “They help so many poor people with their [grocery] boxes,” Kasper said. “A lot of families out here really depend on that.” This year’s races raised about $1500 for the center.

Ultimately, the Chihuahua races are a celebration of local dogs, fixtures of the community in tiny, far flung Terlingua. Dogs accompany their owners off-leash to the local watering holes and roam the desert in packs, looking for adventure. They’re present at all community events, and have even been known to interrupt performances by the local burlesque troupe.

“In Terlingua, you will never find a bored dog stuck in a dark, dingy apartment all day that never gets to go out and see the sunlight or other dogs,” Kasper said. “To a dog, Terlingua is freedom.” 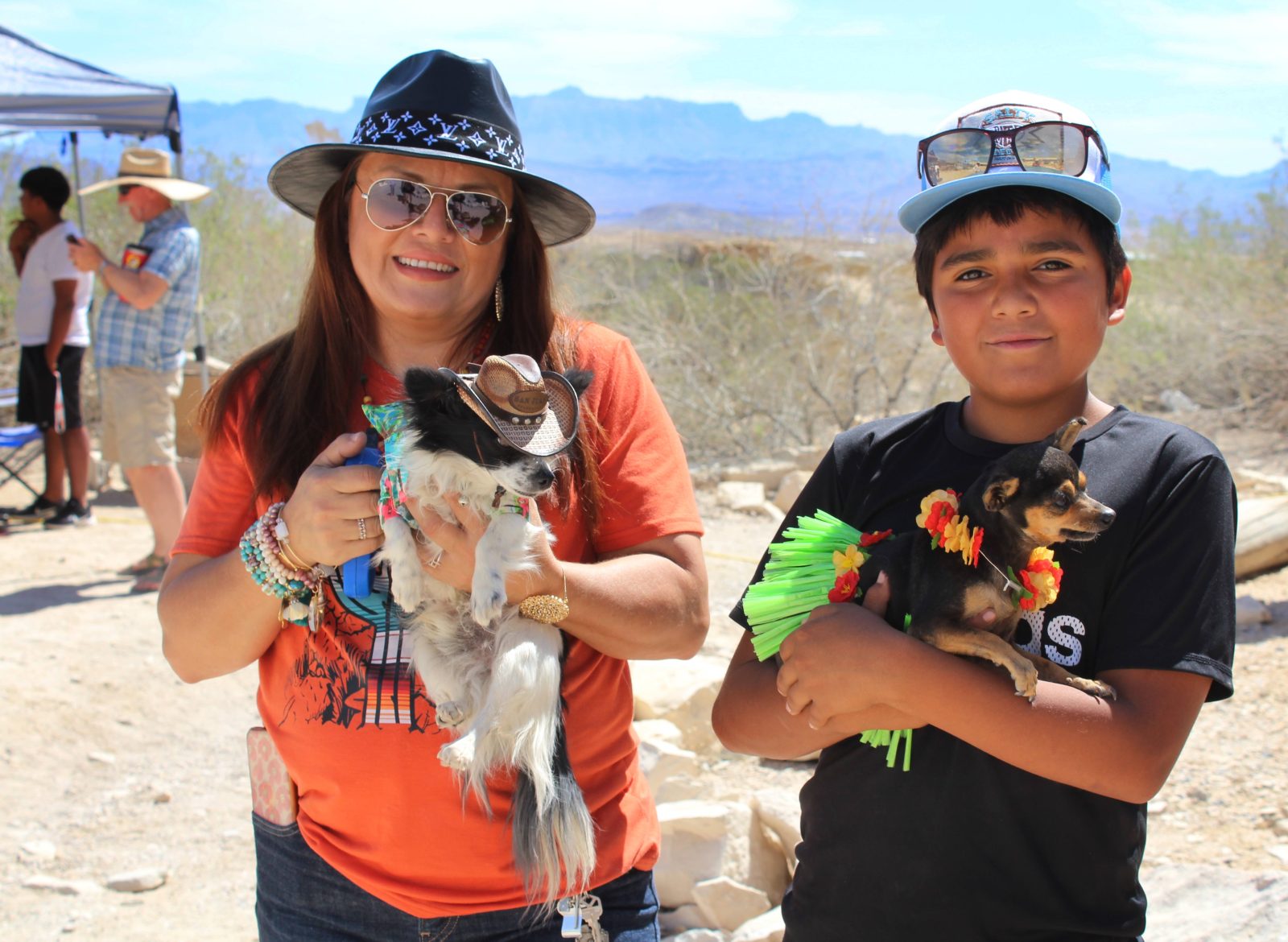 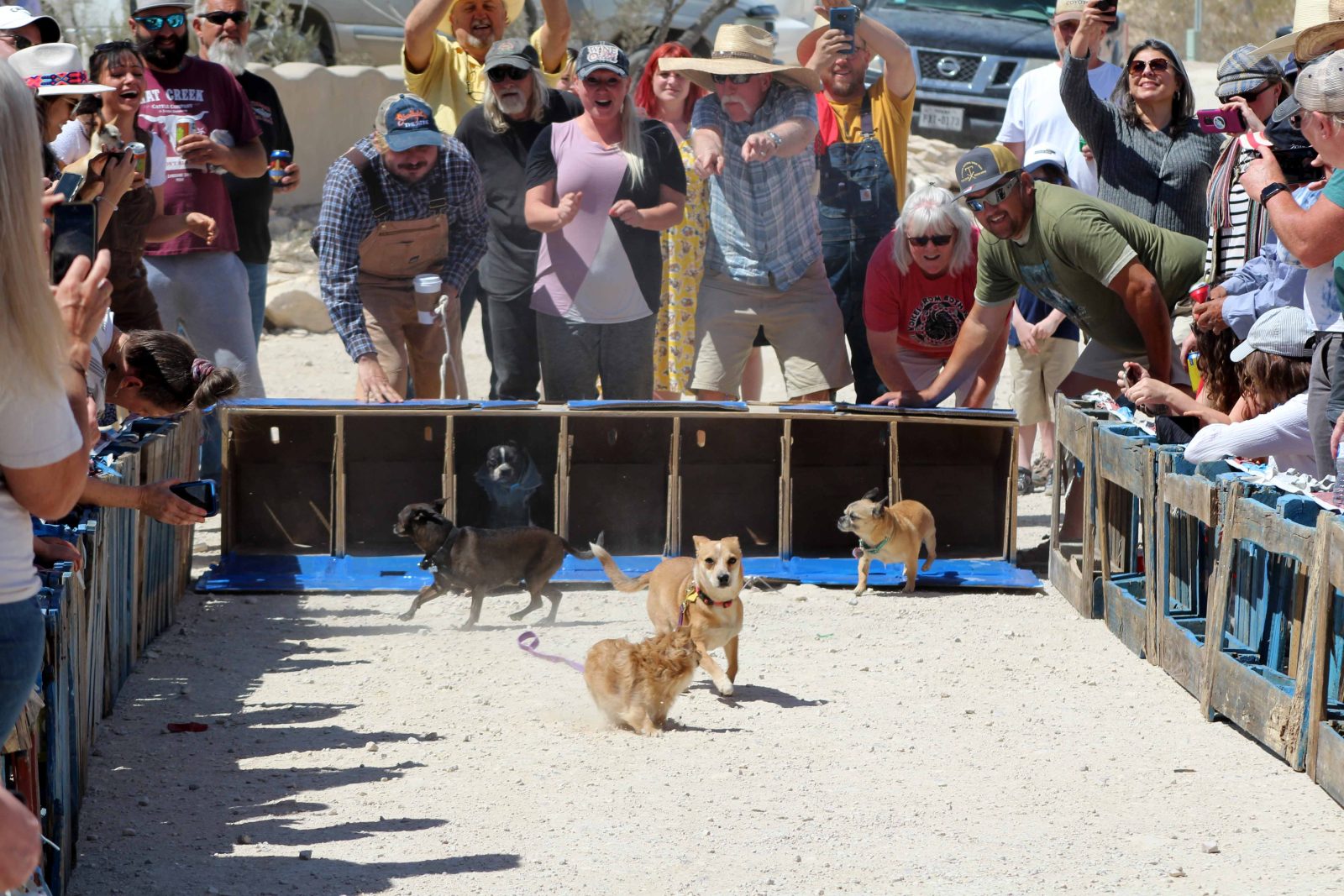