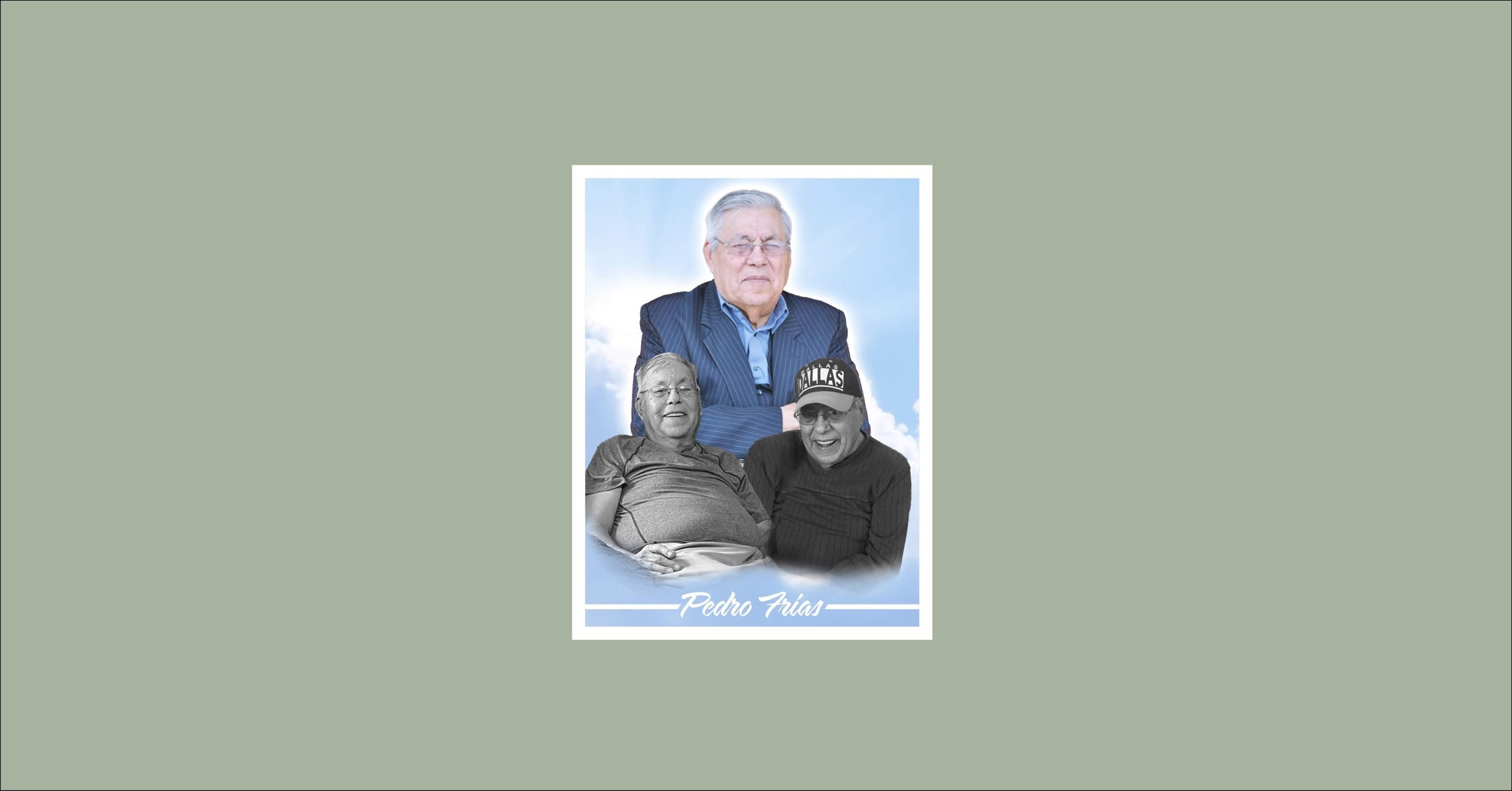 Viewing was held at Alpine Memorial Funeral Home Memorial Chapel on February 19, 2022.  Cremation burial will be scheduled for the immediate family at a later date.

Pedro was born in Marfa to Mike and Felomena Frias on June 28, 1939. He attended school in Marfa. He married Frances DeAnda on May 13, 2008, in Marfa. He worked for Cashway as a manager for over 30 years and BMC West as a contract salesman. He was a big fan of the Dallas Cowboys and enjoyed walking and having breakfast with friends.

Pedro is preceded in death by his parents, Mike and Felomena Frias, and Isabel Frias.