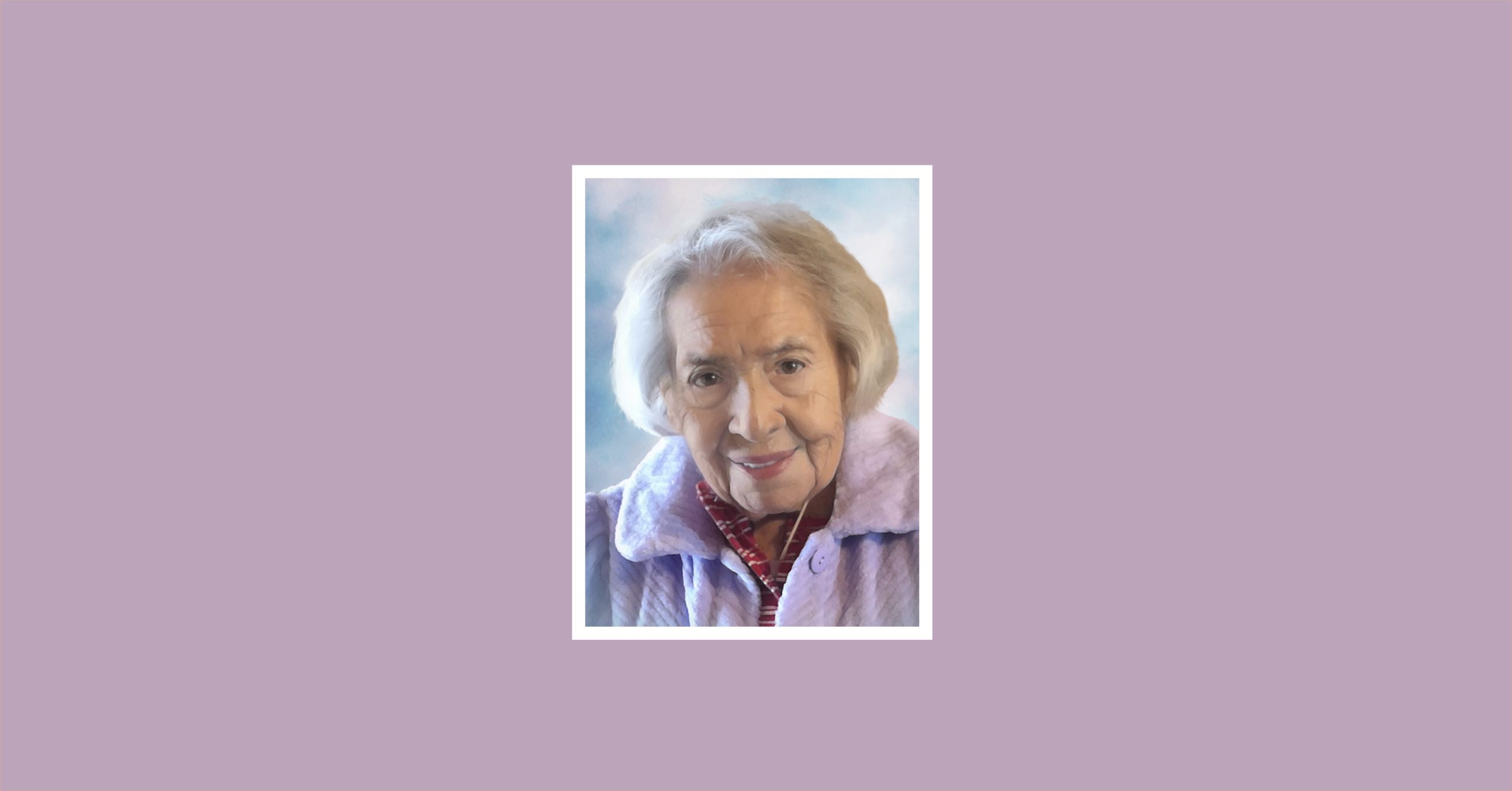 With the love of her beloved family by her side, Estela C. Madrid, 83, of Marfa, closed her eyes to her earthly home and opened them to her heavenly home on Tuesday, April 5, 2022.  Estela was born in Shafter, Texas, on September 16, 1938, to Angel Cabezuela and Leandra (Rodriguez) Cabezuela. Estela also worked for Victims of Crime, city secretary for the City of Marfa, and retired from the United States Border Patrol where she worked as a budget assistant.

She was also the matriarch of her beloved family.  Mass of Christian burial was held on Wednesday, April 13, 2022, at St. Mary’s Catholic Church with Father Pablo Matta serving as Funeral Celebrant. Burial followed at the Merced Cemetery in Marfa.

Estela loved her family with all her heart. Estela was a member of the Blackwell School Alliance. She loved to read and watch TV (especially her “cowboy” movies). Estela was proud to be an extra in the movie Giant. She loved knitting, crocheting and holidays in which her family would be together.

Those preceding Estela in death are her parents, Angel and Leandra Cabezuela, and two sisters, Lucia Vallejo and Bestina Cabezuela.

Those left to cherish and honor the memory of Estela are her daughters, Cynthia Llanez and husband Oscar of Alpine, and Velda Jaquez and husband Max of Alpine; son Glenn Madrid and wife Ellen Meyer of Marfa; sisters Nora Olivas and husband Norberto of El Paso, Lupe Duarte of Odessa; brother Joe Angel Cabezuela and wife Alma of El Paso, grandchildren Jordan Llanez of Alpine, Joshua Llanez of Alpine, Jessica Villanueva and boyfriend Ismael Moreno of Dallas, Zachary Madrid and fiancé Itzel Garcia of Austin; step-grandchildren Zoe Robertson and husband Frank of Union City, New Jersey, and Lara Reece and husband Ron of Union City, New Jersey; several nieces and nephews. Those that held a special place in Estela’s heart were her beloved members of “The Dream Team” Blackwell School Alliance.  Services have been entrusted to Alpine Memorial Funeral Home.

Online condolences may be left at www.alpinememorialfuneralhome.com