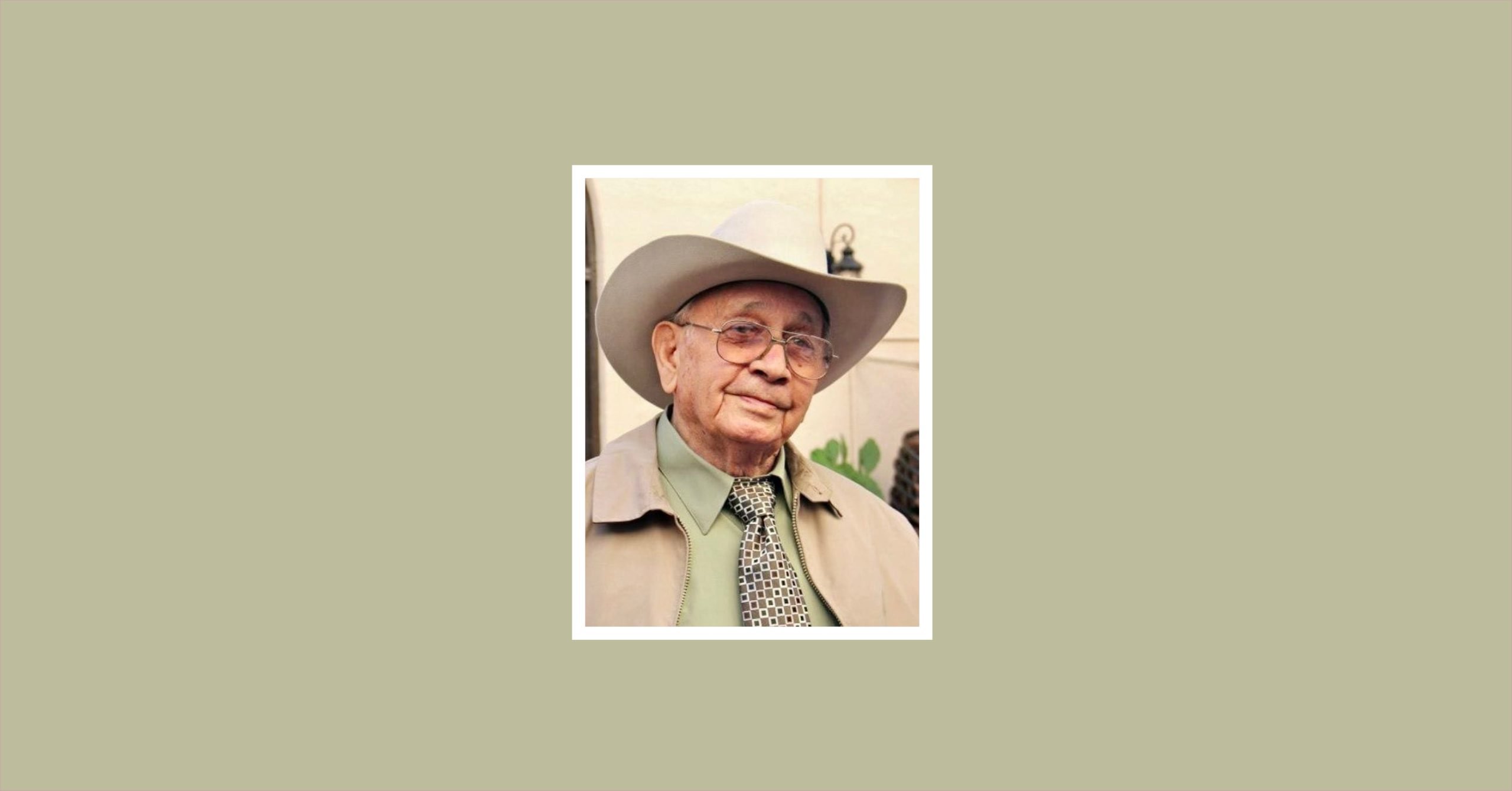 At the age of 95, Lucas Rocha Sanchez from Valentine, Texas, went home to his heavenly Father on November 12, 2020.

A celebration of life is being held in his honor on Saturday, April 23, at 9:30 a.m. beginning with the ability for those who would like to say a few words to speak at that time, and Mass immediately following at our Lady of Peace Catholic Church in Alpine, Texas. Graveside service with full military honors to follow at 2:30 p.m. at Sacred Heart Cemetery in Valentine, Texas.

Lucas is survived by one daughter, Meg Blair, and husband Troy from Springtown, Texas; grandkids Taryn Wessel (and her husband Danny) from Spring Branch, Texas, and Cody Walker from Springtown; along with three great-grandchildren, Brooklyn Jett, Scarlett Blair, and Rhett Lucas, who was lovingly named after his great-grandfather. He is also survived by two sisters, Armida Best and Druscilla Rivera.

Lucas was the son of Miguel and Ysidora Sanchez from Valentine, Texas. He was a ranch cowboy who worked for years at the Brite Ranch before joining the Navy, where he became a World War II veteran. Upon his return from serving his country, he went to work for Southern Pacific Railroad where he worked for 42 years until he happily retired.

Lucas was very well respected in his community for his tireless work in the Catholic Church and his ability to help those in need. He was a kind man who never met a stranger and loved to tell jokes. He loved to hunt and was also a great carpenter, remodeling many things over the years. He and his beloved wife Sylvia both loved to dance, and were often the first ones on the dance floor. They also loved spending time with their grandkids. As his family grew up and got older, he loved sitting around visiting with his grandson Cody and his son-in-law Troy and talking about the old days and drinking his Coors Light or his nightly glass of red wine. Lucas loved the sport of rodeo and never missed one within a couple of hundred miles if he could help it. In his later years, he became a fan of telenovelas and even learned to play the guitar, something he had wanted to do for many years.

The family would like to thank everyone for their many prayers, visits, phone calls, etc. throughout the time he was ill. It meant the world to him to know just how many people cared so very much. Many thanks to all the people who helped take care of him, including Dr. Raphael Escovar and Agave Home Health Care.