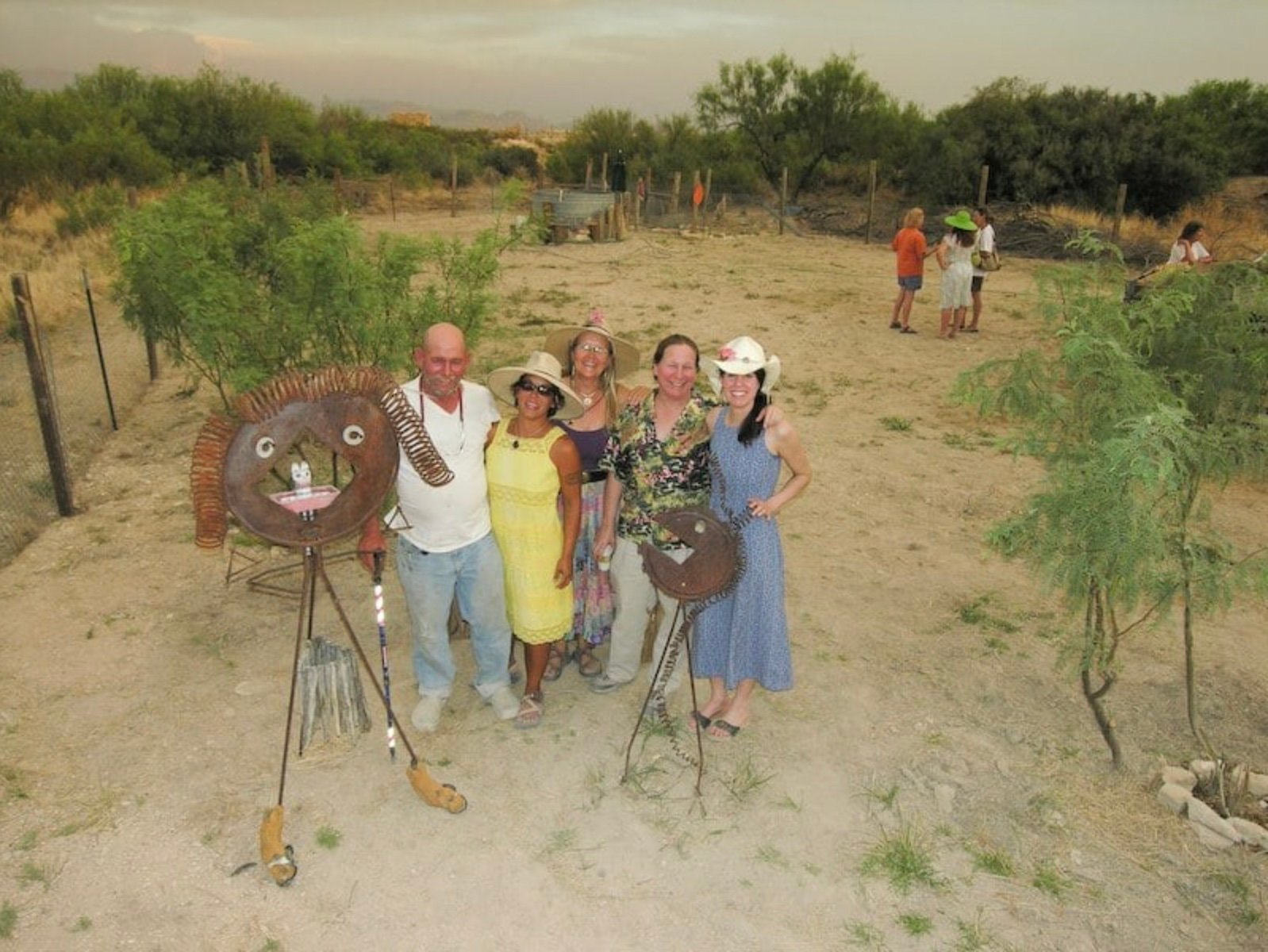 TERLINGUA — This Saturday, the Terlingua Community Garden will throw a quinceñera bash to celebrate 15 years of Ghost Town growing. Locals and visitors are welcome to join for a full day’s lineup of live music, food and hands-on activities for green thumbs of all ages. The organization will also be raising money to expand their water catchment system.

Back in 2007, a small group of locals weary of driving all the way to Alpine for fresh produce banded together to make a change. Zoey Sexton and Shannon Carter, who had recently quit their jobs as guides, decided to approach Starlight Theatre owner Bill Ivey about donating a slice of the Ghost Town to the cause.

“A lot of people offered places, but we wanted somewhere that was relatively centrally located,” Carter explained. “Without hesitation, he was completely on board. He said, ‘You guys can use that caliche pit down there,’ and laughed, but we ran with it.”

Carter and Sexton sent soil from the future site of the garden to Texas A&M for sampling. The samples came back with a pH of 8.7 — not out of the norm for the desert environment, but off-the-charts basic for a typical home garden. “They were like, ‘You guys really think you’re going to grow food with that?’”

The group asked the baristas and line cooks up the hill at the Starlight and the Posada Milagro coffee shop to donate compost, and Sexton trucked in manure from the local stables. Fifteen years of hard work later, the garden is thriving. “Last growing season, we grew 547 pounds of food out of that garden,” Carter reported.

In a place like Terlingua, which received a total of 5 inches of rain last year, every drop of water counts. The garden’s catchment system is located on the roof of the Starlight. When it rains, the roof drains into tanks behind the building, which are then gravity-fed down the hill to the garden through pipes underneath the parking lot.

The garden and the famed restaurant-and-bar have a symbiotic relationship: the catchment system fuels the garden, and also helps protect the historic building from erosion during monsoon season. “When we got big rains, the dance floor used to flood up to 2 feet,” Carter explained.

The catchment system currently covers a third of the roof, and the group would like to expand to maximize available space. Tripling the catchment system would collect 2,400 gallons of water for each inch of rain, saving the organization from having to buy water from outside sources during dry spells.

Increasing the catchment capacity would allow more gardeners to join in on the action. Eleven community members currently tend plots in the garden — greens grow “incredibly well,” and they’ve also had some success with onions and broccoli. In recent years, they’ve paused the accompanying farmer’s market due to COVID, but it provides an opportunity for locals to grow food for themselves and make a little extra income on the side or donate to neighbors in need.

Saturday’s celebration will kick off around 10 a.m. with kid-friendly arts and crafts tables and a plant sale. At 11:30, Bob Estrin of the School of Constructive Arts will give a talk on compressed earth bricks. At 2 p.m., Jeff and Binky Sartain will lead a demonstration on building with papercrete. The festivities will come to a close at 4:30 p.m., when competitors in the “quinciñera couture” costume contest will line up for judging.

Throughout the day, local musicians will perform. Beer donated by Brick Vault Brewery will be flowing, and the Kosmic Kowgirl and Milky Way Treats will provide sustenance. Attendees are also invited to bid in a silent auction for a fig tree — the proceeds will go to the water catchment project.

Folks who can’t make it to the party but would like to contribute can pick up silent auction tickets at the Terlingua Trading Company or donate remotely through the Big Bend Citizens Alliance Paypal account.

The Terlingua Community Garden is located just up the road from the cemetery in the Terlingua Ghost Town.