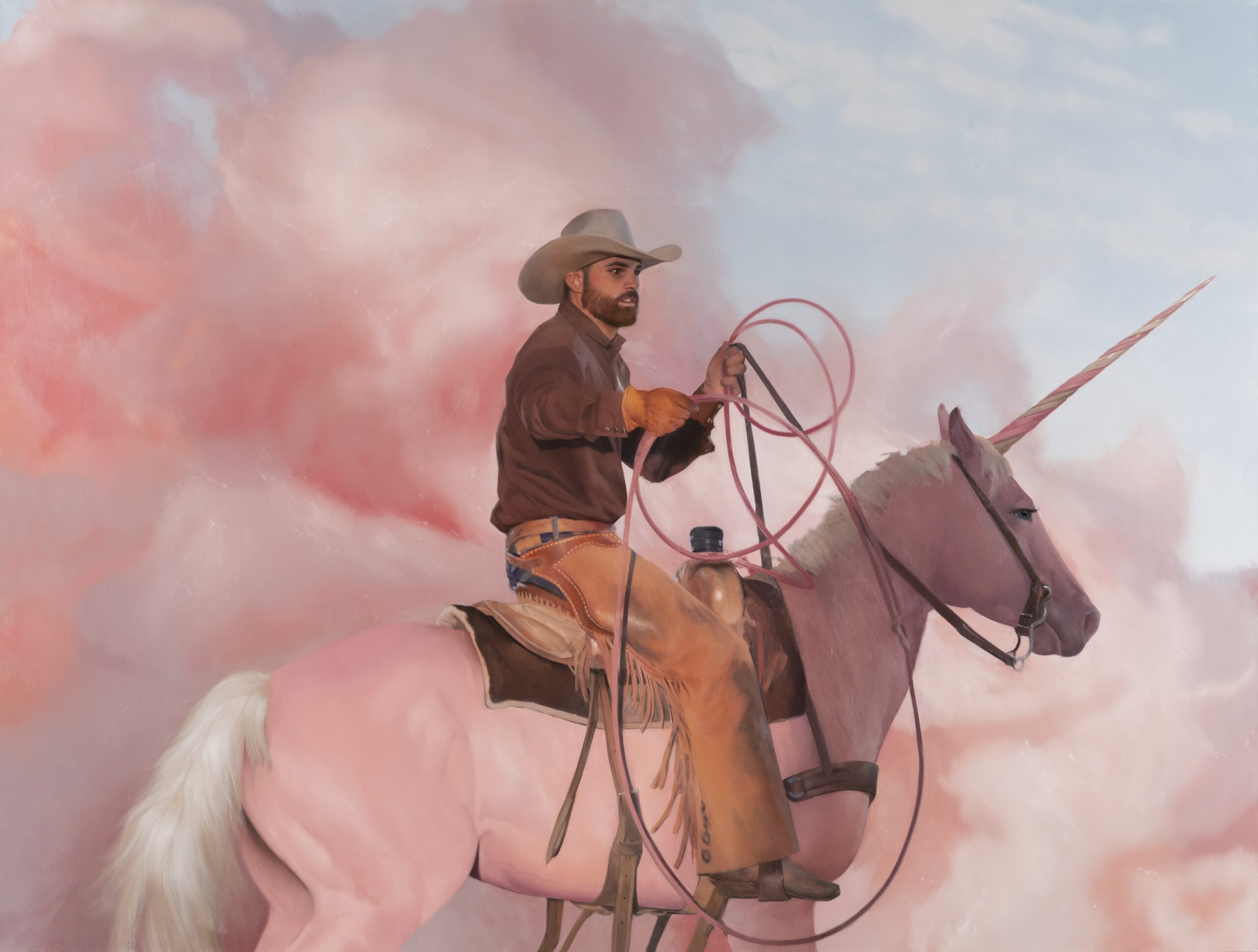 MARFA — This weekend, in conjunction with the third annual Marfa Invitational Art Fair, a new arts initiative, “Brite Force,” founded by arts leader and curator Yvonne Force Villareal, will celebrate its inaugural exhibition opening with works by American painter Will Cotton on view inside of the historic Brite House.

Through residencies, exhibitions and public projects, the newly-established multidisciplinary program Brite Force seeks to create a cultural exchange between international artists, including poetry, performance artists and more, and the Marfa community. Each year, artists will be given the opportunity to work locally in horse stables converted into artist studios on the Brite House property and put on an accompanying exhibition of their work.

The Brite House has been passed down in Yvonne’s husband Leo Villareal’s maternal side of the family for over a century. In 2014, the couple purchased the house from the Brite Family Trust and began a restoration project, partnering with an architect and interior designer, to create a welcoming space for both family and artists-in-residence. 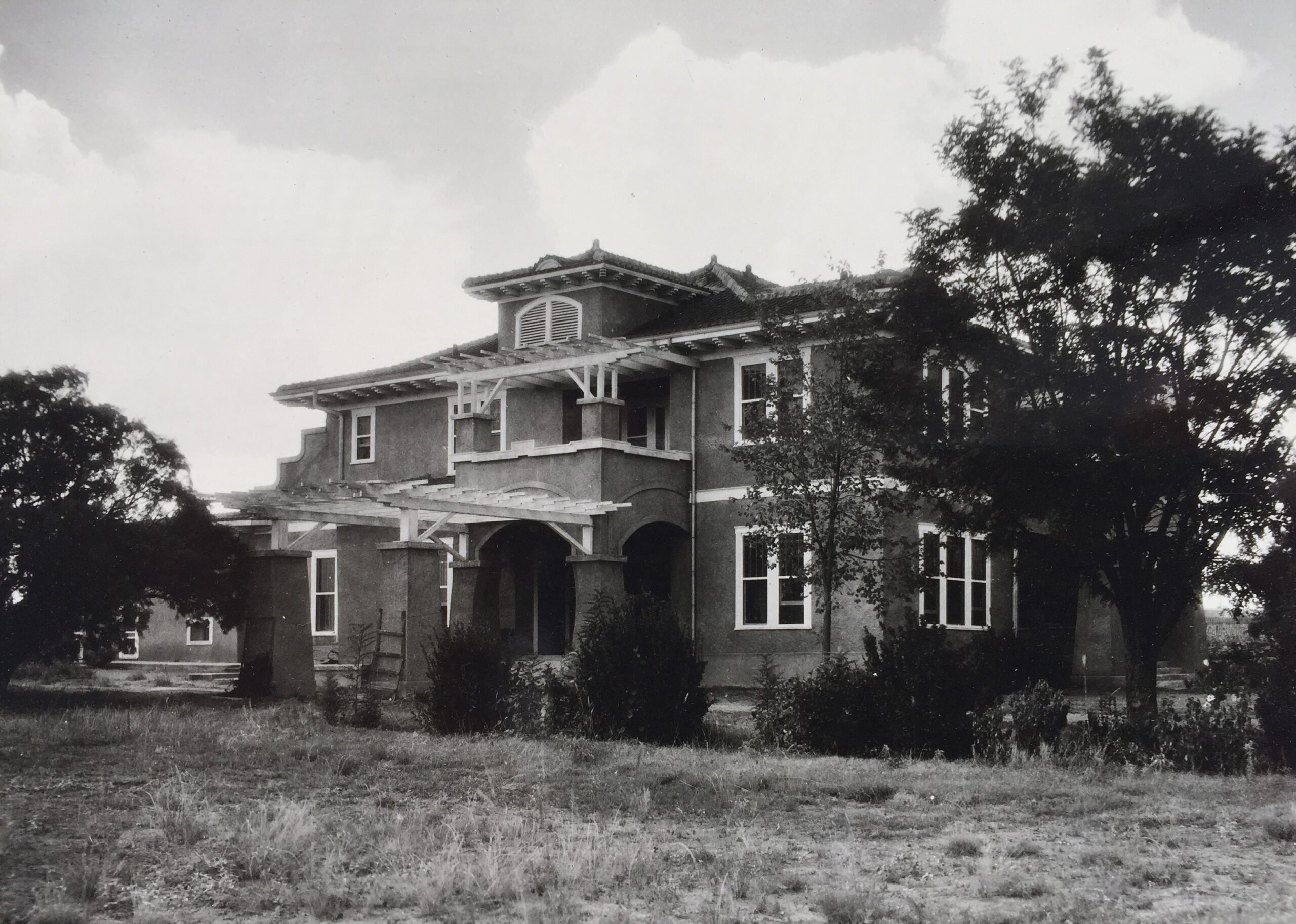 A historic photograph of the Brite Mansion. Courtesy of Brite Force.

Yvonne is the co-founder of the nonprofit Art Production Fund, which facilitates contemporary art projects and played a major role in bringing to fruition Elmgreen and Dragset’s “PRADA MARFA” installation and the large-scale “Seven Magic Mountains” by Ugo Rondinone in the Nevada desert. She is also the co-founder of art advisory and cultural programming company Culture Corps.

own family history deeply rooted in Marfa dating back to the late 19th century,” said Yvonne in a recent press release. “My hope is that the participating artists contemplate the history of the Brite House and explore the remote Big Bend region and channel it into their creations.”

Known locally as the Brite Mansion, the property, established in 1917, sits on the northwest edge of town overlooking the Brite Ranch, a pasture of grasslands with vistas of the Davis Mountains. Early Big Bend rancher Lucas Charles Brite and his wife, Eddie, remodeled the one-story adobe home, which they purchased from Eddie’s uncle, into its current footprint, the 16-room mansion.

Cotton spent time working and creating in Marfa on the Brite House property in the fall of 2021. The show, titled Will Cotton: Marfa features a number of Cotton’s fantastical, pink-hued, cloud shrouded pieces, which often depict the unlikely, mythical duo of cowboys and unicorns. Based in New York City, Cotton’s paintings are in the permanent collections of the National Portrait Gallery, Washington, D.C.; Smithsonian American Art Museum, Washington, D.C.; Seattle Art Museum, Washington; Columbus Museum of Art, Ohio; and Orlando Museum of Art, Florida, as well as many private collections.

While in town, Cotton photographed the Big Bend Ranch Rodeo in Alpine and connected with working ranch hands, building subject matter for his series of paintings featuring cowboys and unicorns.

“The Brite House is situated on the edge of town and feels deeply connected to the miles of ranch land and history beyond,” said Cotton in a press release. “This is a fantastic place to work, to devote yourself fully to your craft and immerse yourself in a welcoming community and infinite horizons that you can’t help but feel inspired by.”