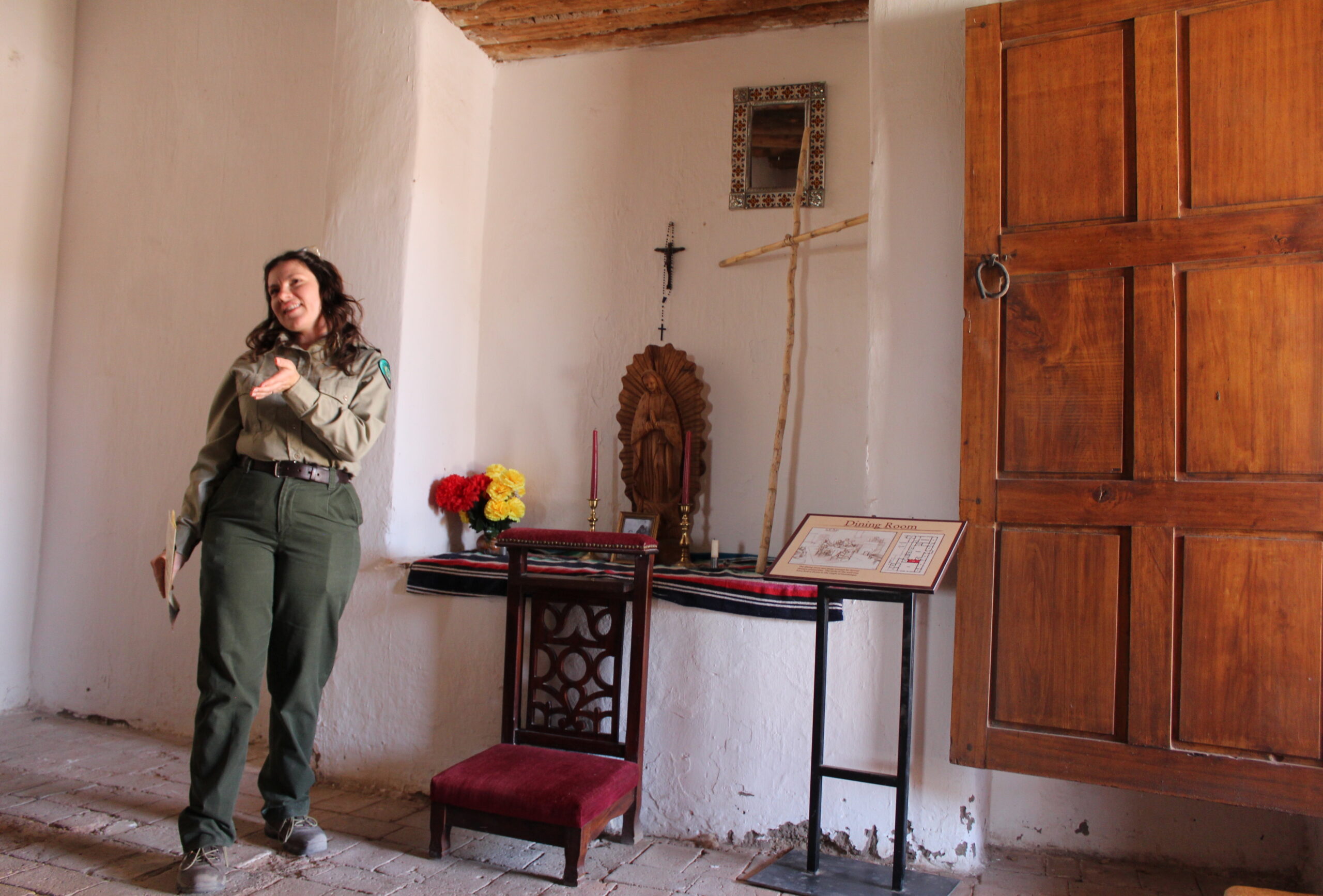 PRESIDIO — Fort Leaton, Presidio’s entrance to the Big Bend Ranch State Park complex, reopened this past week after four months of closures. Over the winter and early spring, rangers were housed in a temporary building across the street while the park’s maintenance team made necessary repairs.

“We did a complete electrical renovation for Fort Leaton State Historic Site,” explained Park Complex Superintendent Nathanael Gold. “What we found is that some of the electrical componentry that was installed in the ‘70s was out of date and in desperate need of updates. A lot of the improvements won’t really be visible to the naked eye, but what did get noticeably improved is the lighting in our exhibit center — it really brightened up that dark room.”

In addition to brand-new wiring, park staff has another reason to celebrate: Regina Lillibridge joined the ranks three weeks ago as the fort’s new interpreter, a job that entails helping guests make sense of the cultural and social history of the park. As part of a larger fundraiser and celebration hosted by the Friends of Big Bend Ranch State Park, Lillibridge led tours over the weekend that showcased local history.

Fort Leaton has a storied and bloody past — it was founded and fortified by Benjamin Leaton, a scalp-hunter of mysterious origins, in 1848. Leaton developed a reputation for using the remoteness and lawlessness of the region to pit Americans, Mexicans and local Native groups against each other.

Lillibridge’s tour doesn’t shy away from the gritty reality of the fort’s history, but mainly focuses on daily life in the Presidio area just after the Mexican-American War. Tour highlights include the fort’s bakery and blacksmithing shop, and a giant wooden wagon with 9-foot wide wheels replicated to show the type of vehicles that would haul silver along the Chihuahua Trail.

The fort’s interpretive tours will pause for a summer break to keep guests out of the heat. In that time, Lillibridge will turn her focus to community outreach. “During the offseason, I’ll go to the library and visit schools to reestablish those connections.”

She is looking forward to relaunching the park’s student docent program in the fall. Current city council members Arian Velázquez-Ornelas and Joe Andy Mendoza were student docents at Fort Leaton as teenagers, and the program has been a highlight for generations of Presidio residents. “We’ve had the really huge blessing of having the Friends group offer a scholarship and to promote that program for us so that we could maybe offer it to more kids,” she said.

Gold hopes that the student docent program is another step in strengthening the relationship between the park and the city of Presidio. “Hopefully someday they can come back and potentially be park rangers or superintendents — one of our goals within Big Bend Ranch is to create a local team of Presidians that have a passion for parks and public lands.”