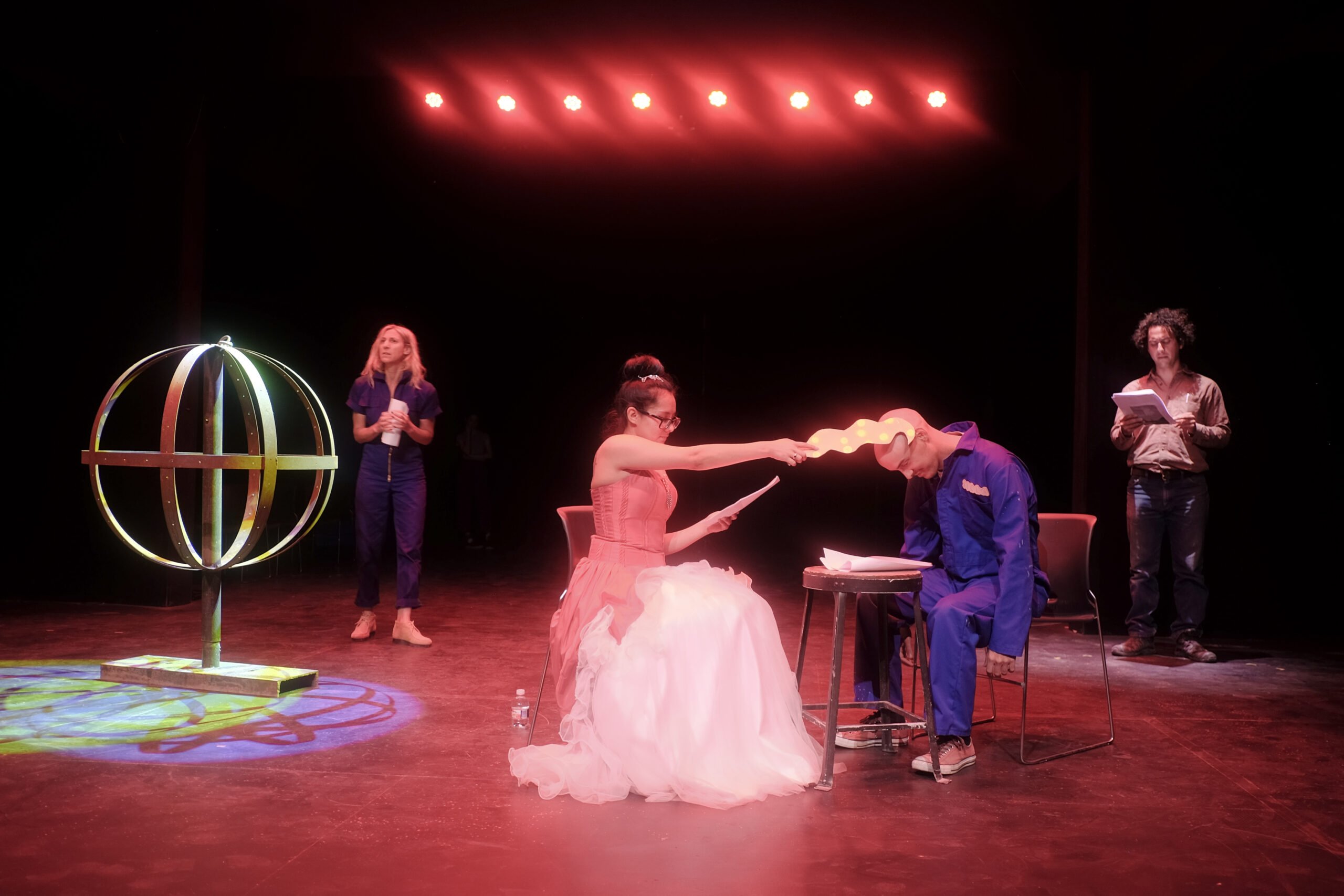 MARFA –– It’s that time of the year again in which four Marfa High School students, chosen by a jury of Marfa Live Arts judges, will see their plays come to life with the help of local thespians at the Crowley Theater on Wednesday, May 11, at 7 p.m.

The 11th Annual One Act Plays features the plays Margaret, I Think I Love You by senior Febi Brimhall, The Gone by junior Maribel Meraz, You Can What!? by sophomore Tristan Kelly, and Sightless by freshman Ashley Certain.

The plays were written this year under the tutelage of award-winning Juarez playwright Georgina Escobar in conjunction with Marfa Live Arts and Marfa High School. For the winning students, seeing life breathed into their work is an exciting prospect, and the learning experience has been a highlight. “I think it really opened my creativity. Like, I can actually do anything I want, and my plays can be about everything,” said Certain. “And I think that it’s really crazy to think that everything that I do can be seen in the future. Like, someday, somebody’s going to read my play and be like, ‘Dang, this ninth grader won a playwriting contest and it’s about being blind!’”

“I definitely learn something new every time with it,” Brimhall, whose freshman-year play was also chosen, followed. “I think that learning new things is always awesome.” Working with Escobar, the student playwrights added, also allowed them to delve deeper within themselves and find their voices. “[Escobar] was a really good teacher for this program,” Brimhall said. “I can relate to her being from the Borderland because I live here too. We learned a lot with her.” “She was a really cool mentor,” Meraz added. “She was nice and comfortable. It was really easy to ask for help. It was easy to talk to her.” For Certain, the playwriting program has also given credence to her past work, which she initially thought was “weird.” “When I was younger, I would always write crazy stories that didn’t make sense, but they slowly became more interesting,” she said. “It’s very interesting to think that I can write crazy stories and open my creative side.”

The experience, Brimhall, Certain and Meraz said, was overall positive,“I think that coming from a bigger school in a city, we wouldn’t have this opportunity,” said Brimhall, who moved to Marfa from Las Vegas. “In bigger schools, we’re seen more just as a number, and I think it’s really cool how we’re looked at as individuals here and are able to experience things that not a lot of kids are able to experience.”

For Certain and Meraz the annual playwriting program has also opened their minds to continue writing. “For me, I really want to be an actress. It would be amazing if I could perform my own monologues and my own plays. That’d be really fun, and I really do want to continue writing,” said Certain. “I’m definitely participating in the program next year,” Meraz said. “I want to keep writing in the future, like for college. It’s something I’d be interested in.”

As for the plays themselves, the students are eager to see how their stories will come to life.

“I want to see if it comes out the way I imagined it,” Meraz said. “That’s gonna be pretty cool.”

“I don’t even know how they’re going to do mine,” Certain laughed. “I mean, half the characters are blind and it’s confusing, but it’s going to be interesting to see.”

The Playwriting Program is supported by Wyatt Ranches Foundation, Texas Commission on the Arts and Marfa Education Foundation. In its eleventh year, the annual Marfa Live Arts program has resulted in over 925 one-act plays written by Marfa students.