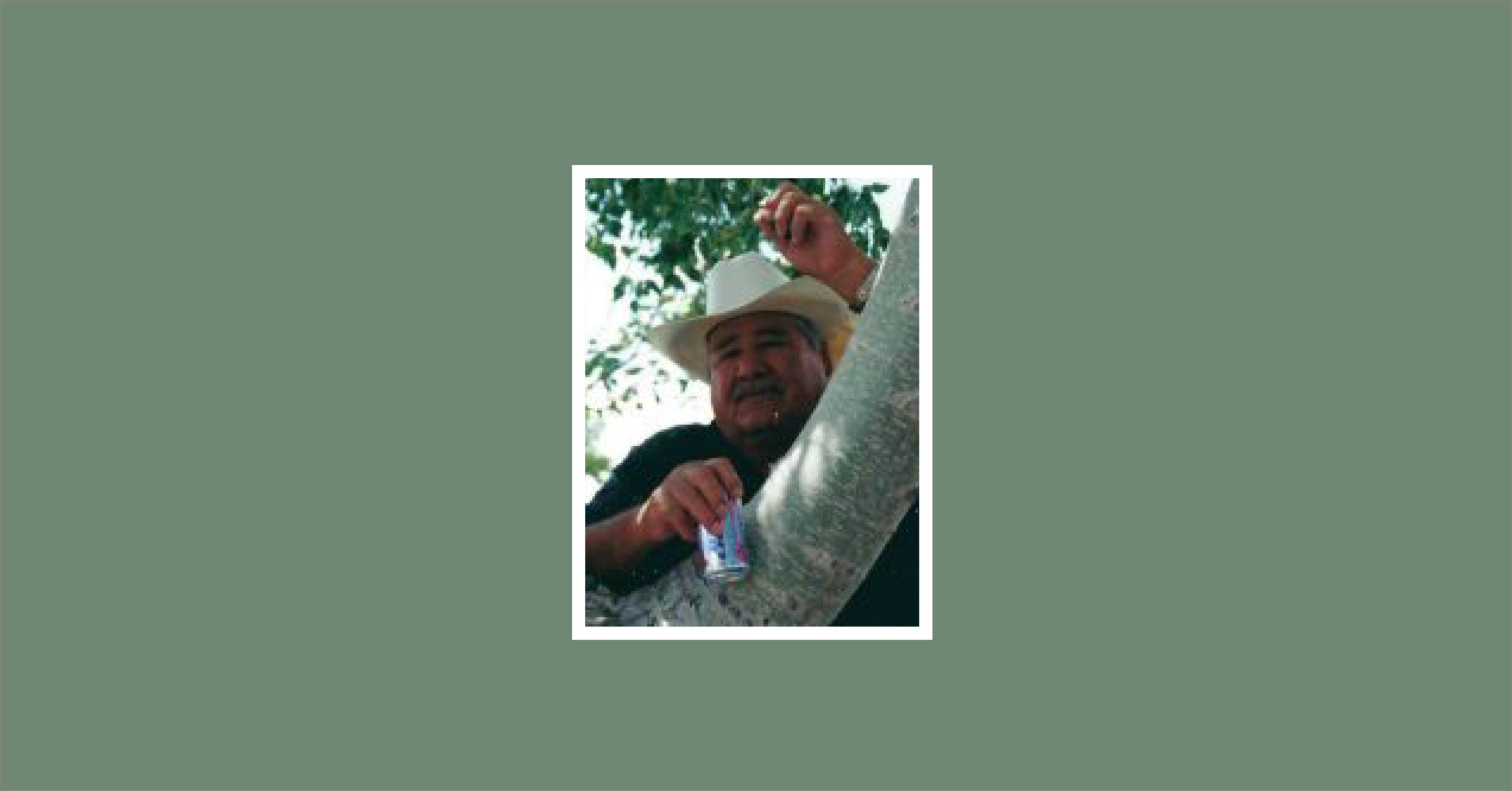 Catarino Escobedo, 86, of Seminole, Texas, was born March 22, 1936, in Marfa, Texas, to Carmen (Frias) and Jose Escobedo. Starting at the age of 14, he began his career in ranching in Ft. Davis, Texas, with his father, where he worked roundups and became a real cowboy. He rode horses and enjoyed rodeo animals, always wearing his black cowboy hat; he never left it at home. On July 22, 1957, he married the love of his life, Mary Lou Valverde, in Ft. Davis. He owned a little farm on Lamesa Highway where he raised cows, horses, chickens and sheep; he really enjoyed sharing the chicken eggs with his neighbors.

He worked for Parker Drilling Company in 1961 as a water well technician in Seminole, which later became Fire Ball Irrigation; he went on to retire in 2004. Catarino was known to call all of his family members on their birthdays and sing “Happy Birthday” to them, making it such a personal memory.

Catarino Escobedo passed away at his home in Seminole on Sunday, April 24, 2022. In addition to his parents, he is preceded in death by two sons, Johnny Escobedo in 1978, and Reno Escobedo in 2021; three brothers, Robert, Jesus, and Joe; and one sister, Carmen.

He is survived by his wife, Mary Lou Escobedo of Seminole; two daughters, Delma Gusman of Wolfforth, Texas, and Norma Medina of Seminole; one sister, Francis Alvarado of Cisco, Texas; seven grandchildren, Rebecca, Laura, Cathy, John Paul, Amanda, Melinda and Kimberly; and 12 great-grandchildren, as well as numerous nieces and nephews and friends.

A funeral Mass was celebrated Saturday, April 30, at St. James Catholic Church with Father Jose De Dios Gonzalez officiating. Burial followed at Gaines County Cemetery. A Rosary will was held Friday, April 29. All services were under the direction of Boyer Funeral Home.