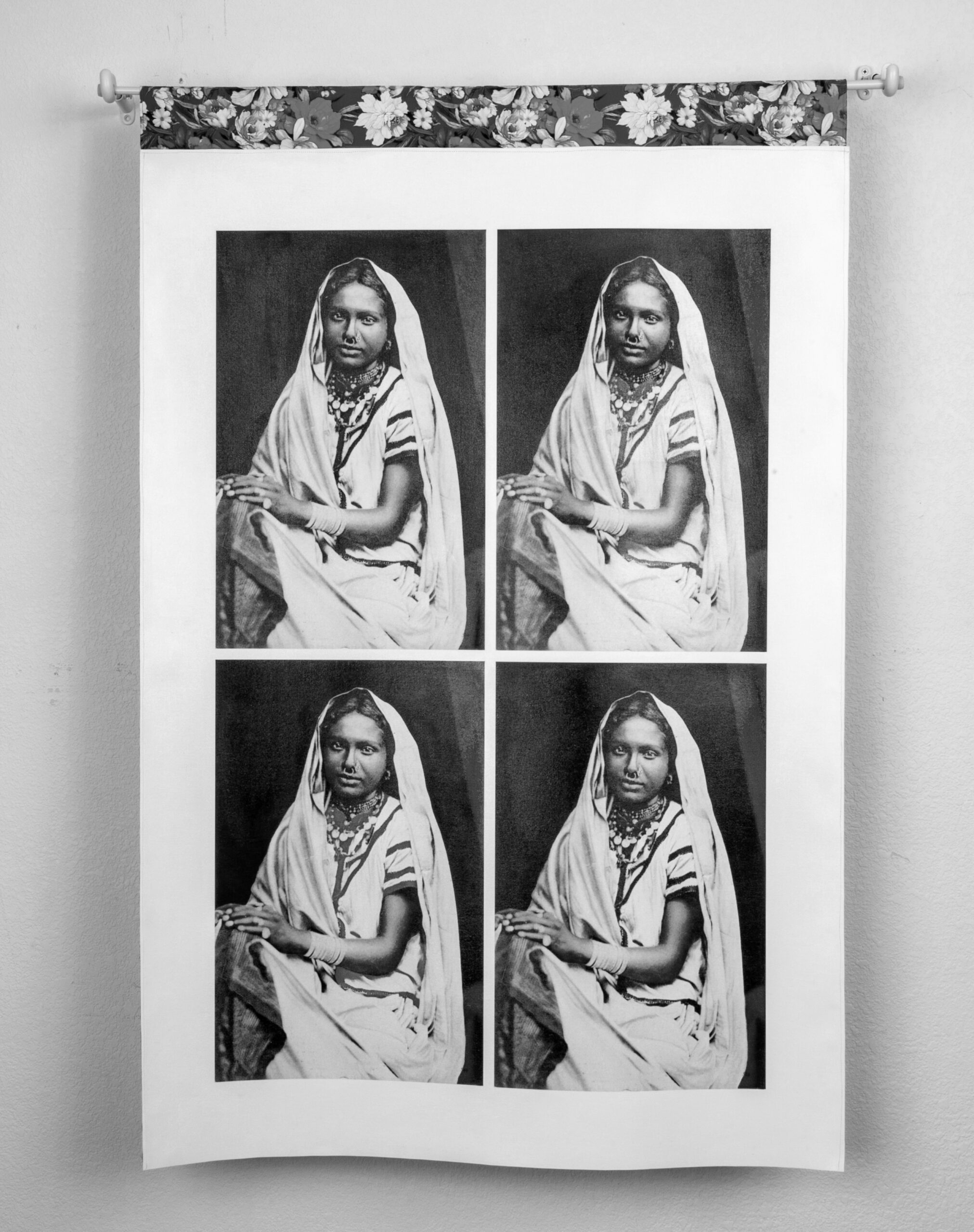 MARFA –– RULE Gallery to present Lambi Kahani (Long Story), an exhibition of new work by Renluka Maharaj. This will be the artist’s second solo with RULE, but her first at the Marfa location. An opening reception will be held Saturday, May 7, from 3 to 5 p.m.  The gallery will host a talk by the artist at 4 p.m. on May 7.

In her new exhibition, Lambi Kahani (Long Story), Renluka Maharaj continues to investigate her Indo-Caribbean heritage, drawing attention to the impact of Western colonialism and consumerism on the people of India and the Caribbean. Using a multidisciplinary approach, Maharaj repurposes advertising images of indentured Indian women in Trinidad and Tobago, made in the 1800s by French photographer Felix Morin. His photographs, originally used as marketing schemes, invited tourism to the “exotic” West Indies. The women pictured had no say in their appearance or use, but were instead objectified, dressed and posed for a Western audience, their names not even recorded in the archives.

For Maharaj, reclaiming, transforming and reimagining this history was a way to remove the colonial, white-male gaze and honor and protect these women through her own vision. Her resulting works are visually complex portrayals highlighted in vivid color and elevated with the details they deserved. The multiple iterations of each female subject on her canvas emphasize the gaze of the women depicted, ultimately engaging the viewer in the power stance of the model. The repetition also calls to mind the multi-limbed goddesses and gods of the Hindu religion. In their final forms, the unstretched canvas works are backed with chintz, a luxury Indian textile heavily Westernized in the late 1700s and cheapened by mass production techniques. Each piece is suspended from a neon-colored acrylic rod, integrating the traditional and contemporary in a manner that celebrates her cultural legacy while updating it for the new millennium.

For Maharaj, the works in Lambi Kahani are her way of bringing attention to a long story of which most people are not aware and of sharing the history of women who, while never voiceless, were long silenced.

rule gallery
Stay in touch with The Sentinel
Related