‘Familial Landscapes’ exhibition to open at the Greasewood Gallery 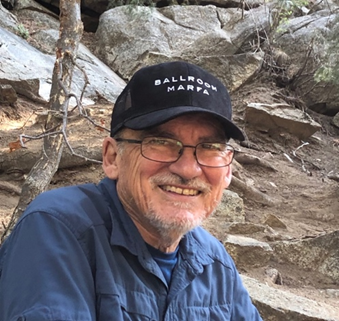 An opening reception will be hosted on Friday, May 13, 7 to 9 p.m. The public is invited to attend and meet the artists.

Chris Cashiola was born in Houston, Texas. He now lives in Santa Fe, New Mexico. After completing law school, he received a commission as an officer in the U.S. Army. His career in the Judge Advocate General’s Corps spanned 23 years. Upon retiring from military service, he practiced law as a criminal appellate attorney. After retiring from a legal career he has devoted his time to oil painting.

The Impressionists of the late nineteenth century and the Post Impressionist painters guide his work. He has studied the works and writings of Cezanne, Renoir, Pissarro, van Gogh, Manet, Monet and others. He is most influenced by Paul Cezanne, Fedor Zakhorov and the Russian Impressionist painters. Although not formally trained as an artist, he considers himself an autodidact in the art of painting.

Chris prefers to paint outdoors. Cezanne said that “all the painting done indoors … will never be as good as things done outdoors.” He tries to follow that advice. A painting is form, line and color on a flat surface. He believes that color is the most important. Honore’ de Balzac wrote in The Unfinished Masterpiece that “there are no lines in nature.” Cezanne repeated this quote often. Chris believes that oil painting on canvas enables him to express his feelings for the beauty of the natural world. His paintings reflect the concepts of mindfulness, interbeing and impermanence as taught by Thich Nhat Hanh.

Ross Cashiola is a multimedia artist living in Marfa. He is married to Nicki Ittner and is a cool uncle to his nephews, Levi and Eero, and tiny little niece Venus Cashiola.

Ross began making art as a young child and continues to make paintings, drawings, sculptures, songs and film projects as they emerge from the passage of time and the processing speed of his thoughts and actions.

Van Hanos’ approach to painting is best defined by its stylistic freedom and forsaking of particular modes or methods. Ranging from landscape to portraiture, beyond categorization as either figuration or abstraction, his work navigates perceptual shifts and thematic rupture.

Hanos explores the tremendous range of possibilities within the human mind and experience, and his paintings can be created as meticulous oil renderings of images taken from photographs, with technical precision and photographic tendencies, or as sublime, abstracted amalgamations of past observations and ruminations, replete with internal references to other paintings or past subjects, and layered with meaning. Hanos’ work always beckons the viewer to look closer — as what one first experiences is undoubtedly bound to shift upon continued investigation.

Greasewood Gallery is located on the corner of Highland and Texas Streets in the historic Hotel Paisano. For more information, contact Gallery Director Vicki Barge, at 432-729-4134.