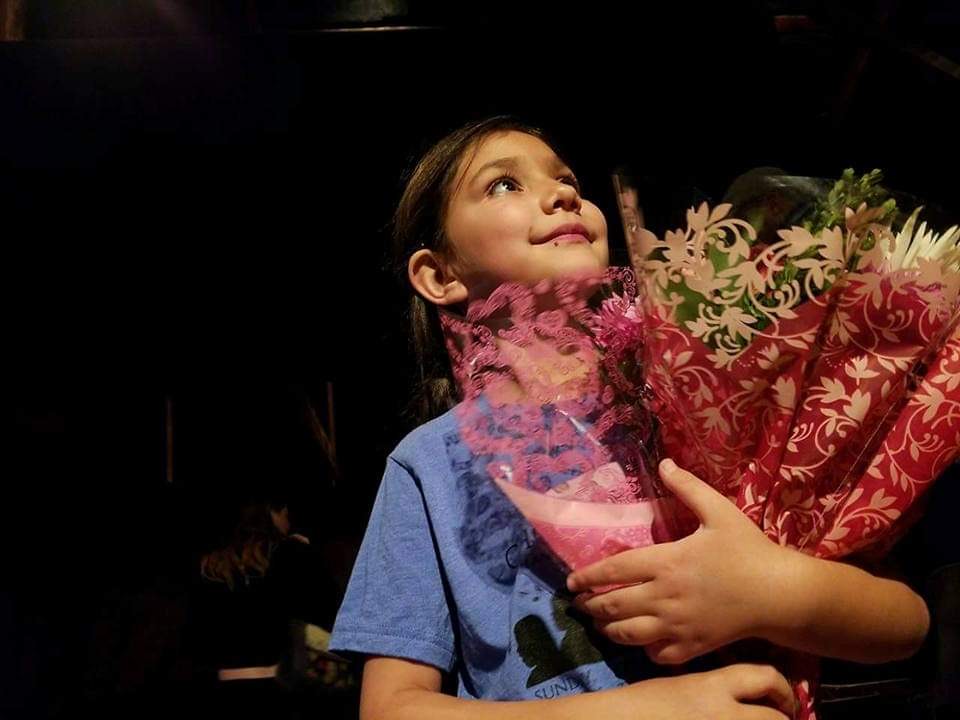 MARFA — The third Marfa Live Arts’ Choir Camp is back and in action as part of MISD’s Camp Summer Shake Up from Tuesday, May 31, to Friday, June 3, with Houston’s St. John of the Divine music teacher Anna Teagarden — along with daughters Kate and Leah — leading Marfa children through a selection of 1950s hits along with choreography. There is a showcase performance for parents and the community on Friday, June 3, at 11:30 a.m. at the Crowley Theater.

“I found when I was teaching elementary music that none of the kids had heard of Elvis or the girl groups of the 1950s,” Teagarden explained of the origins of the program. “It was an important cultural, iconic decade, not just of dancing, music and clothing, but the whole thing.”

In past iterations of Teagarden’s ‘50s program, she added, the kids also dressed the part.

“We had scarves and poodle skirts for the girls and the boys all had white t-shirts and with jeans and slicked-back hair,” she said with a laugh.

For Teagarden, the return of the Marfa Live Arts Choir Camp to an actual stage after having to do a virtual camp in 2020 due to the pandemic is an exciting prospect. “I was sad about having to cancel the last choir concert with Marfa Live Arts because we had worked really hard on it. We had a great group of fantastic professional musicians and singers. We were so excited and had a whole program. It was going to be awesome,” she said. “But it’s great that we can finally get together live again and watch the kids sing and dance.”

Music, Teagarden said, also runs in her family, with her recent high school graduate daughters joining her in the program. “Kate and Leah have been helping me a lot in my choir since they were young,” she said. “Kate is going to study music at Davidson College in North Carolina and Leah is going to the University of Texas, and she’s also hoping to pursue music,” she said, adding that her parents and older brother have also been big music folk. “My parents weren’t musicians, but they were great appreciators of music while I was growing up. My oldest brother Lance Womack is a blues drummer, and he’s the one that brought me to Austin. He played all the big places like Antone’s and the Continental Club.” Her brother, she added, also led her to audition for Austin-based group Rotel and the Hot Tomatoes, a group still playing that covers 1950s music. Teagarden sang with Rotel and formed One O’Clock Jump, a jazz band, while completing her master’s in voice from the University of Texas in Austin. Future plans for Teagarden include a choir trip with her daughters to England in July to perform at Wells Cathedral with the Royal School of Church Music.

Also assisting in the Marfa Live Arts Choir Camp is incoming seventh grade Marfa student Lily Aguero. Aguero participated in the first Choir Camp as a second-grade student and was part of the 2020 virtual program. “Since Marfa Live Arts choir I have kept on singing, whenever I am doing my work I sing it in my head.” Aguero said of the first choir program with the Teagardens. “I was the youngest person there and it was cool because everyone included me.” The program, she said, had her learning songs such as The Beatles’ “Yellow Submarine” and traditional folk songs like “Wade In The Water.” Her favorite part, she added, is the process in which the children are taught the songs. “We play certain games that help us learn the lyrics and the melodies to the songs,” she said. Aguero has participated in many Marfa Live Arts programs, including the One Act plays and in Meta Sillas y Saca Bancos at the Brite Mansion.

The Rockin’ ‘Round the Clock program is made possible through support by the Texas Commission on the Arts and the Marfa Education Foundation. More information on Marfa Live Arts can be found at www.marfalivearts.org.