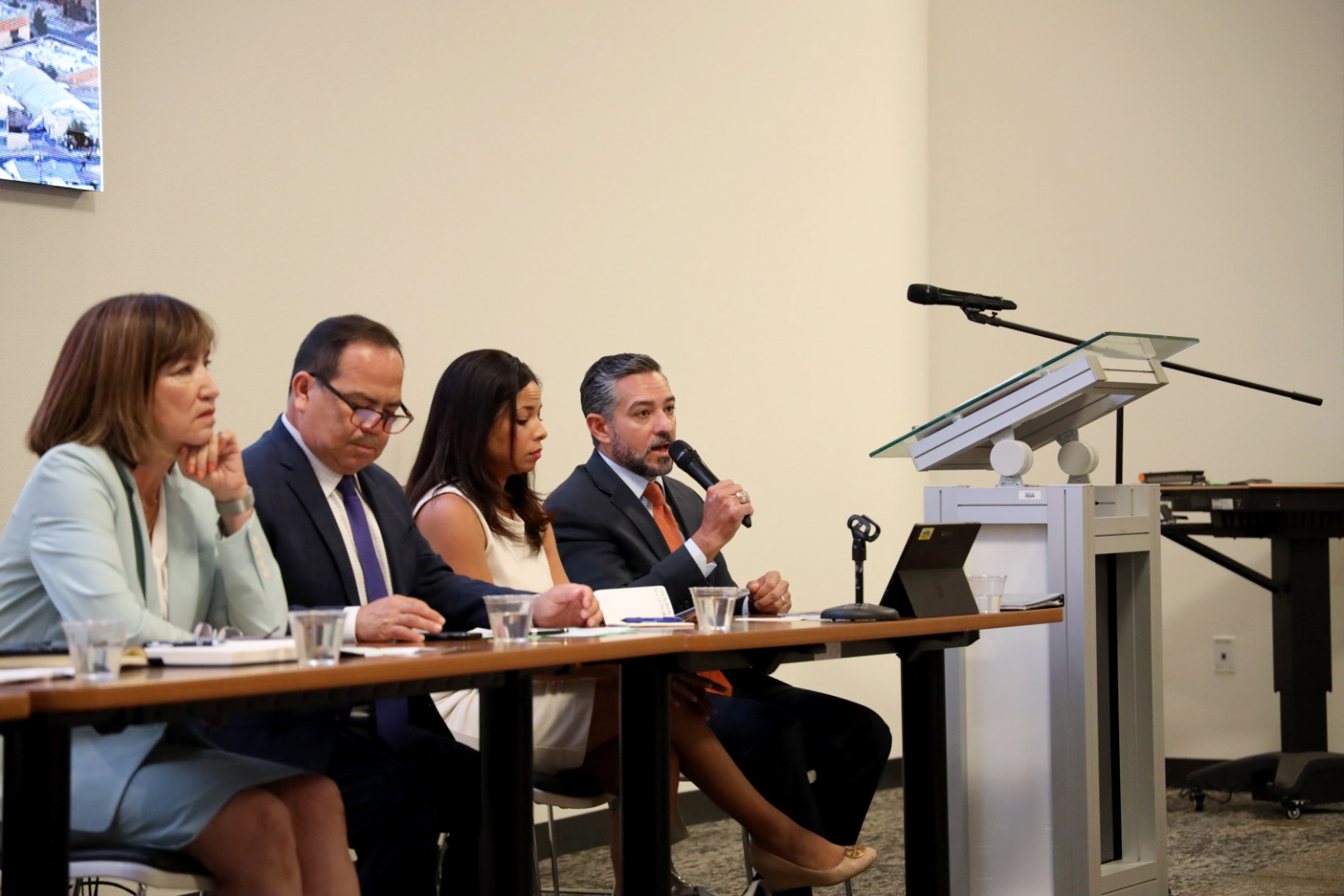 EL PASO — On Monday night, the El Paso state delegation hosted a town hall meeting aimed at connecting members of the public with local representatives, emergency personnel, and educators in hopes of brainstorming solutions to the rash of mass shootings that have dominated headlines in recent weeks. After 21 lives were lost at Robb Elementary School in Uvalde on May 24, people around the country have demanded answers from their government representatives.

The topic is especially important to people in the El Paso area, who suffered a mass shooting in 2019 at a Wal-Mart, where 23 lives were lost to a gunman targeting Mexican Americans. More recent events have spurred the community to action: on June 4, five teenagers in Socorro were sent to the hospital after a shooting broke out at a local graduation party.

“We are broken every time we see another community dealing with mass violence, as we in El Paso understand how that has devastated our community,” said Sen. César Blanco, the Big Bend region’s representative in the state legislature. “I don’t know what it’s going to take for politicians to muster the courage to do what’s right. We have hardened our schools, we have done millions of dollars in police training. The only thing we haven’t done is [address] the easy access to assault weapons and the age of the people who can purchase them.”

Blanco explained to the crowd that the state’s Democratic Caucus had sent a letter to Governor Abbott requesting an emergency session to kick start conversation in the Legislature about gun violence. In response, Abbott requested that committees be formed to investigate aspects of the gun violence epidemic like access to mental healthcare and school security. Blanco did not believe that the governor’s response was adequate. “The bottom line is that politicians are choosing guns over lives, and we’re better than that,” the senator said.

Senator Blanco called the town hall the first in a “listening tour,” a play on the traditional “speaking tour,” in order to encourage constituents to share their concerns with their officials. “We’re here to listen to you,” he said. “We need to make our voices louder, stronger and not take no for an answer.”

A number of community members stepped up to the microphone to share their concerns, including Vietnam veterans, emergency room doctors and public school teachers. “We don’t need more laws, we need to enforce the ones we have,” said moderator Joe Moody, a fellow state representative whose district covers northern El Paso County.

In particular, Moody would like to see laws around domestic violence better enforced. “There is an extremely powerful connection between domestic violence and mass shootings,” he said. “These are the situations that we need to intervene in earlier, before violence ripples out of the home and into our schools and our streets.”

Veronica Carbajal, an attorney at Texas RioGrande Legal Aid, offered a more stringent set of suggestions. “I am asking for a statewide ban on assault weapons, I’m asking for a statewide voluntary buyback gun program,” she said. “If the state won’t do it, I’m asking for city and county officials who are here to do a localized gun buyback program that’s voluntary. We need to start taking back the narrative and the messaging that Texans love their guns. They’re repulsive at this moment.”

“When we look at this issue, we know that this is a Republican versus Democrat issue,” she continued. “I appreciate all of your courage at the Capitol. The fact is that most of your proposals die in the abyss that is the Republican majority at the Capitol. And so I’m asking that you have a heart to heart with your donors to really take back this narrative and if they are willing to walk the walk to do it.”

Sen. Blanco responded directly to Carbajal’s comments. “I want to thank you for bringing up that important point,” he said. “I support the Second Amendment, but we’ve got to make sacrifices and adjustments to save lives.”

gun violence
Stay in touch with The Sentinel
Related