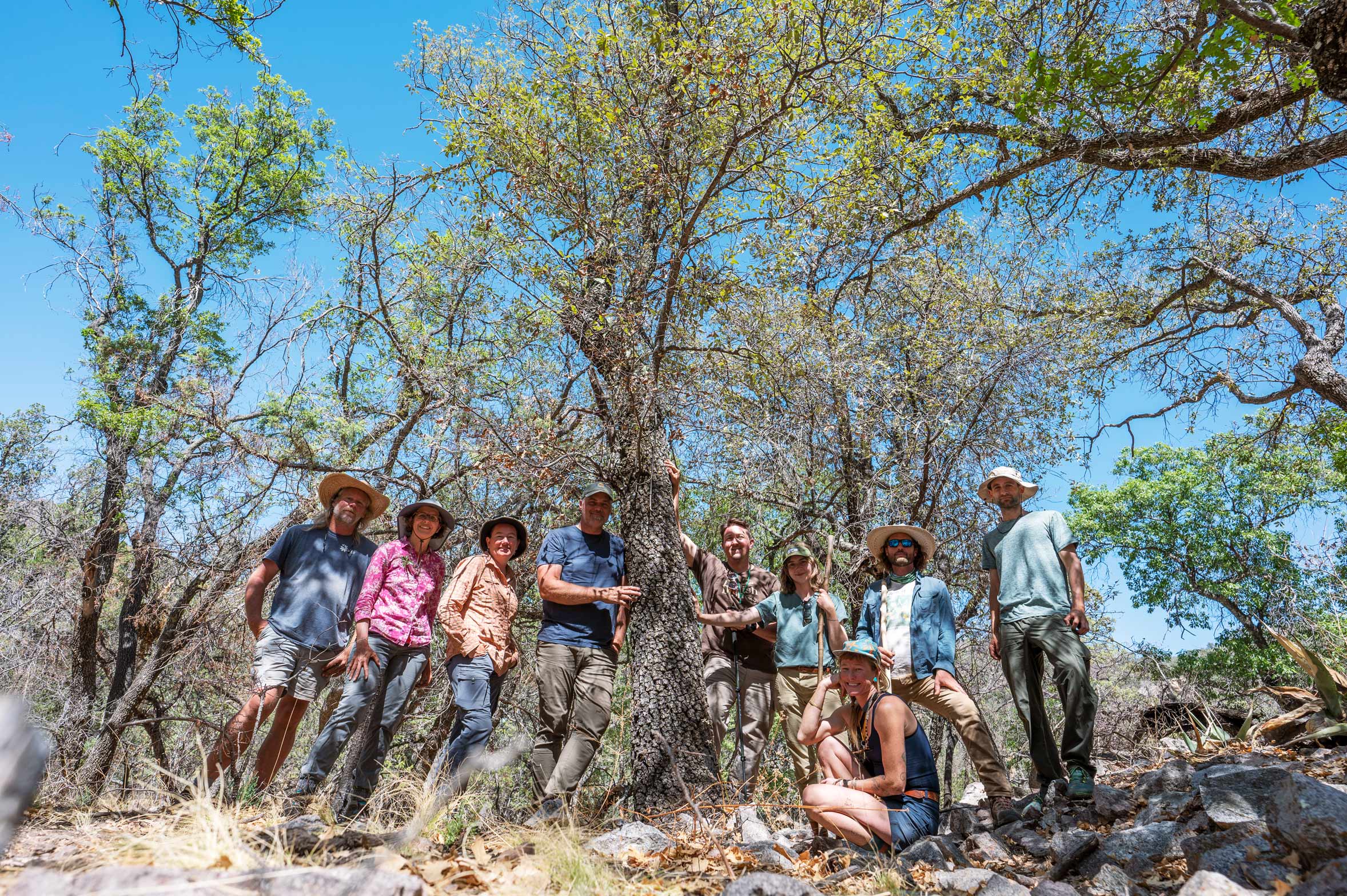 BIG BEND NATIONAL PARK — A research team made up of botanists and conservation ecologists representing various entities from around the U.S. identified a singular tree in the Chisos Mountains as a Quercus tardifolia — a rare oak species previously thought to be extinct — while out on an expedition in late May of this year.

The announcement was made last week by the Morton Arboretum and United States Botanical Garden, who funded and supported the project.

It was on day three of their search that the 30-foot-tall tardifolia was discovered. Spread out, working in teams and in conjunction with one another, the group scoured the upper elevations and backcountry of the Chisos, looking at thousands if not tens of thousands of trees, said Michael Eason, senior botanist for the native plant society of Texas who also heads the rare plant conservation program at the San Antonio Botanical Garden. Eason, who is a resident of Alpine, was the botanist that ultimately spotted the rare oak.

“As soon as I saw it, there was no question,” said Eason. “When you’re in the field, you’re taking the entire gestalt in at once — all those little puzzle pieces that you formulate in your head of what this thing should look like — and as soon as you see it, it’s like wow, that’s different.”

The rare oak species was first found in the national park in the 1930s. But because the last known tardifolia, which was rediscovered in the ‘90s, perished around 2011, researchers looking for the tree had never seen a live specimen and were going off of herbarium, or dried plant, samples and earlier descriptions of the tree. Eason said the oak tree stood out to him right away because of the leaf shape, lobed and wide, though the color was somewhat off due to the tree being unhealthy and suffering from a fungal infection as well as trunk scarring caused by wildfires.

Eason and his team radioed to gather the other researchers at the site of the rare oak. Having trekked long distances while actively analyzing the landscape, collecting data and utilizing topographic maps, the experienced field team said they were amazed they were actually able to locate a singular tardifolia tree. 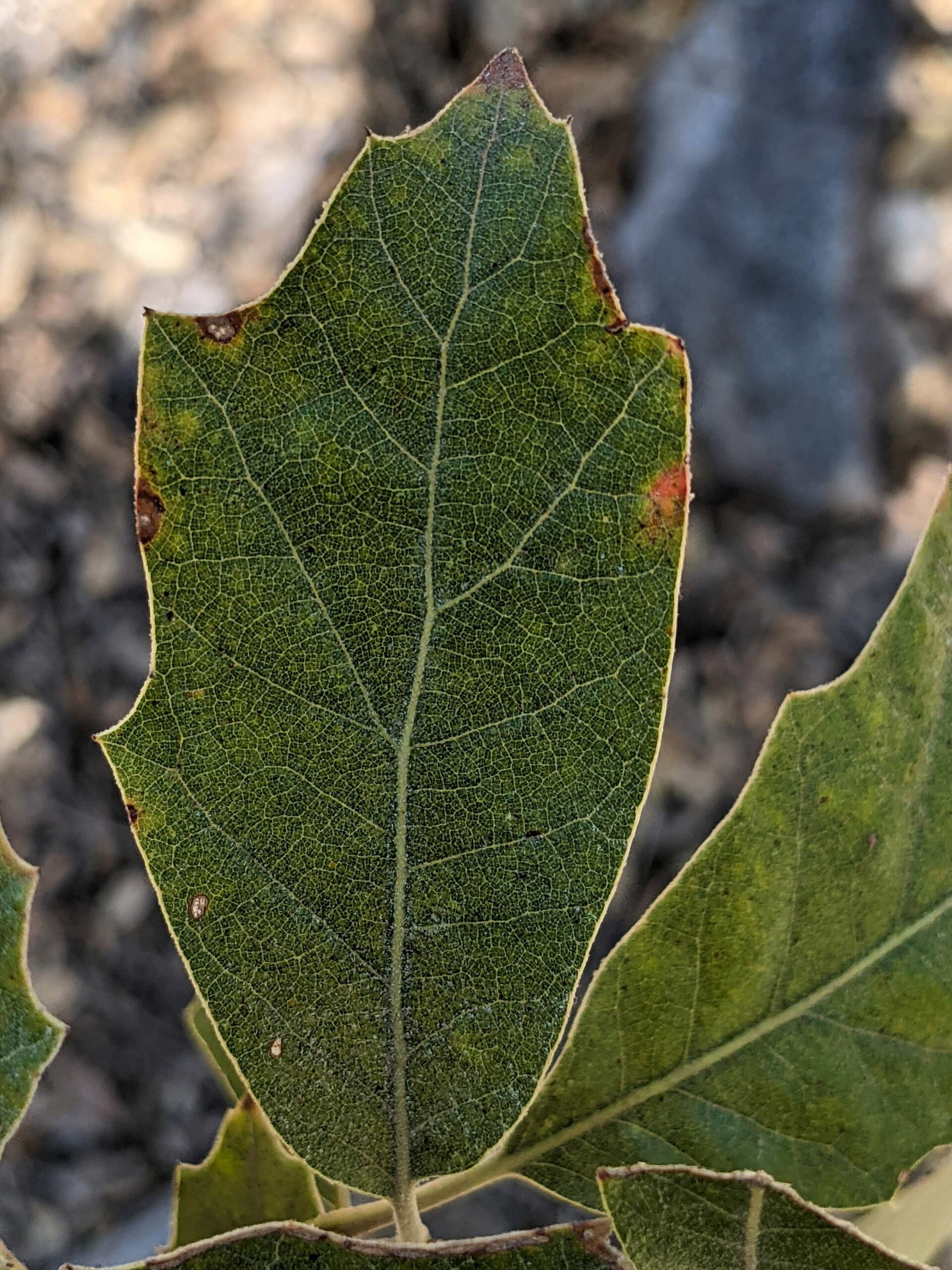 “Sometimes when you’re prepared enough and you bring the right people to the right place you get lucky and you actually find what you’re looking for,” said Kelsey Wogan, graduate student and herbarium assistant at Sul Ross State University. “That, to me, was the most spectacular thing. It was like, ‘Oh my gosh, I can’t believe we actually found it.’”

An ex-river guide who lent her menu planning and packing expertise to the group in her role as camp manager for the excursion, Wogan, similar to Eason, had spent long hours in the same area of the park that the rare oak was located in — only studying grasses, not trees. She and Eason said the discovery of the tardifolia just goes to show that even in a well-researched area such as the national park, there are still many plants out there waiting to be found.

Now that one tardifolia has been found, researchers can gather additional information and further familiarize themselves with its features, which might make finding other surviving trees easier compared to the initial discovery.

“There’s something about seeing [plants] in real life where you can see the color, and you can get a sense for how it looks in the sun or the way the hairs are on it. You can see a lot more features with a live specimen than you can with a dried herbarium specimen,” said Whiting.

The park intends to check on the tree routinely now that it is aware of its existence and location, said Whiting. And while nothing can be done to cure the tree of its fungal infection, the park can work toward protecting the tardifolia from wildfires, said Whiting.

“From a park perspective, we’re really glad that the oak was found here because we’re in a great position to preserve the oak — because that’s the mission of the National Park Service, is to preserve natural resources for future generations,” said Whiting.

Four federally listed rare plants occur in the national park, not including the tardifolia. Whiting said the park is ramping up endangered species monitoring programs in order to measure changes in health and population over time in order to ensure the park is working toward plant conservation.

“This oak is a great example of rare species that aren’t protected under the Endangered Species Act that we have in the park. And it’s not the only one. We have a lot more unusual and rare species that occur in the park, so it’s hard to get to them all,” said Whiting, the park’s only botanist.

In addition to returning to the national park to look for more tardifolia, Eason said he’d like to explore similar habitats to the Chisos — like the Davis and Sierra Del Carmen mountain ranges — for the tardifolia and other rare oak species. The Global Conservation Consortium for Oak, with which Eason is affiliated, is working to preserve the rare, diverse oaks of West Texas.

“We’ve found a plant that we: one, thought may have been extinct, which is just absolutely massive because that doesn’t happen every day; and two, we’re working feverishly to make sure that it’s propagated so we can actually make sure that this is saved for future generations,” said Eason.

Oaks, which originated in northern Europe, are highly adaptable plants which occur in the majority of states across America, living in vastly different environments, from sand dunes to swamps. A high variability of oaks occurs in the Southwest and the trees are still learning to situate themselves within their habitats while simultaneously facing threats of climate change, said Eason.

“If you want to apply a human term to it, it’s like they’re still figuring themselves out, like, ‘Who are we?’” said Eason. “These are plants that are hanging on. They were much more common and much larger when the climate here in West Texas was wetter and cooler.”

Oak acorns, unlike other plant species, cannot be stored long term in conservation repositories called seed banks, which aim to preserve genetic diversity. In the case of the tardifolia, fully formed acorns are not known to exist, said Whiting, although botanists will keep an eye out for them. In order to conserve oak species, cuttings can be obtained and propagated in a lab then shared amongst botanical gardens across the country. Eason said the team will likely return to the Big Bend tardifolia in the winter to obtain cuttings and success rates for propagation have been high at the Morton Arboretum where the molecular, DNA and grafting processes occur.

In addition to prioritizing conservation of the species for the sake of genetic diversity, Eason said putting the timeline of the tree into perspective might help those unfamiliar with the field of botany to understand the magnitude of the discovery and the urgent push toward saving the tardifolia.

“It’s not just losing one species in our lifetime,” said Eason. “It’s how many millennia of that lineage made it through just to die on our watch. It’s not that one plant dying that one day and it’s gone forever — [it’s] looking back at the history and the lineage of that plant 10, 20, 30, 50,000 years or longer. And so we’ve lost all of that. That whole timeline is now gone.” 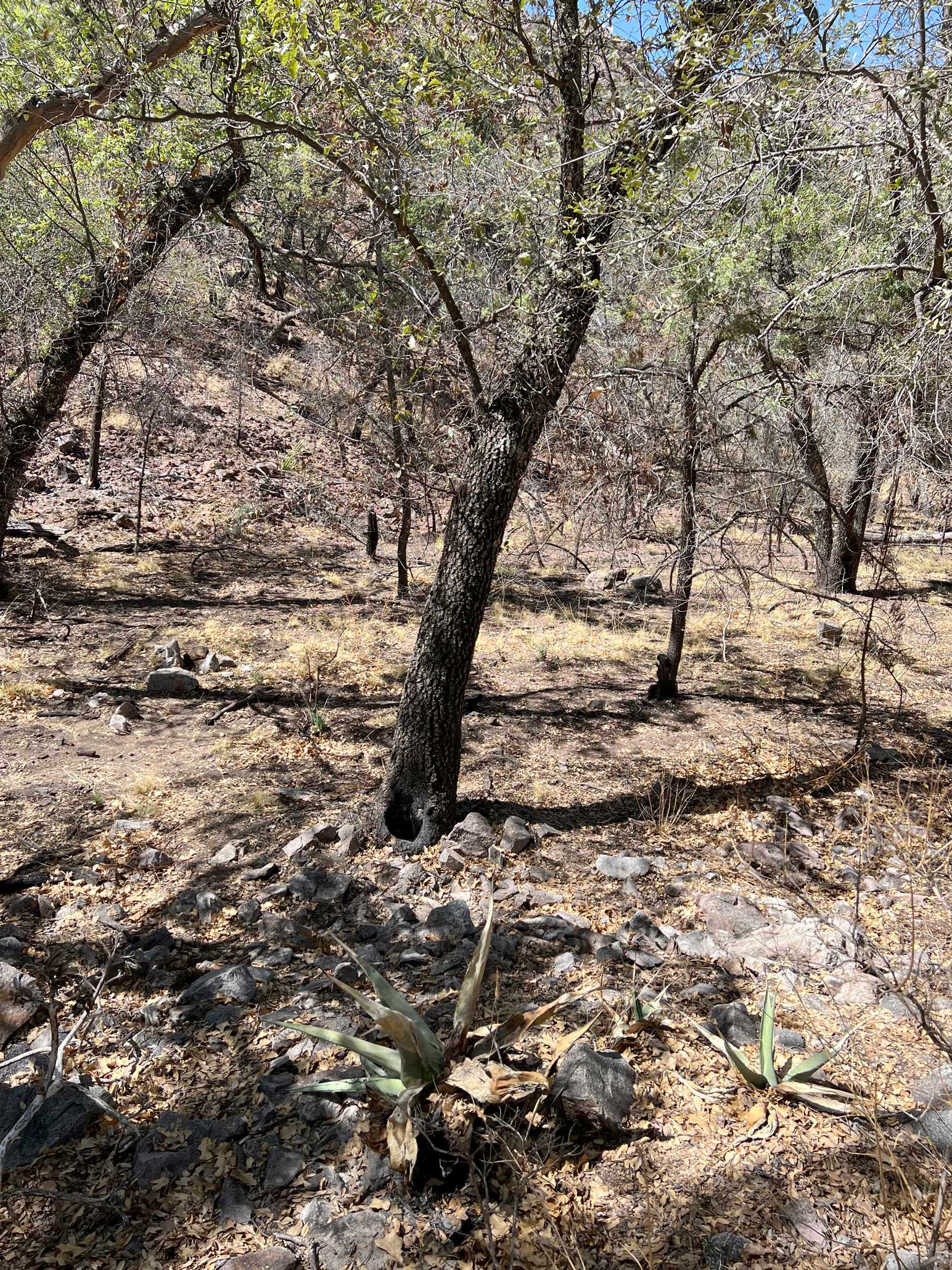 Eason said one day, if tardifolia propagation efforts are successful, they might even be able to plant new trees back in Big Bend National Park to help grow the population. As a botanist with a storied career, Eason said he was still riding the high of discovering the rare oak.

“When you see something like that, and you realize you’re looking at what potentially could be the only remaining individual of a species — I just get chills thinking about it,” said Eason. “It’s pretty emotional when you think that you’re part of a group of folks, not just the people in the field, but all the other folks that had to come together to make this happen, and find — for now — the last remaining individual.”