MARFA — The Marfa Independent School District Board held a community bond workshop on Monday, the second in a series of meetings, to gather public feedback about a bond proposal the district is planning to put up for a vote in the November 8 General Election.

In the initial public meeting, local teachers, parents and community members took a tour of campus facilities and by and large agreed a bond for infrastructure upgrades was needed. The second meeting saw fewer community members coming to a similar conclusion and discussing how to overcome public skepticism of the bond.

“We need to come back and refocus on how we get this bond passed,” said Board President Teresa Nuñez. “[We need] to assess [our] needs so we can get the information out to the public.”

The district can ask for up to $45 million dollars for the bond and must call the bond election by a deadline of August 22. The school board and Claycomb Associates, Architects, who the district is partnering with on the bond planning process, have presented three primary options for a reimagined MISD campus to community members, all of which involve building a new K-12 school somewhere on the district’s grounds and range in cost from $39 to $44 million.

Board members have reached a general consensus that a new school is needed, with many favoring the $44 million dollar option that would see a single-story K-12 campus constructed where the existing elementary school and Shorthorn Gym sit. The building would measure 90,000 square feet and hold up to 300 students, with construction estimated to take around 18 to 20 months. But, as many board members stated in Monday night’s meeting, the public needed to reach their own consensus, which, in an ideal world, would align with the board’s.

“I do believe that it is going to be too expensive to try to repair some [campus facilities] when it’s probably cheaper to go totally new,” said Superintendent Oscar Aguero.

In the past, proponents said a new singular K-12 building would allow for tighter security, cutting down on the number of buildings the students walk to every day, and the installation of new technologically-advanced classrooms, which could attract more students and teachers to become Shorthorns.

The current patchwork campus consists of eight buildings constructed and renovated across decades. A frequent topic of discussion among the school board and community at bond meetings has been the lack of a master plan, which could have proved helpful in the past, and would be integral in steering the future development of the district’s facilities and landholdings. All new preliminary design plans act somewhat as master planning documents and involve the renovation and demolition of a number of MISD buildings.

Since construction on a new campus could last two to three years, according to Claycomb architect Francis Zordilla, the district will have to figure out a way to reconfigure existing facilities to educate students in the event the elementary school is torn down to make way for a new K-12 campus, for example.

“We’re trying to master plan each of these options so that you guys can grow in the future as well,” said Zordilla.

It is likely that the district will have to phase those additional upgrades and go out for more bonds in the future to pay for them. The $44 million campus plan, for example, with renovations, demolitions and the new campus would cost around $59 million total in today’s dollars. Mike Rhodes, education consultant with Claycomb, said because school bonds have to be paid off within a certain time period, the district would have the capacity to borrow more funds in the future.

“So as those debts fall off, that creates capacity to issue more of the approved bonds by the voters,” said Rhodes.

The school board is still paying back a 2007 bond, in which voters approved $2,900,000 for two new gymnasiums. When asked how much money the district still had to pay off for those previous loans, Aguero said he wasn’t sure but that they were continuously making payments.

Aguero clarified further that an increase in school property taxes needed to pay for the bond would not affect the primary residences of those 65 and older with homestead exemptions unless they added square footage onto their property.

Another long-term goal of the district to provide more teacher housing was addressed in the latest design schemes presented at the meeting, suggesting the placement of a number of mobile homes on the land where the elementary parking lot currently exists. But the idea of using that particular space was ultimately nixed for a number of reasons — primarily because the site once held old homes that were torn down and buried in a hole underneath the lot. Dunlap, a permit specialist with the City of Marfa, said studies would likely need to be conducted on the site if it were to be transformed, and citizens aware of the site’s past might raise concerns over the health of re-exposing asbestos and more.

“In the middle of your bond, which is going to be a political issue in our town, I don’t know if you want to reintroduce the problem of what’s below that asphalt,” said Dunlap.

Fuentez agreed, stating even the aesthetics of the mobile homes in the area would likely turn citizens against the bond. He wondered whether the school campus could expand and utilize the wide North Gonzales Street, which others said was an interesting idea but would involve a complicated process with the city. Mitschke said without the street there it may also block fire truck access to district facilities in the event of an emergency.

“If you create animosity, ill will, unnecessary drama or conflicts, you put yourself in a position where [the bond’s] not passable,” said Rhodes, warning community members to weigh thinking outside of the box with feasibility.

Board Member Rene Gonzales called on Marfa PD Officer Gilberto Carrillo to share with the group the security concerns and challenges the current school facilities pose for incoming law enforcement officers. Carrillo said the buildings contain a number of dead ends and blind spots, and pose security risks due to the number of entrances and exits. Still, Marfa PD will continue to work with other law enforcement to train in the facilities in the event of an active threat situation, he said. Mitschke, meanwhile, said the number of exits may be a positive in the case of a fire, and the elementary school being concrete means the building would likely survive.

Fuentez, who also specializes in commercial air conditioning, ventilation and indoor air quality, was concerned after hearing about the physical reactions of coughing and watery eyes that some people experienced during the last bond meeting’s tour of campus facilities. If mold were present, he said, people should be worried for the health of their children and it could be a liability issue. He wondered what the theoretical argument would be for preserving existing facilities, saying that option seemed like it would do little more than “lipstick the pig.”

“The whole remodel concept has just been pass the buck for how many decades? Look at it now,” said Fuentez. “I’m sure it was done as best people could do back then. I’m not gonna blame them or anything, but that’s enough.”

Foster, who has been keeping an ear to the ground for local feedback, said he encountered one person in the community who calculated the price per student for the bond project — using the cost of construction divided by school’s current enrollment — and the high dollar amount turned that local against the bond project. Rhodes responded stating that was an unfair characterization of the numbers. The bond-funded new school would not just serve 250 kids, for example, but thousands over generations as the building should last fifty years or more, he said.

Public misconceptions were a real issue, Fuentez said, who’d heard rumors the new track wasn’t regulation size, to which Gonzales assured him it was. He continued, stating public concern for the new track’s price tag seemed to go away once the community started utilizing the recreational area.

“That’s why we built it,” said Gonzales. “We are trying to get the community involved.”

Many board members said they hoped for a greater turnout from the public at the next bond workshop, which is scheduled for 5 p.m. Monday, August 1. Nuñez encouraged those who could not attend to email school board members with their feedback and reminded everyone school staff would be available to host tours of the campuses for anyone interested.

“We just need to get the word out there,” said Nuñez. “Our children need it, Marfa’s future needs it. Come to our meetings. Don’t be afraid, just come and talk to us.” 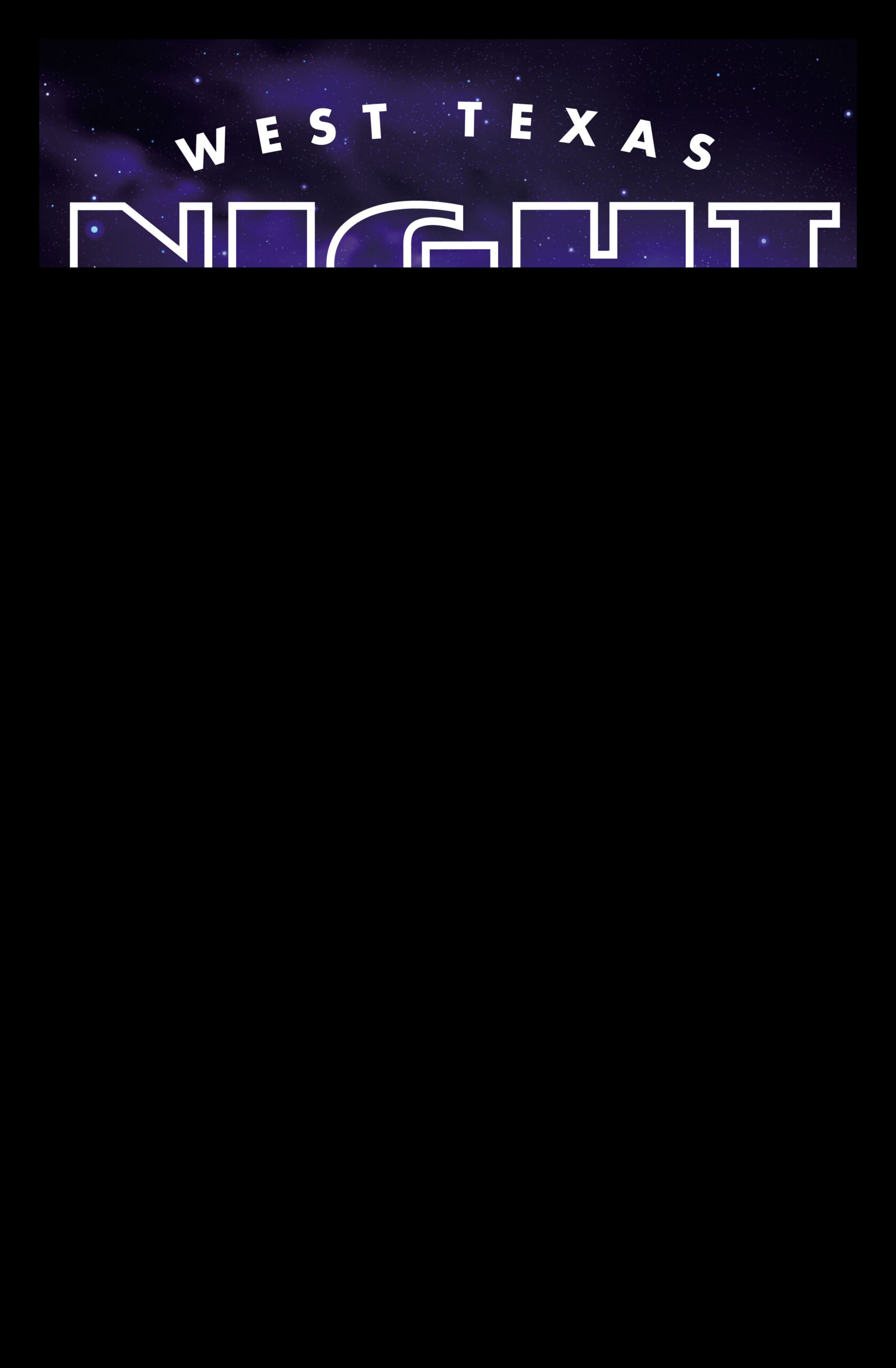 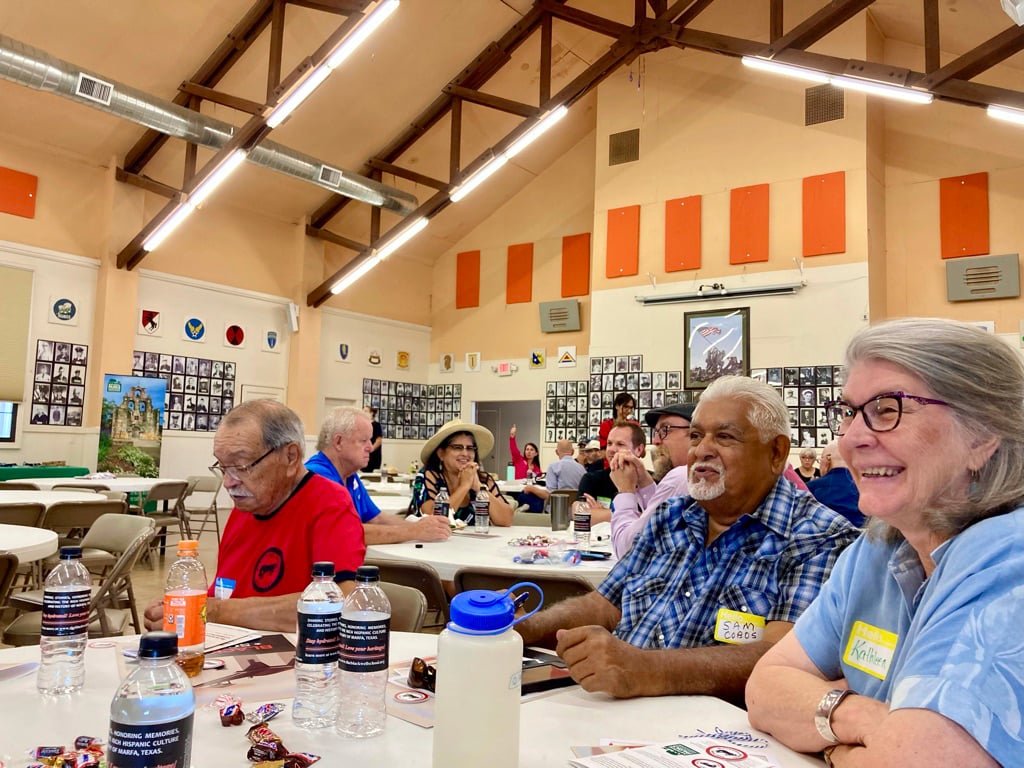 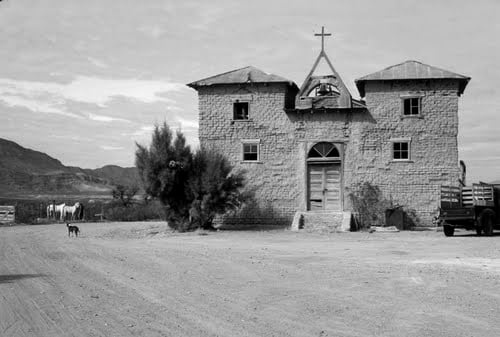