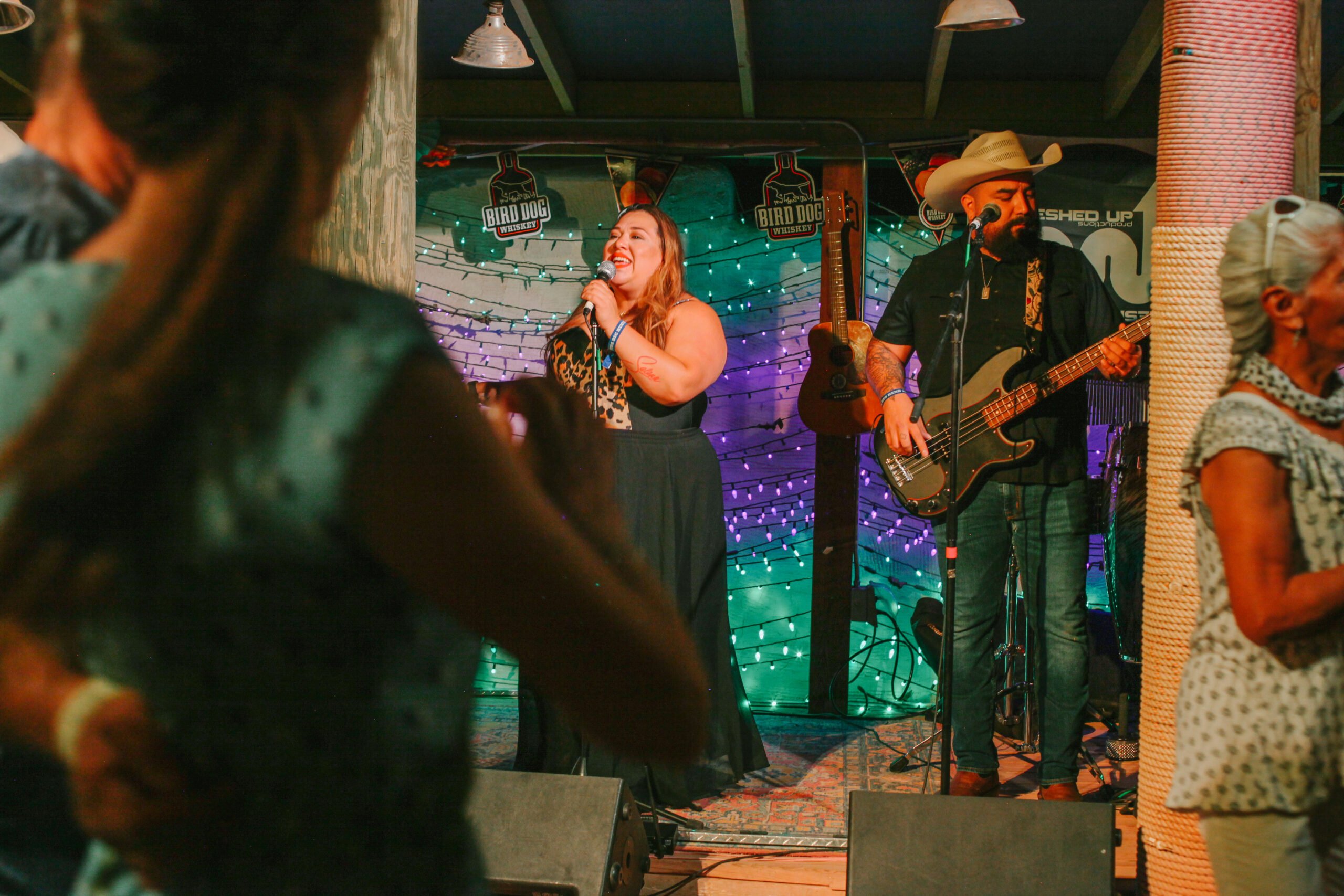 The event kicked off, as is customary, at Terlingua’s Starlight Theatre, where a monsoon rainburst struck during the intermission between longtime local act Carlos Maxwell and Ted Arbogast and headliner Patrice Pike. Locals and tourists alike huddled together as the storm pounded the famous Terlingua Porch.

Things stayed a bit drier over in Marfa, where a weekend of shows entertained crowds at Planet Marfa and the Lost Horse Saloon. Stephanie Bergara of Bidi Bidi Banda, an Austin-based Selena tribute group, said the area feels like a home base for their group because a performance in the Big Bend always bookends their annual summer tours throughout the United States.

“We could be having a tough day on the road, but as soon as we park, open the doors and breathe that wonderful, marvelous Big Bend air — it really reenergized us,” said Bergara. “We were kind of forced to slow down a little bit. We’re on Marfa time.”

Bergara was traveling with some newer band members who had never been to Marfa, who she prepared for the laid-back vibe.

“I always tell them Marfa’s the kind of place where you go to play a show and it is totally normal for a dog to be running across the dance floor,” said Bergara. “And I mean that in the best way.”

Bidi Bidi Banda is one of the Viva Big Bend’s fan favorites and returned to the festival for their fifth year, playing a daytime set at Fort Davis’ Audrey and Tyrone Kelly Outdoor Pavilion and what turned into a “rowdy party” at Planet Marfa. Some Bidi Bidi Banda fans doubled down on the dancing, attending both the band’s daytime and evening shows, she said.

Bergara, who has a four-year-old son, said the presence of kids and families at the Fort Davis show was memorable. “To have that pavilion show, while I was on tour, and missing my son really was really nice,” said Bergara.

Dave Beck’s Tejano Weekend, a group from Central Texas that performs traditional Tejano music in English, was participating in Viva Big Bend for the second time. Upright bass player David Beck, who fronts the group, said their late night show on Saturday at the Lost Horse, which saw the band performing not one but three encores, was one for the books.

“It was just so much fun. Everybody was dancing and letting loose and the music felt respected and enjoyed out here,” said Beck.

While not performing Viva Big Bend shows, Beck went for a dip at the Saint George Pool and watched the Austin Ramblers versus Los Yonke Gallos de Marfa baseball game at Vizcaino Park. Dave Beck’s Tejano Weekend, a five-piece band, is soon approaching their fifth anniversary as a group and is coming out with a live album this fall.

“[Viva Big Bend] brought in a ton of people from out of town and from all over the country, and even a few international folks. We’ll hope for continued success next year and are looking forward to it already,” said Ramser.

Planning for next year’s three-day music celebration, the 12th annual Viva Big Bend, which will take place from July 27-30, is already underway. While this year’s event brought over 65 bands to 17 venues in Marathon, Marfa, Alpine and Terlingua, there’s still room to grow. Since the festival’s inception in 2012, Presidio has been a notable exception from the lineup.

Jeran Stephens, executive director of the Presidio Municipal Development District, is hoping to change that. While there have been numerous musical events in Presidio over the years — everything from traditional dance festivals to the eccentric Dude of the Dead bash — this would be the border city’s first time as an official Viva Big Bend venue.

Stephens recently got the green light on a large grant from the AARP Foundation to rehab Daly Park, a gathering place near downtown Presidio featuring a band shell in dire need of repair. “We hadn’t been participating before and it boils down to cash,” she explained. “We did not have an appropriate venue for the bands to come and play with parking and seating and shade and electric [hookups].”

Grant stipulations require that the improvements to the park be finished and documented by December, so there will hopefully be plenty of time for Presidio to make the case for inclusion in next year’s fest. “My hope is that when the park renovation is finished, we will be able to sign up to participate for next year, which our board has already expressed an interest and desire to do,” she said. “It’s something we need to get behind. It’ll benefit our tourism, and there’s a lot of money coming into these communities.”

Ramser agreed that there were major economic incentives for participating towns and venues.

“From the feedback we’ve gotten over the years, this is one of the biggest weekends of the year for many businesses, even ones that aren’t directly related with the festival,” he explained. “We see spikes in hotel occupancy during the festival and that’s a big part of what’s driving the dollars into town — people coming in and staying in hotels.”

According to Ramser, the number of shows and venues this year was “the max” the organization could put together. “We try to do as many shows as we can, and there’s a number of other venues I’ve tried to work in,” he explained. “I wish I could have done [more] venues; we’ve had a lot of requests.”

viva big bend
Stay in touch with The Sentinel
Related 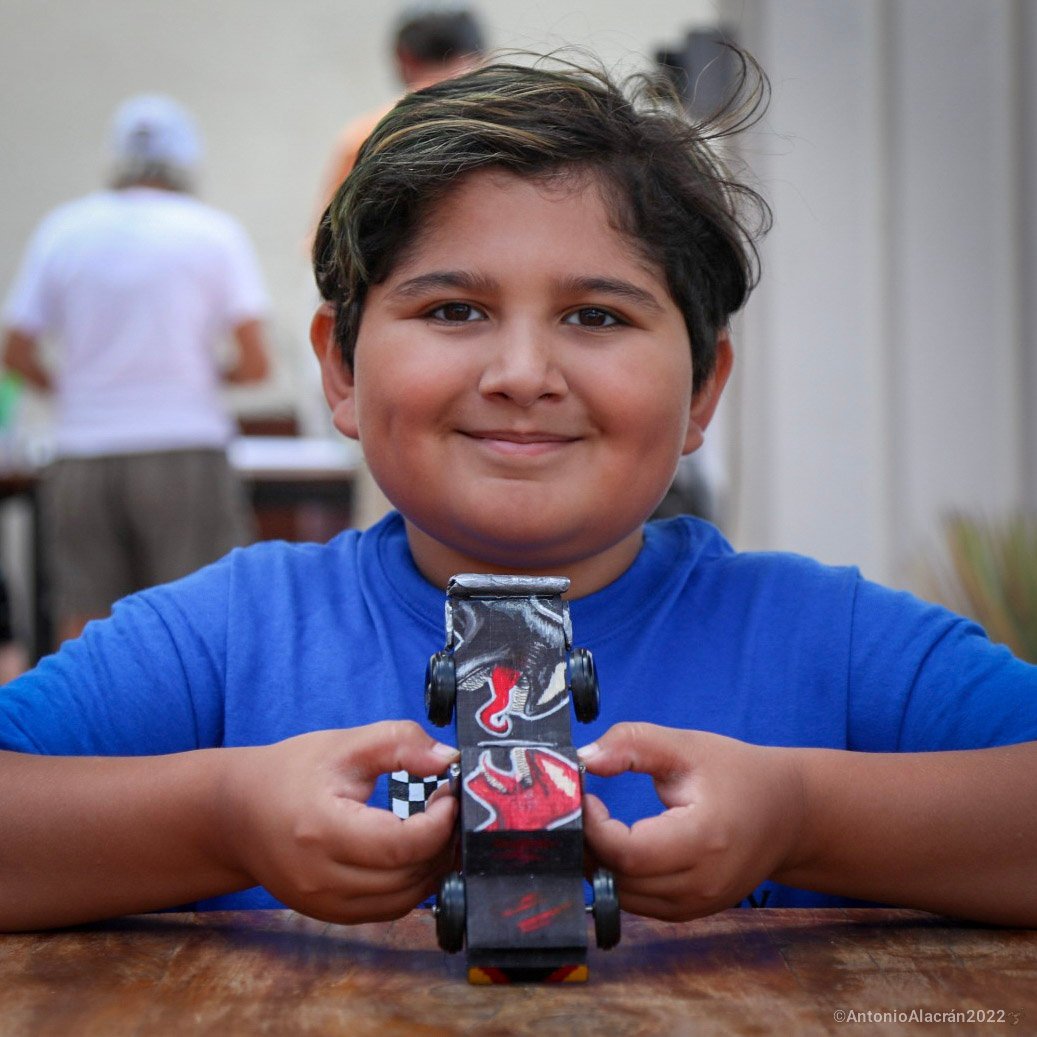 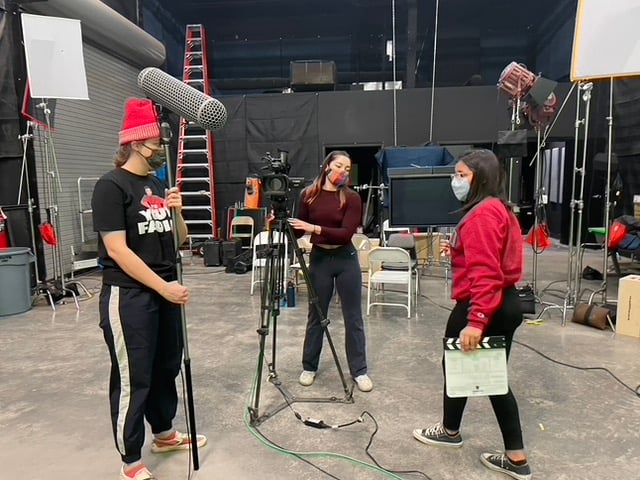