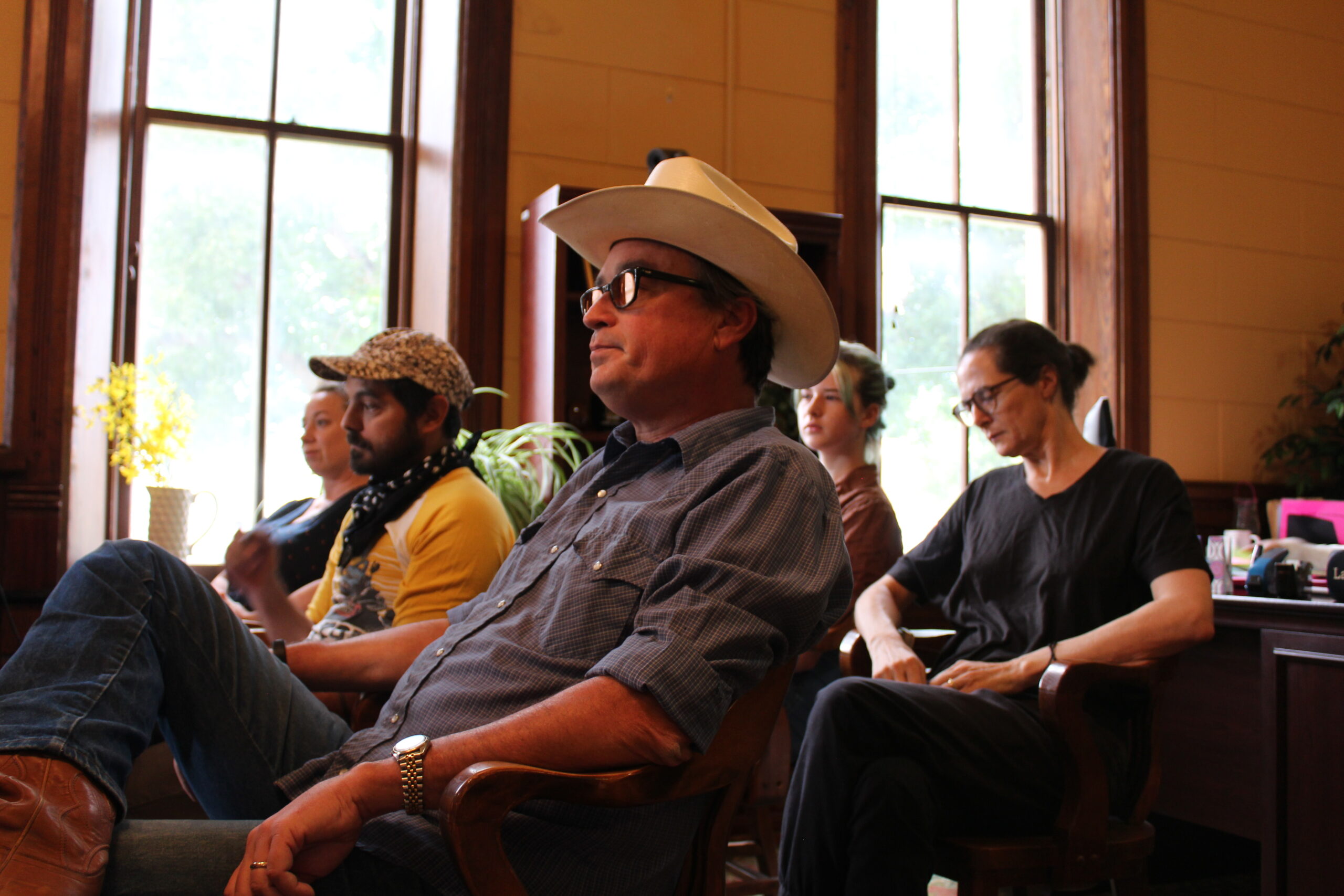 Marfa residents turned out in support of the March for Your Freedom at Presidio County Commissioners Court on Wednesday. Staff photo by Sam Karas.
Subscribe

MARFA — Despite some controversy leading up to Wednesday morning’s meeting of the Presidio County Commissioners Court, an event called “March for Your Freedom” in support of reproductive rights will be held this Saturday. “March with us from the courthouse to Marfa High School for our freedom of choice in abortion,” read flyers posted around town for locals interested in the event.

The march is the brainchild of Louise Culbertson, who was born and raised in Marfa but currently lives and attends school in Paris. “Now that I’ve left the country, I realized all the things that are happening in America,” she said. “Womens’ rights need to be seen and heard. It’s crazy to me that America is such a rich country and still has all these laws.”

Precinct 4 County Commissioner candidate David Beebe sounded the alarm last week on social media that he felt Culbertson’s event was being targeted unfairly by the county — he had heard from the event’s organizers that they had been told they weren’t permitted to gather on the courthouse lawn without permission from the county judge and commissioners court. “Public spaces are PUBLIC,” he wrote on instagram. “I’m very happy to see this march going forward.”

At Wednesday’s meeting, Beebe clarified his online comments — he stressed that events with fewer than 250 attendees were not required to receive permission from the commissioners court through a mass gathering permit subject to a public vote. Any smaller gatherings using the courthouse lawn without the use of water and power hookups don’t need to be approved by the county. “I’m not trying to point fingers at anyone,” he said. “This is a problem in our state and in our country right now. Our freedoms need to be clarified.”

County officials clarified that they had pointed Culbertson toward seeking permission not as an act of discrimination against her beliefs, but because they weren’t entirely sure about which events needed approval. Cecy Bejarano, the new project manager for County Judge Cinderela Guevara, clarified that she’d urged Culbertson to alert Precinct 1 Commissioner Brenda Bentley as well as the Marfa Police Department about the event as a safety measure. “There’s a lot of hateful people out there,” she said.

Commissioner Bentley praised the efforts of Culbertson, who is only 14 years old. “I’m really proud of you for taking the initiative to do something like this,” she said. “It’s not everyday that you see young people being proactive like that. So thank you for doing what you’re doing.”

The March for Your Freedom will be held this Saturday, August 27, at 2 p.m. on the Presidio County Courthouse lawn. There will be speakers and an open mic. All are invited to participate.