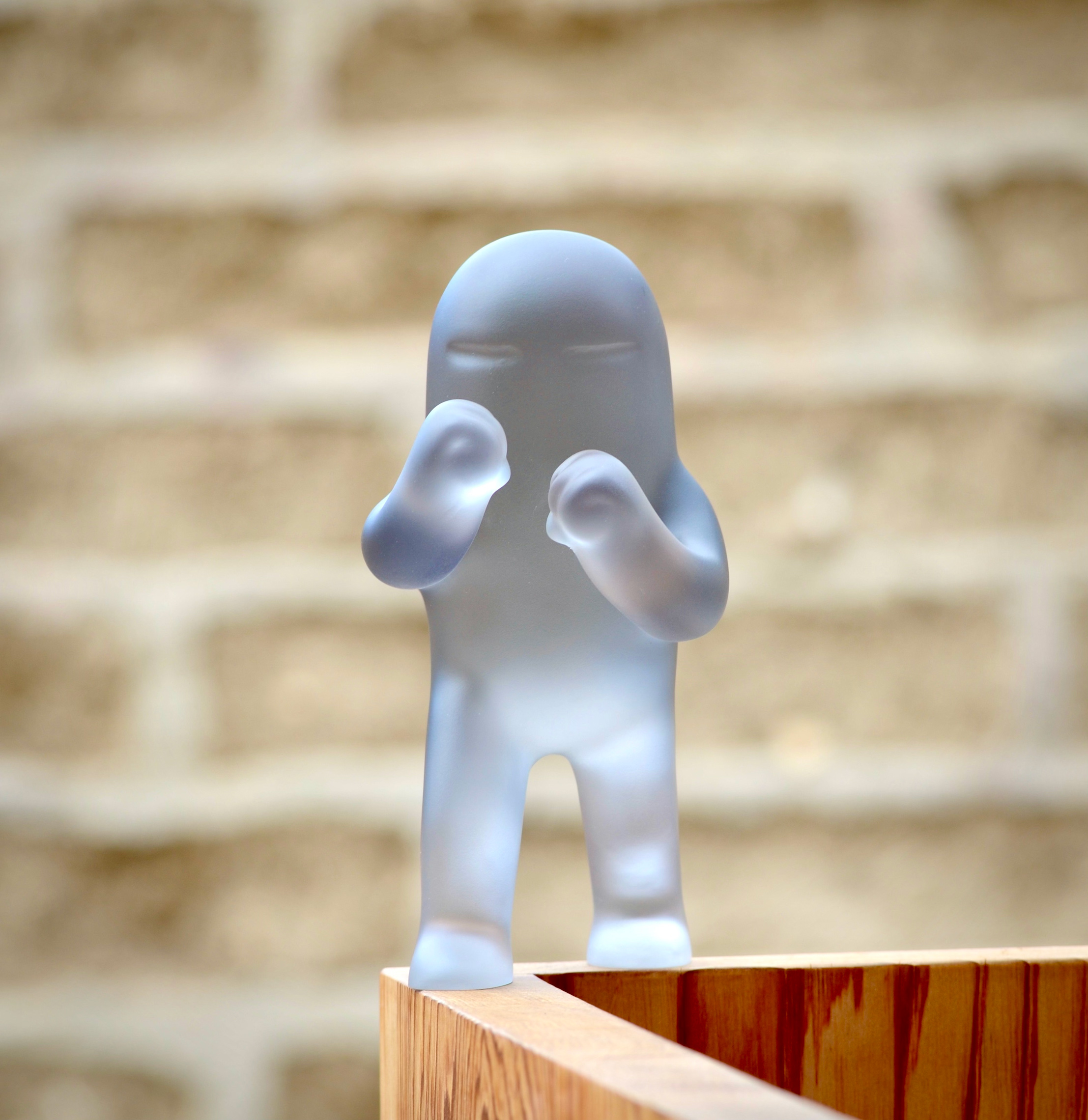 The show, produced by Marfa creative and production arts company Dara & Prat, will be on display from Friday, September 16, through Monday, October 17, at Thunderbird Marfa.

The figures, Colín explained, represent the inherent fears people hold on to, turning them into caricatures to show the fears we have are, on the contrary, benign.

“What I like to do is express some of the things we were taught not to express,” Colín explained of his monsters. “My monsters are not scary, not something that you’d be afraid of. It’s a way of having a dialogue about ‘What am I afraid of? What am I getting rid of?’ Painting and drawing has always been a therapy for me.”

The monsters, he added, are meant to connect with viewers not only in their context of working to overcome fears, but also to relate to the viewers with their simple, almost-familiar forms.

“When we’re kids, everyone draws. They make little stick-figures or make caricatures of teachers in class,” he said with a laugh. “At some point in our lives, a lot of us stop, and in doing so, it’s a big loss. With my monsters, I’m going back to the basics and having these very simple, common, friendly figures. A lot of art today is very pretentious, and it’s sometimes hard to penetrate and understand.”

Colin’s Mexican upbringing, he added, has had an impact on his art. The country’s culture deals with death, with holidays such as Dia de Los Muertos taking a lot of fear of mortality away as compared with other cultures.

“We were raised to laugh at death,” he said. “We have a history with the Aztecs and other pre-Hispanic cultures of looking at death in different ways. Of course, it’s a worldwide phenomenon, but these guys were really, really into death. They had massacres, and gods were awful and destroyed everything. Being Mexican equips us with these special views on life. I’m not sure if I would have the same kind of work if I weren’t born and raised in Mexico.”

Despite this fact, however, Colín believes his work’s appeal is not culturally exclusive. “I think everyone will be able to see the monsters and relate in some way,” he said.

As for making his U.S. debut in Marfa, Colín holds excitement for the prospect.

“We were considering taking the show to Miami when we were putting it together,” he said. “But I visited Marfa and was entranced by the magic of the town. I had heard about it before because of the buzz around the art, but being there, there was something magical about it.”

The opening of the exhibition will also feature a performance by Juilliard-trained violinist Jeanann Dara and a yet-to-be-announced special guest.

For more information on the show, please visit monsterlandsmarfa.com and keep on the lookout for more upcoming Dara & Prat productions.