‘Outtakes,’ an exhibition of photographs and sculptures by Sandy Skoglund, opens at RULE Gallery Sept. 2 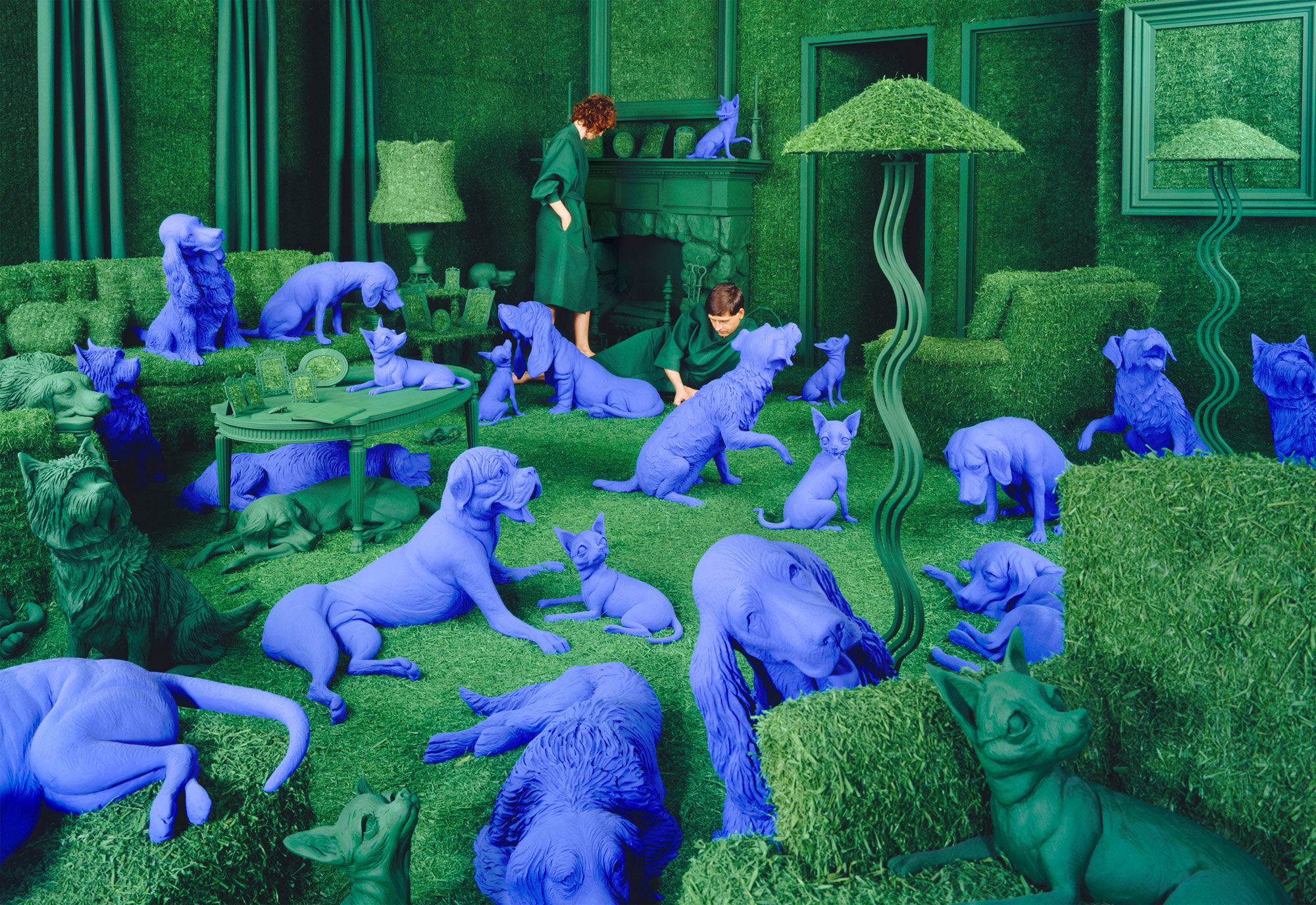 MARFA — RULE Gallery is pleased to present Outtakes, an exhibition of photographs and sculptures by Sandy Skoglund at our Marfa location, following a celebrated run at our Denver gallery. A public reception will be held Friday, September 2, from 5-7 p.m. The show will be on view from September 2 to October 15. Gallery hours are Wednesday through Saturday, 11 a.m. to 5 p.m.

Sandy Skoglund is an American photographer and installation artist best known for her fantastical and brightly-colored tableaux from the ‘80s, ‘90s and early 2000s. Meticulously crafted as elaborate sets, Skoglund’s surrealistic scenes — comprised of various props, sculptural elements and human models — are subsequently photographed, one composition among many chosen to represent the work. But what of the other images, the fate of those deemed mistakes or inconsistent with the artist’s initial vision? In a nod to the deep cuts and the varieties of artistic experience, Outtakes presents a selection of unseen works of some of Skoglund’s most iconic and innovative installations.

In the wake of a global pandemic and with time stretching out in a vast open sea of uncertainty, Skoglund’s itinerant curiosity turned to what the artist called “countless boxes in the classic yellow of the Kodak company” of archived negatives — the outtakes. Decades removed from their inception, the images slowly revealed their secrets. For the relentlessly iterative Skoglund, the kinship to and divergence from the originals spoke of the vagaries of the artistic process and, more generally, how most of us move through life between ambiguity and clarity, searching for answers in the minefield of doubt. Some of the narrative translations of the outtakes are drastically altered via choreographic whims, while other discrepancies — a blur here, a frame shift there — read like endearing fractures in space and time that take a scrutinizing eye to discern.

The photographs in Outtakes can be viewed as an embodiment of the repetition and abundance that have always coursed through Skoglund’s work. Like the thousands of arranged popped kernels of corn in Warm Frost (2001), each one exploding with its own particular expression, the images on display revel in the same visual bounty as the archetypes while also suggesting an alternative to the notion of the ideal composition. Latent potentialities come to light when we look again upon things we have long known and remark in them what we have never seen before. A decidedly more personal and unfiltered glimpse of Skoglund’s work, Outtakes is an ode to the revelations inherent in reappraising, in her words, “the things you leave behind when you have to make choices.”

rule gallery
Stay in touch with The Sentinel
Related