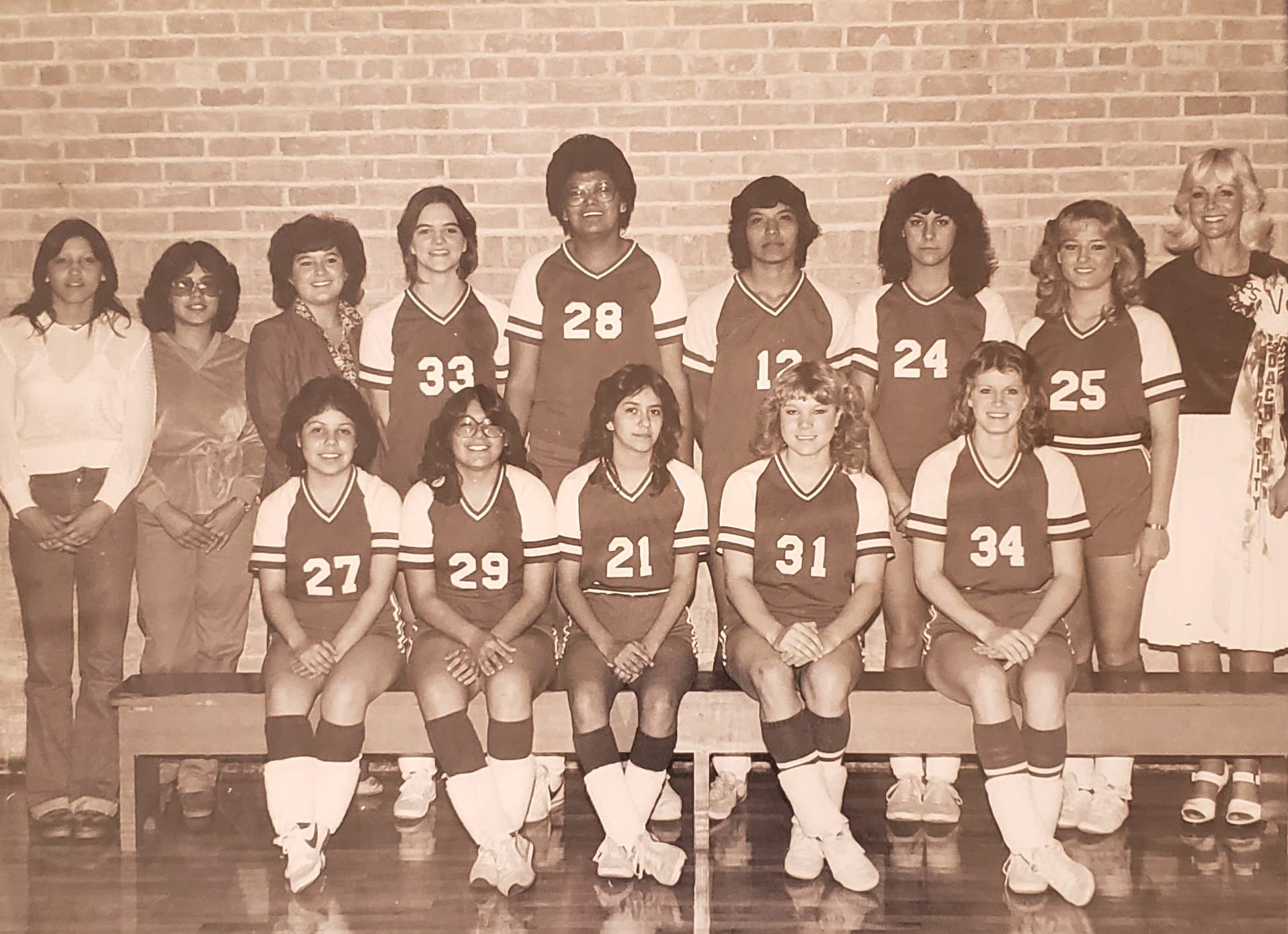 MARFA — Alumni of Marfa High School’s 1980-81 Lady Shorthorns volleyball team will be formally recognized for their accomplishment of placing second in the state championships over 40 years ago by the community this Friday during a ceremony at 3:30 p.m. in the Shorthorn Gym. The student body will be present and the public is welcome to attend.

The team, which at the time competed in the 2A category, traveled to Austin to compete at the University of Texas for the UIL state championship game and came in second place. While the team ultimately lost to Jourdanton High School in two sets, the advancement marks the only time a team from Marfa has achieved such a feat.

The move to recognize the team is part of a new initiative called “The Great Comeback,” which MISD Athletic Director Linda Ojeda said will honor teams and individuals throughout Marfa’s athletic history that made great strides but were never properly lauded. The 1980-81 Lady Horns will be the first group honored.

“We’re trying to basically revamp the historical landmarks that these people have accomplished,” said Ojeda. “I think it’s important for the history of not just our athletic program, but also the history of the school.”

Ojeda said the school will continue to thumb through their archives and highlight other athletes that never received kudos, likely selecting one more special group or individual this spring. A handful of the original team members will be present at Friday’s ceremony to celebrate their accomplishment, most of the women now in their late ‘50s, some still living in Marfa while others have moved away.

Linda Webb, who was a senior that year, played all-around and was known for her prowess as a powerful hitter and blocker. Webb grew up in Marfa and now lives in San Angelo. She will be traveling home this coming weekend to attend the honorary ceremony and reconnect with family at the Marfa Lights Festival. She said she was grateful for the long overdue recognition of her and her teammates’ athletic achievement.

“It’s nice to have the recognition, even if I’m 59 and gray hair[ed], I’ll step up there and accept it,” said Webb.

The silver medal the team received for placing second in state in the 2A category at the 1980-81 UIL State Volleyball Championships. Photo courtesy Linda Webb.

She recalled the team traveling to Austin for the state championship game and how they were intimidated at first, some of them as teenagers never having traveled to the big city. But while they were in awe of their surroundings, they felt confident in their skills as a volleyball team, said Webb.

“The UT campus [was] probably bigger than any town I’d ever been in. We were from a small town, Marfa. We never traveled much,” said Webb. “To get on that court in that huge gym and play — it was one heck of an honor. I don’t think we really realized at the time how great it was.”

Webb said back then in the early ‘80s school athletics was primarily male dominated, and while the team was supported by their families, the community at large wasn’t fully aware of what a big deal it was for a volleyball team from Marfa to advance all the way to state competition.

“I don’t think we got a lot of support from the townspeople or the school at the time because everything was centered around football and men,” said Webb.

One memory stuck out in Webb’s mind, she said, of the then-athletic director making a comment that the team wasn’t spiffy enough to compete at the state level because they didn’t even have matching warm ups. But warm ups were borrowed from another team and the girls didn’t let it get to them, she said.

“We didn’t care. We had on our gray sweats. We went, we kicked butt, we played hard. We were a team, and it was like a band of sisters,” said Webb.

Webb, along with Gina Harris, daughter of Coach Bel Harris, who was also a senior in the 1981 graduating class, were selected for the all-tournament team that year. Webb said Coach Harris was an important part of her and each of the girls’ lives at the time.

Minerva Dominguez, who played volleyball for all four years of high school and was a part of the team that advanced to the state championship as a sophomore, said Coach Harris was a truly dedicated coach. Dominguez remembered putting in long hours practicing from 4 to 8 p.m. after school.

“At a game, if you missed a serve, you were going to serve 50 the next day at practice,” said Dominguez. “She was tough. She’d get up on the referee stand and spike the ball. That’s how we could pick them up.”

Dominguez, who played setter, passed the Lady Shorthorn volleyball tradition down to both of her daughters who played on the team, also both as setters.

For Webb, the honorary ceremony and chance to get together with old teammates reminds her of one of the unforgettable experiences of her life — the pride she felt walking away with that silver medal.

“You have other big events in your life. But you never forget that,” said Webb. “You never forget how it felt having somebody put that silver medal around your neck and to prove that you really were darn good at something.”