Hazmat spill on I-10 results in fatality, significant delays 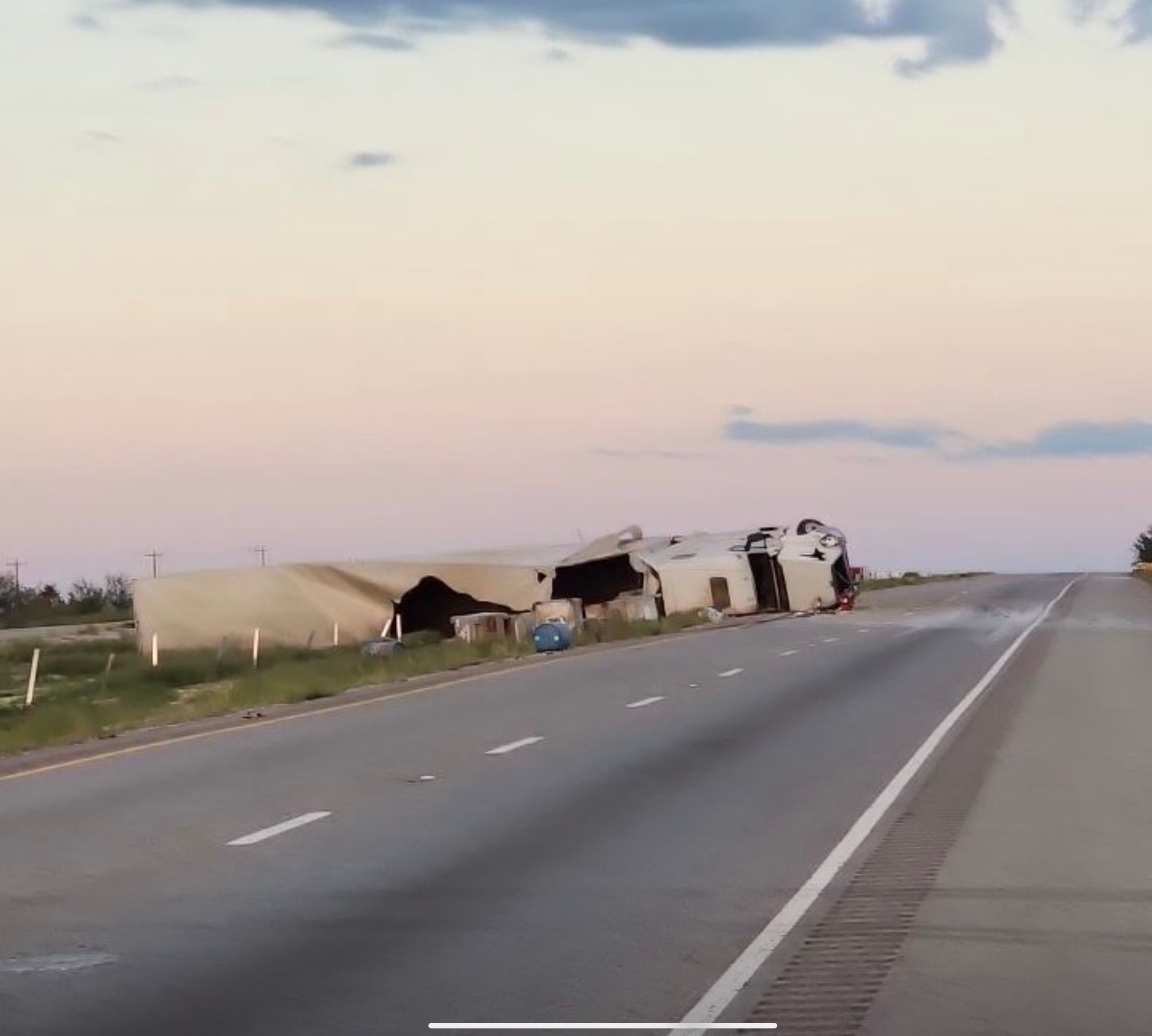 CULBERSON COUNTY — A crash last Friday on Interstate 10 between Van Horn and Sierra Blanca left one person dead and resulted in significant delays for traffic in both directions.

Around 3:30 p.m., a truck tractor towing a trailer drifted into the median and overturned, spilling hazardous material. The Texas Department of Public Safety (DPS), TxDOT and a hazmat cleanup crew responded to the incident, working through the night until early morning Saturday to unblock traffic.

According to the DPS crash report, the driver of the truck tractor veered into the median for “unknown reasons” and was pinned by the vehicle. He was quickly transported to the Culberson County Hospital and pronounced dead by Justice of the Peace Gilda Morales. Next of kin were notified as first responders attended the scene of the crash.

The driver of the truck trailer was identified as Nikolai Vidinliev of Hiram, Georgia. Vidinliev was survived by two daughters, Magi Vidinlieva and Dessi Richardson.

“We are all very heartbroken,” Magi Vidinlieva said. “My dad was a warm, friendly and kind man and he was loved by so many people. He has friends all over the world and they are all devastated.”

Vidinlieva said her father wished to be laid to rest in his home country of Bulgaria — the family set up a fundraiser to cover the costs of transporting his body for burial.

“He was a kind and loving man that brought his family to America from Bulgaria for a better life. He believed in the American dream and he sacrificed so much,” Vidinlieva remembered. “His last wish was to be sent home to Bulgaria for his final resting place.”

On Friday, the El Paso Fire Department and Lone Star Hazmat quickly responded to the crash. Richard Lenius, the president of Lone Star Hazmat, explained that his crew’s first step in any clean-up is testing the air quality of the scene to help determine what materials were spilled. “We immediately start doing air monitoring to make sure there’s no volatile organics involved,” he said.

Placards mandated for the transport of hazardous material communicate what types of risks the materials pose, but don’t always specify exactly what the materials are. “When you see a placard on the side of a truck, it will give a four digit number — that particular number can cover about 40 different chemicals,” Lenius explained.

In this case, Lenius’s team was able to narrow it down through additional testing — that process remains ongoing, and as of press time the team couldn’t specify exactly what materials were spilled. “During the process, we were able to identify that there were multiple different types of containers with flammable liquids and corrosive materials,” he said. Some of the containers had split open during the crash, requiring the crew to work quickly to deem the area safe for further cleanup.

A case like last week’s crash requires multiple steps of remediation. “Once we’ve identified what the material is, we go in and transfer the remaining liquids into special containers,” Lenius explained. “Once that’s completed, we’ll go back in and we’ll do some soil remediation.” Soil samples sent to Texas Commission on Environmental Quality (TCEQ) determine when a scene has been officially and thoroughly cleaned.

To contribute to the family’s fundraiser, visit https://gofund.me/1d2b9b8b.