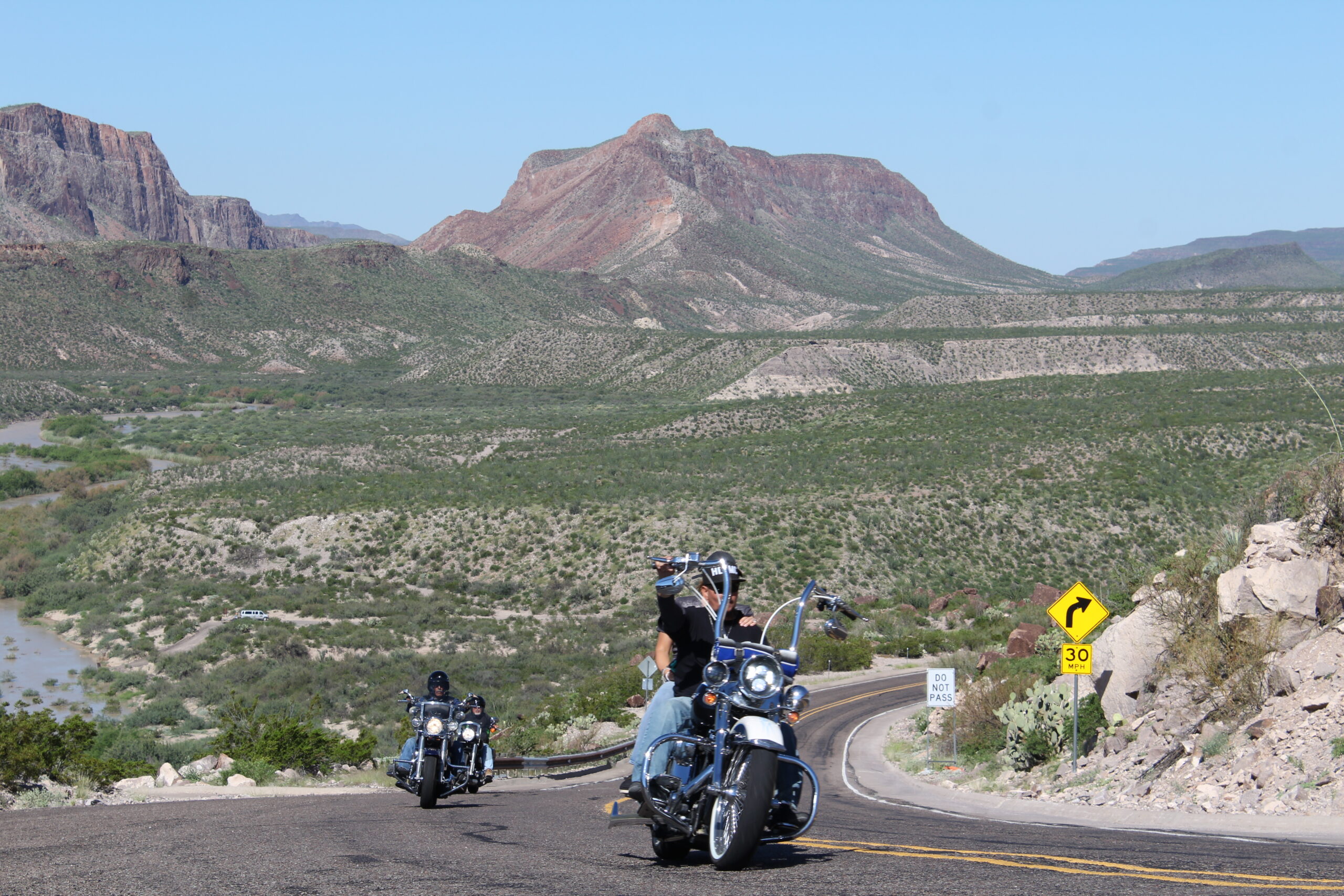 PRESIDIO & TERLINGUA — Last Saturday, the Presidio Trading Post celebrated Mexican Independence Day in style with their 7th annual Poker Run. Bikers from all over the region gathered at the Post early in the morning and rode to Terlingua together for lunch at Rustic Iron BBQ in the Ghost Town. After the return ride, everyone capped off the day with a fiesta and musical performances in Presidio.

The Trading Post’s annual event is what’s called a “poker run” — an adaptation of the classic card game for the road, played by motorcycle enthusiasts around the country. At each stop, a single card is dealt until riders have a full hand. “At the end, the best hand wins,” Carrera explained. “Everyone pays $20 — [the Trading Post] doesn’t make any money from this, all the money is for the winner.”

Carrera has only been biking for a few years, but his hobby has quickly blossomed into a full-blown obsession. For his birthday this year, he and some buddies rode together for 1,200 miles to attend the world-famous motorcycle rally in Sturgis. That’s his longest ride to date, but he loves taking in the beauty of the Big Bend region on two wheels. “It’s like therapy for me,” he said.

Mario Peña of Redford joined Carrera for his trip to Sturgis this year — taking a roundabout route through Santa Fe and the Devil’s Tower in Wyoming to pack in as much sightseeing as possible. “We did it all crazy, with no GPS, just a map — old school,” he said.

Peña has put almost 100,000 miles on his bike since he bought it — though he’s taken it all over the region, the River Road is his favorite place to ride. “We grew up here, but I could do that trip every day,” he said. “You see different stuff every time you go by — each time is a different story.”

All the riders made a stop in Terlingua for barbecue and karaoke at Rustic Iron BBQ before turning back to celebrate at the Post. Mariachi Santa Cruz and Roxy Cabello brought down the house with patriotic performances before everyone gathered for a screening of the Canelo v. Golovkin boxing match — marking another win for the reigning middleweight champ.

In its early years, the ride was held during Labor Day weekend, but organizer Rafael “Rafa” Carrera shifted the event by a few weeks to give Presidians a way to celebrate Mexico’s independence from Spain on this side of the river. “Nobody really does anything in Presidio,” he said, explaining that most folks cross the border to cook out and light fireworks with family.

This weekend’s festivities across Mexico were the first large public gatherings for the holiday since the COVID-19 pandemic broke out in 2020 — it was a similar story for the Poker Run. Last year’s event was limited to close friends and family only, but this year folks traveled from as far away as the Permian Basin and Camargo, Chihuahua, to take part. “Next year is going to be even better,” Carrera promised. “I’m hoping we’ll get even more people after the pandemic.”