As a long time reader of The Big Bend Sentinel, I have come to appreciate the political cartoons of your staff cartoonist. For over 30 years, The Sentinel, as I was told, represented the news of the area if you wanted to know what was going on in the Big Bend! As an even longer standing member of the Republican Party, I would chuckle at Golliver’s characterizations of anything GOP and take umbrage at his sometimes caustic and ungenerous comments. After all, isn’t this what American Society is all about? Last week’s issue has been the camel’s back breaking moment. His characterization of Governor Abbott was not political. It was far from it! His comments were hateful and crude and served no constructive political purpose other than to demean. Over the years, Golliver’s artistic acumen has been a marvel to me, and when directed to politics has served him well. I would think that his commentary serves a proper political purpose. As such, I think he should examine his product more closely. And, Editor, I believe it would serve The Sentinel and your readers well to carefully review what you print on your pages.

When I step out of my office in this handsome little town where I grew up, a little town set amidst the “mile-high” beauty of far West Texas, I glance across the street and see a small, yellow brick high school building that was old when I was in school nearly a half century ago. Built in 1929, it lacks certain amenities, shall we say. At lunch time, I see students sitting outside under the trees and opening up their sack lunches, since we don’t have a cafeteria. Later in the day, they’ll get home as best they can, since we can’t offer bus service. For the past three years, their numbers have declined.

If it’s early morning, I see teachers headed to their classrooms. They’re some of the most dedicated people their profession has to offer, but we can’t pay them what they deserve. I know they give their all, but you can’t blame them when they have to move on.

I walk back into my office, call up the numbers on my computer and face the dismal fact, yet again, that the Fort Davis ISD is in financial trouble. Like other small districts across the state, the numbers aren’t working for us. It gives me no satisfaction to predict that within the next two to four years, upwards of 10 to 20 percent of our smaller districts, including Fort Davis, will be facing financial ruin. Some may make it longer, some may hit the financial cliff sooner, but all will ultimately deal with it at some point.

Here’s why: Our two main sources of revenue, funding from the state and local property taxes, are not guaranteeing equal education to all students, as required by the Texas Constitution. We also get federal funding, which benefits some districts more than others, but those funds have decreased over the last decade to a fraction of what they once were.

State funding is determined through a bewildering maze of calculations, ratios, weights, attendance, enrollment, property values and more. I’ve considered donning a wizard’s pointed cap when grappling with the calculations, but instead I resort to the most common method of trying to predict what funding a district may receive: an Excel workbook with more than 150 different worksheets all linked to each other with complicated formulas. I’m persuaded the Texas Legislature makes these calculations complicated on purpose. Lawmakers want to confuse and frustrate the regular taxpayer. I realize I’m oversimplifying, but the basic fact taxpayers need to remember is that the higher the property values a district has, the lower the state share of money that district receives.

I can tell you from years of experience in this position that Fort Davis ISD, like many other small rural school districts, has managed our taxpayers’ funds in the most frugal manner possible. We routinely achieve a “superior” rating on the Financial Integrity Rating System of Texas (FIRST).

Nevertheless, state funding for our district has steadily, and dramatically, decreased since the 2008-2009 fiscal year. We expect funding to continue to drop for at least the next two years. We will see our fund balance — what many mislabel as our savings account — completely depleted in the summer of 2024. This precipitous drop is due to the state’s deliberate action to increase local property values year after year, which then decreases the state’s obligation to fund the education of our children.

The value of local property is determined by county appraisal districts, but the state comptroller’s office routinely overrides these values every year, setting them much higher all across the state. These values are then used in calculations and formulas, and an allotment is assigned to the district. (I’m tempted to ask why we even need county appraisal districts if the state ultimately determines what local property values should be.)

The largest portion of this allotment is called Tier 1 and has remained almost unchanged for years, while the overall state share has declined. Fort Davis’s Tier 1 allotment has dropped 15 percent, but the state share of funding has dropped a whopping 95 percent over the same time period.

The state then basically directs that everything collected over our “allotment” returns to the state. These returned funds are known as “recapture,” commonly called “Robin Hood.” There is more to the school funding calculations than the Tier 1 allotment, but this calculation makes up the bulk of what the state believes a local district should keep.

The primary problem with the current school-funding process is simply the way that the state determines and uses local property values. This faulty system is penalizing districts like FDISD. Property values have increased dramatically — by 45 percent since 2012 alone — while the state’s share of funding to the district has hit the floor. No other metric involved in the school funding calculations has changed anywhere near as much.

Fort Davis, like most other districts, has fixed costs that are simply unavoidable — utilities, insurance, internet, phone and dues, not to mention the 78 percent of our costs incurred through payroll. School districts also have very specific obligations to meet accreditation and graduation requirements. These costs leave very little for discretionary spending. In theory, we could cut every single extracurricular activity entirely, but that would only save a fraction of the budget.

Texans, of course, have been tussling about local revenues for decades. We’e gone to court and argued over public school finance on multiple occasions, beginning in the 1990s. In 2016, the Texas Supreme Court determined the system in place was constitutional, although in need of modernizing. The unanimous decision effectively closed off all remaining opportunities to challenge public school finance in court. Now the state gets to determine what our local tax rates and collections can be.

Those familiar with previous school-finance lawsuits will note the irony here. House Bill 3, comprehensive school-finance legislation passed in 2021, merely delayed what many saw coming. The legislation created a reprieve in funding designed to last only a couple of years. Those two years are up, and the crisis looms once again. For Fort Davis ISD and other small districts, time may run out before we are able to craft a fix.

A legislative Band-Aid, so to speak, won’ be enough to save us. We need meaningful and long-term solutions to the school-funding crisis. Serious reform, first of all, would acknowledge that small districts in sparsely populated regions of the state are not the same as large urban districts. The urban districts do not have the same restrictions and limitations that we do. Just as our six-man Fort Davis Indians won’t be taking on the Katy Tigers or the Odessa Permian Panthers next Friday night, all school districts are not the same with regard to funding. One size does not fit all.

In addition, the Texas Legislature should:
* Include ALL revenues in calculations to determine whether a district is “rich&quot; or “poor”
* Increase and scale the Basic Allotment according to school size, but detach this allotment from
the state’s minimum salary schedule
* Increase the “weights” for special populations
* Remove the ability of the state comptroller’s office to override local county appraisal district
calculations of property values (except in very limited circumstances)
* Place automatic inflationary adjustments into the calculations, so that legislative action is not required to adjust the funding system

When I graduated from Fort Davis High School in 1982 and headed to West Point, I never imagined coming back to serve as my hometown’s school superintendent. But come back I did. I was unaware of just how much this little town meant to me (the prettiest in Texas, in my humble opinion) and the upcoming struggle to keep our schools open. Fort Davis was established in 1854; my family got here in the 1880s. My mother, aunt, cousins and I have taught here since the early 1960s. My children have attended school and graduated here. Many of my childhood friends still live here; their children and grandchildren attend Fort Davis schools. Some days I climb into my red pickup and drive over to the elementary school, near the actual Fort Davis, now a state historical site. With kids back in class after the trying years of the pandemic, I see their bright-eyed eagerness to learn, to take in knowledge. (My grandson is among them.)

It’ hard to imagine shutting the door on those opportunities, hard to imagine closing off their bright future growing up in this little town. Financial crisis or not, I’ll do everything in my power as superintendent to make sure that doesn’t happen, but lawmakers have to help. In the midst of all our other crises, manufactured and otherwise, this one really matters.

Graydon Hicks III has been superintendent of the Fort Davis Independent School District since 2014. 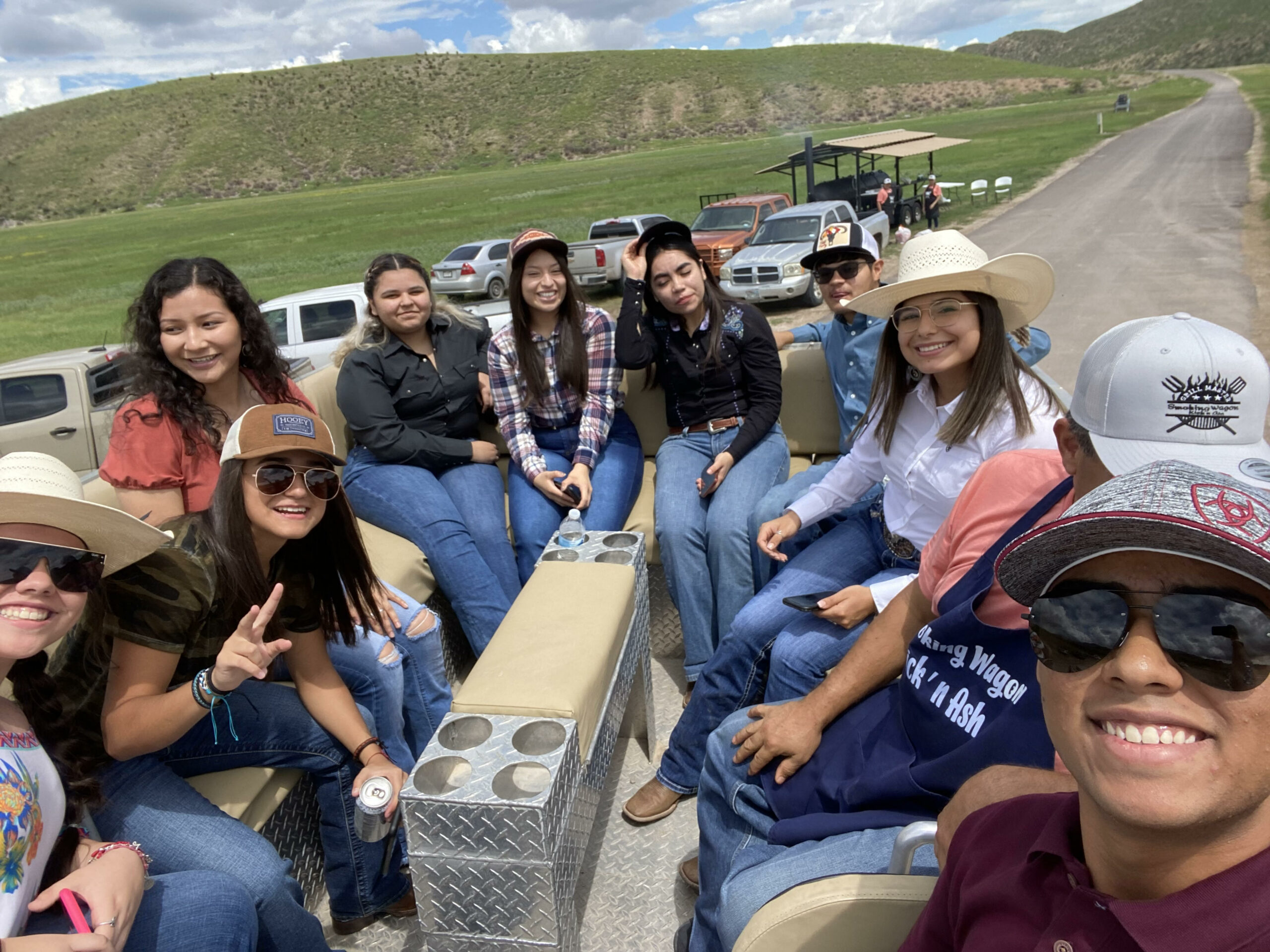 September 8: Letter to the Editor