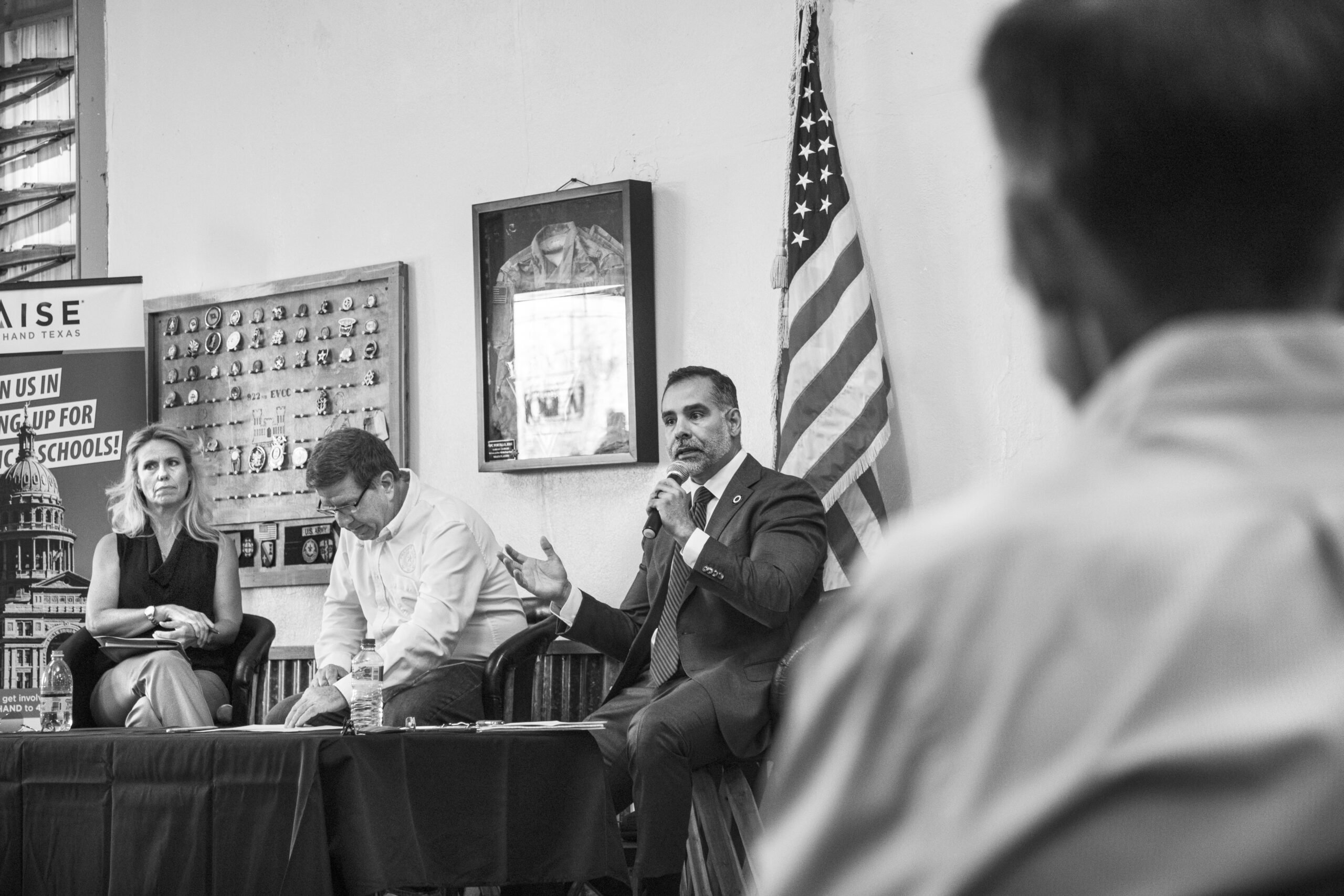 The “For the Future” candidate forum was part of a statewide series of nonpartisan forums hosted by Raise Your Hand Texas, an advocacy group focused on improving public education in Texas. The talk was moderated by Presidio Mayor John Ferguson, who asked the candidates for their opinions on topics including teacher retention, school funding, private school vouchers and virtual classrooms.

When it came to the topic at hand, the candidates seemed to see eye-to-eye more than they differed. Both expressed opposition to a statewide voucher program, which pulls property taxes from public schools for private school funding. Both believe there should be less emphasis on standardized tests in school accountability systems — though Morales alone advocated scrapping the STARR test altogether — and both stated that decision-making should fall largely to local school boards rather than the state. Both underscored raising teacher salaries as top priorities. Both Parker and Morales advocated sending tax monies collected from “rich districts” back into school districts themselves, rather than to Austin.

Each candidate used the opportunity to make their sell to voters. Parker emphasized that she herself hails from Presidio County and currently lives in Alpine, where she owns the Spicewood Restaurant. “As a businesswoman and a fourth generation rancher … I have a long line of people who care about this community, care about kids,” she said. “That’s why I stepped up and realized it’s time for me to give back.”

“There’s so many of these little kids that need somebody to fight for them, and not just education,” Parker continued. “There’s so many things — our property taxes — that need a voice, and I think it’s time to have a local voice in Austin to represent us locally, and to know I’m not there for another job, I’m there for you guys.”

Morales emphasized his ability to reach across the aisle, and pointed to his relatively conservative voting records despite his party affiliation — he has been deemed the fifth most conservative Democrat in the legislative body, he said. “I’m not just out there as a Democratic candidate voting and pushing that lever on Democratic issues,” he said. “I’m truly listening to everything that’s taking place in the largest district in the state of Texas, and making sure that all our constituents are represented well.”

During the forum, he decried certain conservative-led efforts within the public school system, including book banning — as Republican politicians have called for books dealing with subject matter some students may find troubling to be pulled from the shelves — and attempts to “whitewash history,” a reference to the Republican push to curb discussions around racism in the classroom. He touted his party affiliation when pointing to Texas’ lagging position in teacher salary.

“Do you want to elect someone with a party affiliation that has been there already from state leadership on down for 20 years and has put us in this position, or do you want to give the Democrat who has worked hard the opportunity to continue to go back to the legislature to work with republicans, reach across the aisle, and be a voice for all in House District 74?” he said.