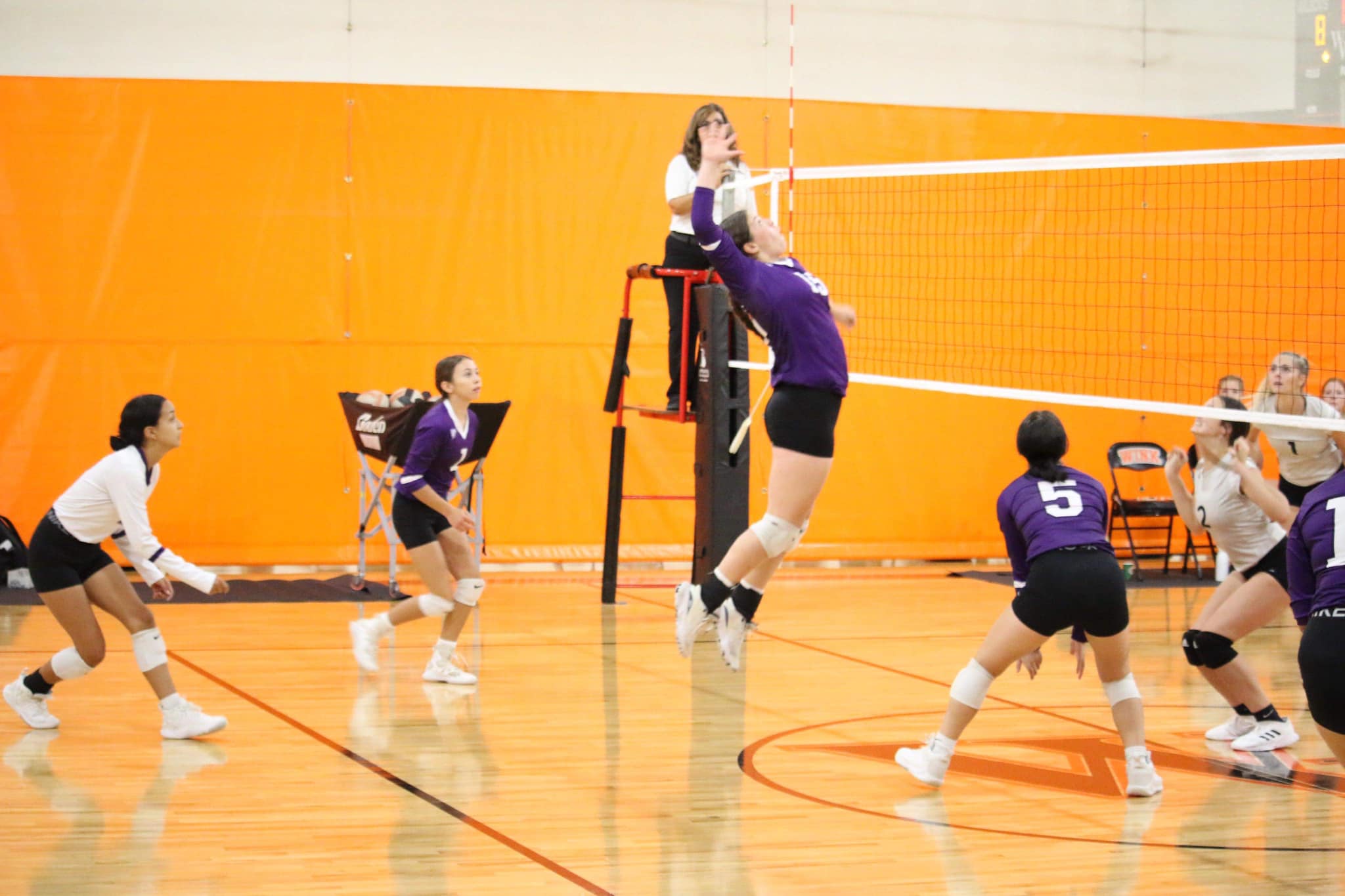 Raven Martinez goes up for a kill while teammates Emily Hernandez, Aundrea Garcia, and Ava Flores go in for coverage. Photo by Kianna Fierro.
Subscribe

The Lady Horns volleyball team finds itself in a three-way tie for first place after one round of district play under their belts. After dropping their home district opener last Tuesday to Buena Vista (0-3 sets), the team regrouped for Friday’s showdown with the Fort Davis Indians.

Off the opening serve, Marfa took control of the game with precision offensive attacks by senior leader and captain Alexis Gonzales. Gonzales, coupled with Lesly Torres, kept the Indians off balance the first two sets with attacks on the net and defensive holds with assertive blocks.  Setters Ava Flores and Emily Hernandez assisted the team in kills that benefitted Ummi Chanez and Raven Martinez. Libero Aundrea Garcia took control of the back court, along with Maryfer Martinez, to prevent Fort Davis from rallying. Although the Indians did stretch the match to four sets, Marfa finished the job three sets to one. With the Shorthorns’ wins over Grandfalls, and Fort Davis defeating Buena Vista earlier in the week, the District Championship Trophy is still up for grabs! The team now heads to Fort Davis Tuesday night for the start of round two of district play.

JH volleyball will compete in Fort Davis Saturday at the District Volleyball Tournament. The tournament bracket will be available on the Marfa ISD website and the Marfa Shorthorn social media accounts.

Varsity football action will resume next Friday on the road against Van Horn, which will mark the start of district play. The Shorthorns put forth a strong effort against the Animas Panthers in their last outing on the road with a 30-50 loss to the home team. Derrick Campos continues to lead the team in rushing yards and touchdowns with  three touchdowns scored against the Panthers, and Alejandro Rodriguez scoring one touchdown for the Shorthorn cause.

Next week’s road game to Van Horn is set for an 8 p.m. kickoff time and the Junior Horns will host the Eagles Thursday, October 20, in Marfa at 5 p.m.

The District Cross-Country meet was held on Wednesday, October 12, 2022, but no results were available before press deadline. Results will be available next week. 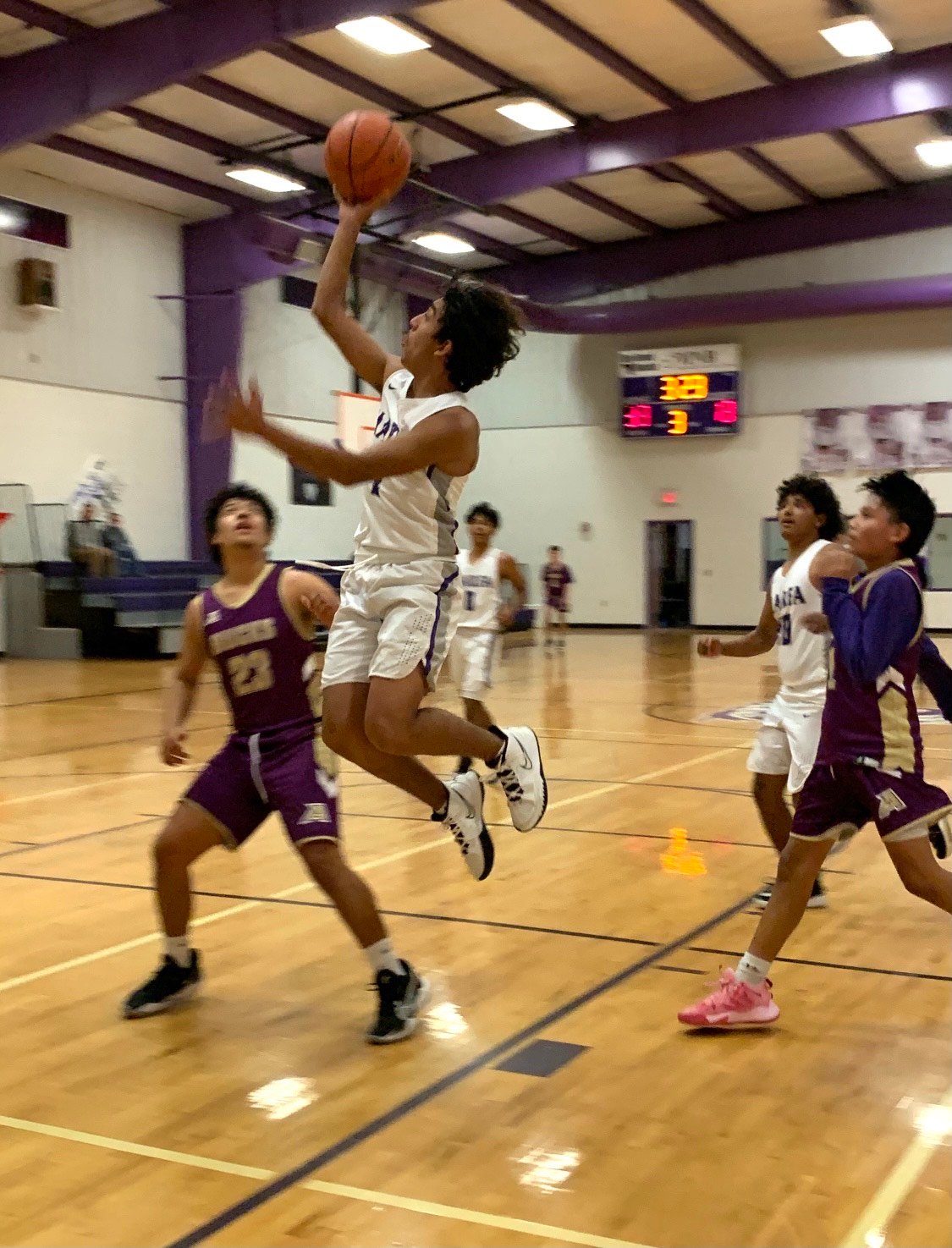