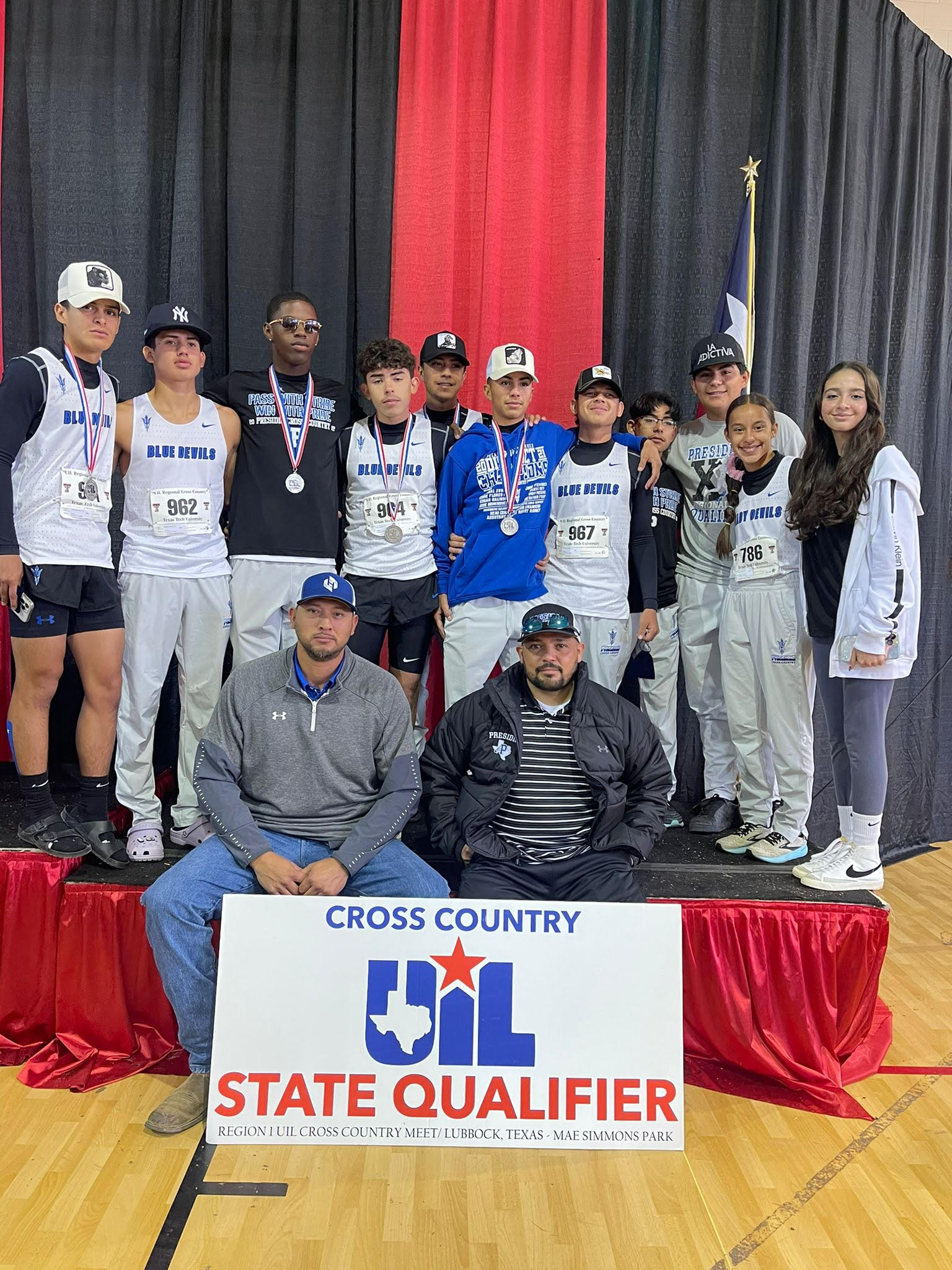 PRESIDIO — On Tuesday night, sirens rang out around town as the varsity boys cross-country team was escorted down O’Reilly Street by parents, friends and fans after taking second place at the regional meet in Lubbock. Their strong finish qualified them for the state meet, which kicks off on November 3 in Round Rock.

Coach Alonzo Samaniego has helped the team achieve consistent success over his 10-year tenure with the Blue Devils. The varsity boys have been crowned district champions three years running and have also taken a district and state championship; the girls have also earned a regional championship. The team’s long winning streak has been immortalized on a sign welcoming travelers to Presidio on the road into town.

The Blue Devils’ training comes down to basics — the team religiously follows a routine of two hard days and three rest days, with a self-guided long run on the weekends. Apps like Strava have helped the young runners track their progress on their own and share results with friends. “We’ve got a winning culture right now — winning is contagious when it comes to cross-country,” Samaniego said.

Though the boys were the only Presidians to break to state, Liyah Reyna competed solo in the varsity girls division and finished 19th place. Places at the state meet are reserved for varsity competitors, but the younger teams are showing a lot of promise as well — the JV boys team swept their division at the district meet in Crane, and the middle school boys were runner-up. “This year, we have the deepest team we’ve had in quite awhile,” Samaniego said.

This year, the students in Gabriela Flores’ digital media classes have been shooting exclusive video interviews with Presidio cross-country athletes through the newly-launched Blue Devil Nation Network. To watch these interviews, visit https://phs.presidio-isd.net/55531_1 .