PRESIDIO COUNTY — At last Thursday’s Presidio County Commissioners Court meeting, County Judge Cinderela Guevara alerted county officials that there were a handful of prisoners in the county jail who had been held beyond the legally prescribed limit for inmates who have not been indicted. Both the commissioners and County Attorney Rod Ponton were surprised by the news.

Guevara was insistent that the issue be addressed and resolved as soon as possible. “We could get sued,” she said. “We’re violating all their rights.”

At the time of Thursday morning’s meeting, the most extreme case of an inmate held beyond the legal limit was an individual charged with theft of service, a class B misdemeanor — generally prescribed a maximum of 15 days in jail before indictment — who had been behind bars for 52 days, held on a $2,000 bond. Another person, charged with a class A misdemeanor for driving with an invalid license after a DWI, had been held just over the legally prescribed limit of 30 days, on a $4,500 bond. A third person, charged with felony unauthorized use of a motor vehicle on a bond of $100,000, will reach their legally prescribed limit of 90 days if not released by the end of the week.

Somehow, county officials were left scratching their heads — neither Guevara nor both justices of the peace could say how those inmates had ended up detained illegally in the county jail.

In many cases, the hold-up is on the court’s end. In Presidio County — which has repeatedly dealt with a shortage of potential jurors — there is often a delay before the accused can be sentenced due to the county’s limited legal resources. Folks accused of crimes must be able to post bail set by their precinct’s justice of the peace, which can be a challenge in a county where around 20% of residents live below the poverty line.

In Presidio County, a person is declared “indigent” if they are unable to afford legal counsel. The most basic metric for declaring a county jail inmate indigent is their income — if they qualify for food stamps or the Temporary Assistance for Needy Families (TANF) program. Though those two metrics are the easiest way to quantify financial need, the 394th Judicial District — which covers the Big Bend region and beyond — considers anyone “unable to retain private counsel without substantial hardship” indigent.

The indigent label is important in a system that is extremely complicated, even to those on the inside. Inmates who have not yet been charged and can’t make bail can be released on a personal recognizance (PR) bond, which is a cashless bond that can be set by anyone with magistrate powers. For misdemeanor cases in the Presidio County Jail, that’s the justice of the peace who sets the bail amount as well as the county judge.

Guevara invoked that power on Thursday afternoon, bonding out the two county misdemeanors who had been sitting in jail past the legal limit, plus a third misdemeanor who had not yet reached the cutoff. “Some of them have been in jail longer than they would have been sentenced if they got the maximum,” she said.

According to a 2019 report by Texas Appleseed, an Austin-based nonprofit whose goals include bail reform and pretrial justice, holding people who have not yet been formally charged with crimes for extensive periods of time has hefty costs for both the accused and the counties who hold them. “Our overarching finding is that tens of thousands of people who are booked into Texas jails each year never need to be booked in jail at all,” the report reads.

In Presidio County — which makes a profit off of federal inmates and loses money on county detainees — the price tag is steep. Judge Guevara reported at Thursday’s meeting that the misdemeanor inmate held the longest had cost the county $3,120 — and was being held on a $2,000 bond for a crime that, if adjudicated to the fullest extent of the law, comes with a maximum of a $2,000 fine or jail time up to 180 days.

Jennifer Carreon, criminal justice director at Texas Appleseed, explained that many of these cases have cropped up in the wake of a shift toward cash bail in Texas. Cash bail was gradually introduced throughout the 20th century and codified in the federal Bail Reform Act of 1966 as a way to guarantee court appearances, with the logic that people who paid into the system would have an incentive to show up for formal charges and adjudication.

Many bail reform advocates believe the problem has sprawled far beyond the original intent of the law and unfairly penalizes people for being poor. The COVID pandemic added fuel to the fire in Texas — Governor Greg Abbott signed a disaster declaration in March 2020 at the start of the COVID-19 pandemic that severely restricted magistrates’ ability to release inmates on personal bonds. In September of 2022, Abbott renewed the declaration.

To make matters more complicated, Abbott signed Senate Bill 6 into law in September 2021, strictly prohibiting people accused of violent crimes from being released from jail unless they can post a cash bond. “Violent crimes” encompass a wide spectrum of offenses, both misdemeanors and felonies. SB6 also limits the ability of nonprofits and bail funds from posting bonds for individuals unless they are specifically vetted and approved on a county-by-county basis.

Carreon believes that the shift toward incarcerating people who have not yet been formally charged has long-reaching effects. Long stints in jail can prevent people from keeping their jobs or making rent or meeting custody agreements, all of which have irrevocable effects on peoples’ lives. “We’re not addressing the underlying problems,” she said. “We’ve found ourselves in a catch-22 where we fail to recognize crime as a symptom of societal failure. The institutions in place to serve people — including the justice system — are also failing.”

At Thursday’s meeting, Guevara said that all of the inmates detained on behalf of the county had been arrested within Precinct 1, the jurisdiction of Justice of the Peace Dina Jo Marquez, except for one. The remaining inmate had been arrested within the jurisdiction of Justice of the Peace for Precinct 2 Juanita Bishop. Bishop, when reached for comment, said she was unaware of the illegal detainment and could not say how it had gone unnoticed — it had not been a problem in the past, she said.

But Bishop did say that SB-6 made the process more complicated by requiring the magistrates, at the initial hearing, to record and consider a broad data set about the defendant’s criminal history and biographical information into a special database before setting bail. “Now we have to report if they have prior [charges and arrests],” explained Bishop.

For low level offenses, especially Class C misdemeanors that are typically punished with a citation and a small fine, Bishop prefers assigning community service or other methods that circumvent the bail process altogether. If the accused don’t show up for their volunteer hours or pay their fines, Bishop sends them to collections — but that’s the extent of their punishment.

Marquez — who was handling the county’s higher-level offenders and those on warrants from other counties — said that she uses the Damon Allen Act to set her bond amounts. The law predates both the COVID pandemic and the most recent round of bail restrictions, but provides strict guidelines for how magistrates set bail that are intended to “keep violent criminals off the streets,” per a release from the governor’s office

She said that she advises the folks she magistrates of their right to an attorney and that many of those cases end up becoming public defender clients.“The way I’m doing it is the way I got trained with the Texas Justice Court Training Center,” she explained.

For higher-level offenses that require jail time, an attorney is needed to file a writ of habeas corpus — a motion that can be filed at any time alleging unlawful detention or raising the alarm that an inmate has been held for an unlawful amount of time. Folks who represent themselves are unlikely to be able to navigate the specialized and complicated process needed for release.

If Presidio County inmates are required by procedure to be informed of their rights and offered representation, why are there still a handful of inmates who have fallen through the cracks? “We’ve never had this problem before,” Judge Guevara said at last Thursday’s meeting.

It was not immediately clear whether the inmates in question had legal counsel and, if so, who was representing them. James McDermott, attorney at the Far West Texas Regional Defender’s office, could not confirm whether that was the case by press time. Speaking generally, McDermott explained that there’s a lot to consider and keep track of on the attorney’s end, but there’s a system in place — his office keeps a master spreadsheet to keep track of clients. “We don’t let people go past their statutory requirements without getting bond reduction filed,” he explained.

Going forward, county officials resolved to keep a closer eye on who’s behind bars. County Attorney Rod Ponton explained that his office doesn’t legally have power over bond setting, but would have to deal with the consequences should the county be sued for constitutional rights violations. “We’re going to get to the bottom of it and set up a protocol,” he said. “We need to be reviewing jail intake data weekly.”

At last Thursday’s meeting, Precinct 4 Commissioner Buddy Knight weighed the pros and cons of Judge Guevara’s decision to release all the county’s misdemeanor-level pretrial inmates on personal bonds. “I’m not big on letting people out for free, but at this point it’s costing us more money to keep them,” he said.

Precinct 1 Commissioner Brenda Silva Bentley agreed. “If somebody’s dropping the ball, let’s figure out where to pick it back up.” 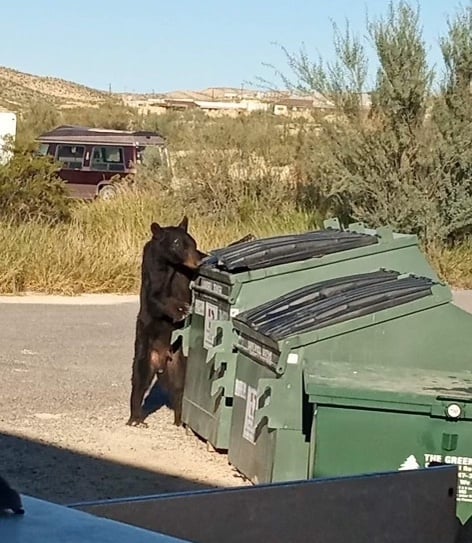