City of Presidio Christmas celebration lights up the night 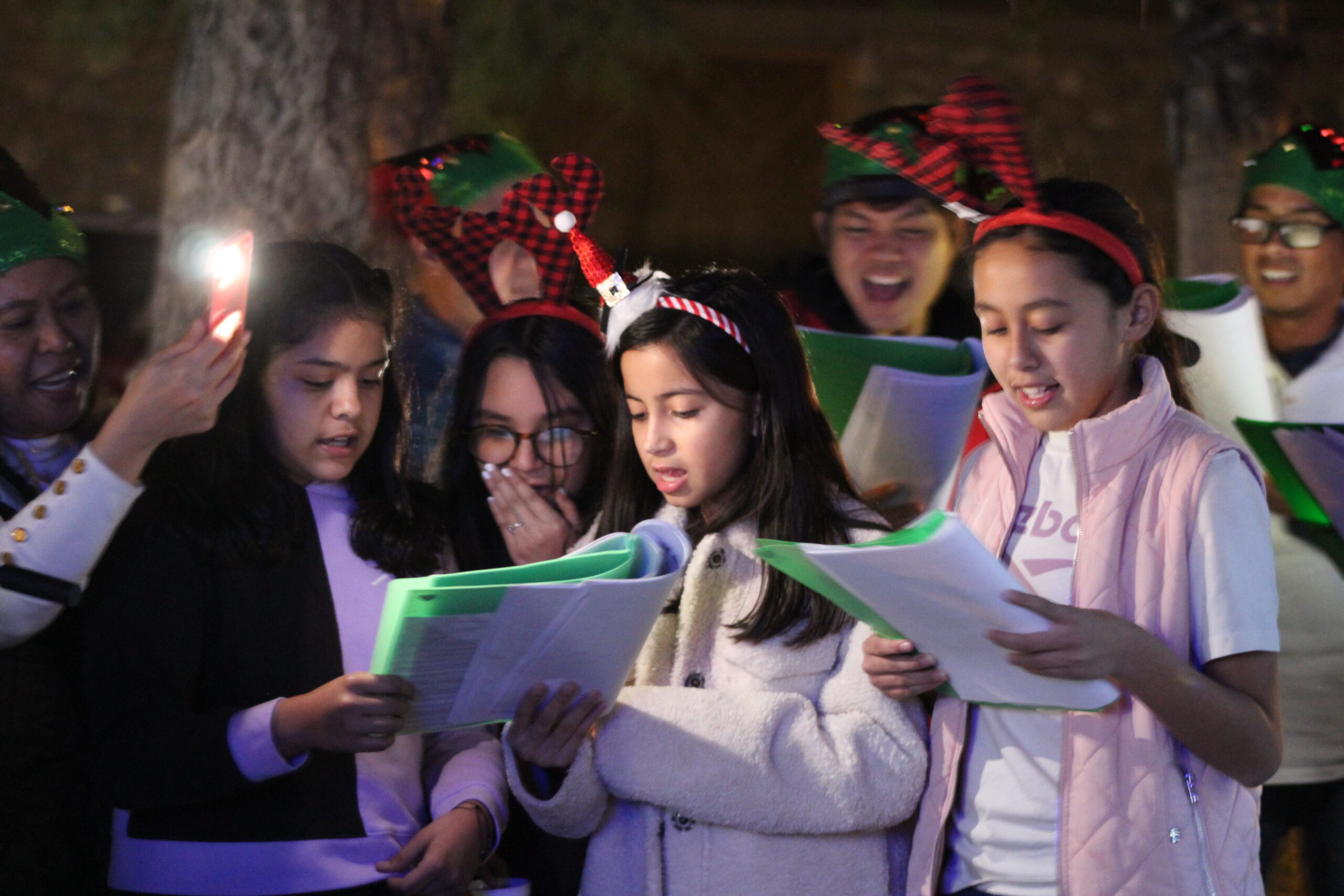 PRESIDIO — Last Friday night, hundreds of Presidians turned out for the city’s annual holiday parade and tree-lighting ceremony at Saint Francis Plaza. The colorful sunset and warm temperatures made for an extra cozy event, and vendors offering free samples of everything from tamales to buñuelos kept the crowd sustained as they mingled with friends and family.

Folks started lining up along O’Reilly Street around sunset to watch the parade, which featured a big presence from the Presidio Police and Fire Departments as well as smaller homespun floats from the Presidio High School senior class and businesses like EditBody Fitness. Everyone outfitted their rigs in dramatic holiday lights that lit up the night.

The Presidio Port of Entry had its own float featuring a giant inflatable Customs agent — officially known by the agency as Agent Patty from El Paso. Agent Patty joined the festivities at Saint Francis Plaza to help educate families about a relevant holiday topic: knowing which food and gift items are OK to bring back into the US from Mexico, in hopes of curtailing the spread of agricultural pests.

Agent Patty and her friends handed out coloring books, temporary tattoos and water bottles to Presidio youth to help put a more friendly, personal face to the law enforcement officers Presidio kids often see on the bridge. “We do a lot of events like Red Ribbon Week and career days in the schools, anything that has to do with volunteering,” explained Agent Christina Ramos. “We want the kids to know that we’re here for them.”

Officer Rodrigo Lara of the Presidio Police Department said that it was great to have a big law enforcement presence at the event — Friday’s celebration was an unusually large public gathering for small town Presidio. “All the agencies get along great — we help each other out,” he said.

Lara was officially on duty as security, but he got a short break to visit Santa with his wife, Ruby, and his baby daughter Naela. It was Naela’s first Christmas, so she was a bit starstruck by all the lights and attention, but it was a special moment for the young family — a moment they were happy to share with friends and neighbors. “It’s a great community, it’s very safe,” he said. “We’re very united.”

Santa estimated that he visited with a few hundred kids on Friday evening — his helpers distributed toys and treat bags as he posed for pictures and heard Christmas wishes. “They all seem to want something high-tech,” he reported at the end of the night.

He’s a fairly recent transplant to Presidio — he and Mrs. Claus moved to town in 2020. So far, they’ve really enjoyed the change of pace. “It’s warm and dry, it’s much different from the North Pole,” he said. “The reindeer like it because they have so much space to roam around.”