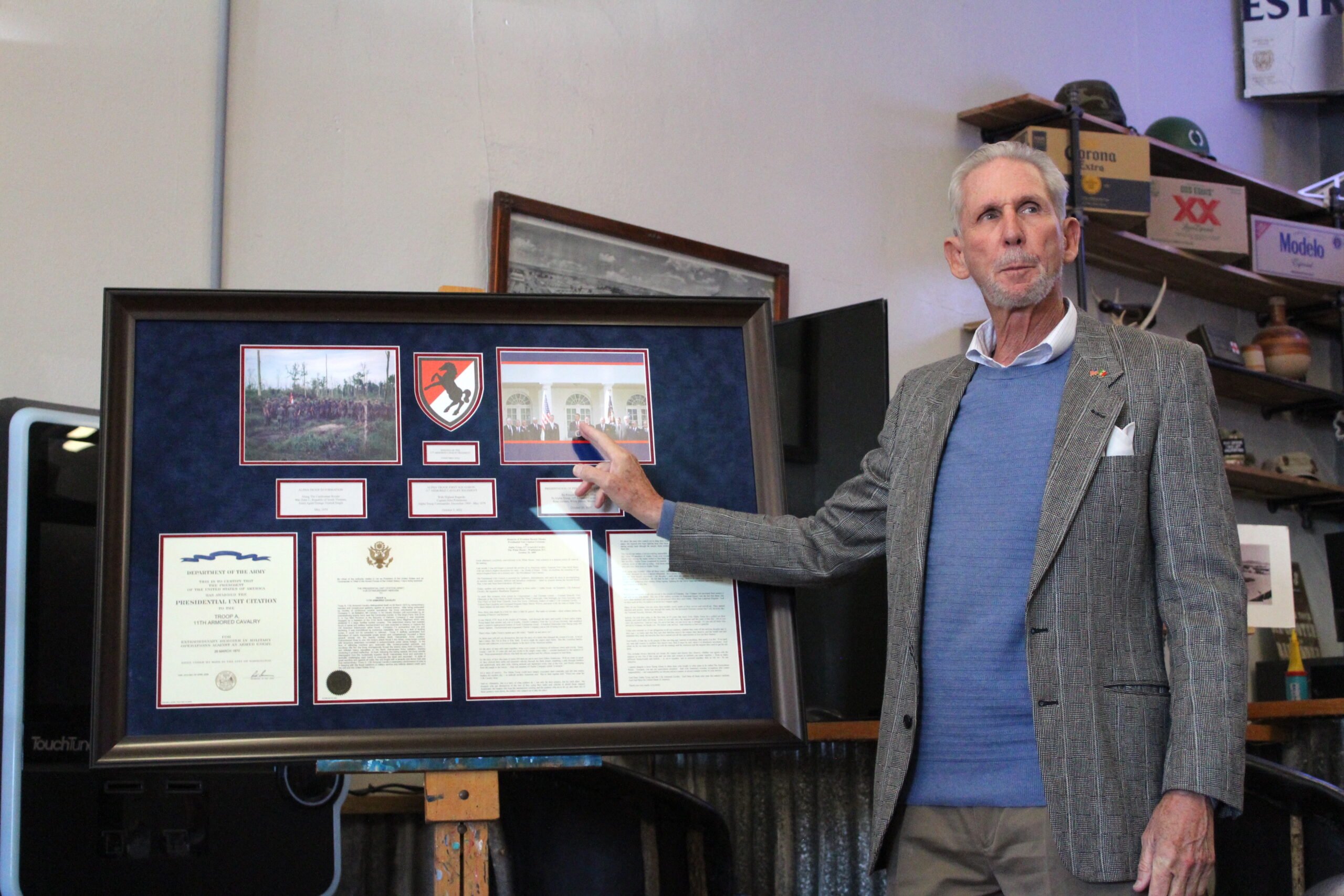 PRESIDIO –– In December, the Presidio American Legion hosted a reception for Cibolo Creek Ranch’s John Poindexter, who donated a panel commemorating his troop’s service in the Vietnam War. To honor the community’s veterans, Legion members have been looking to decorate the space with uniforms, photographs and other memorabilia from locals who have served in the armed forces — Poindexter’s gift was well-suited to the cause.

The American Legion is intended as a gathering place to honor veterans, but Presidio’s post is open to all — in the past few years, a dedicated band of friends and volunteers have worked to make the building a welcoming space equipped with a bar, a commercial kitchen and plenty of tables for the Legion’s popular bingo games.

The Legion’s newest decoration is loaded with history. Poindexter and his fellow servicemembers in Troop A of the 11th Armored Cavalry were awarded a Presidential Unit Citation in 2009 — the highest combat honor that can be given to a military company.

The panel contains the original document signed by President Obama as well as photographs and other memorabilia. The president’s citation commemorates Troop A’s decision to “jungle bust” four miles through Agent Orange-treated terrain to help fortify and evacuate a company surrounded by a North Vietnamese Army Regiment. “Like many exploits in Vietnam, it was simply forgotten, or in fact repressed,” Poindexter said.

Decades after the fact, Poindexter — who served as captain for Troop A — and a few of his fellow troop members decided to try to track down surviving veterans, document their stories, and petition the Pentagon for war decorations that had been earned but never formally rewarded.

The men documented their stories in a series of books called The Anonymous Battle, published in 2004.

President Obama agreed with Poindexter’s sentiment in his remarks delivered at the White House on October 20, 2009 — nearly 40 years after the fateful events. “It never made the papers back home,” he said. “But like countless battles, known and unknown, it is a proud chapter in the story of the American soldier.”