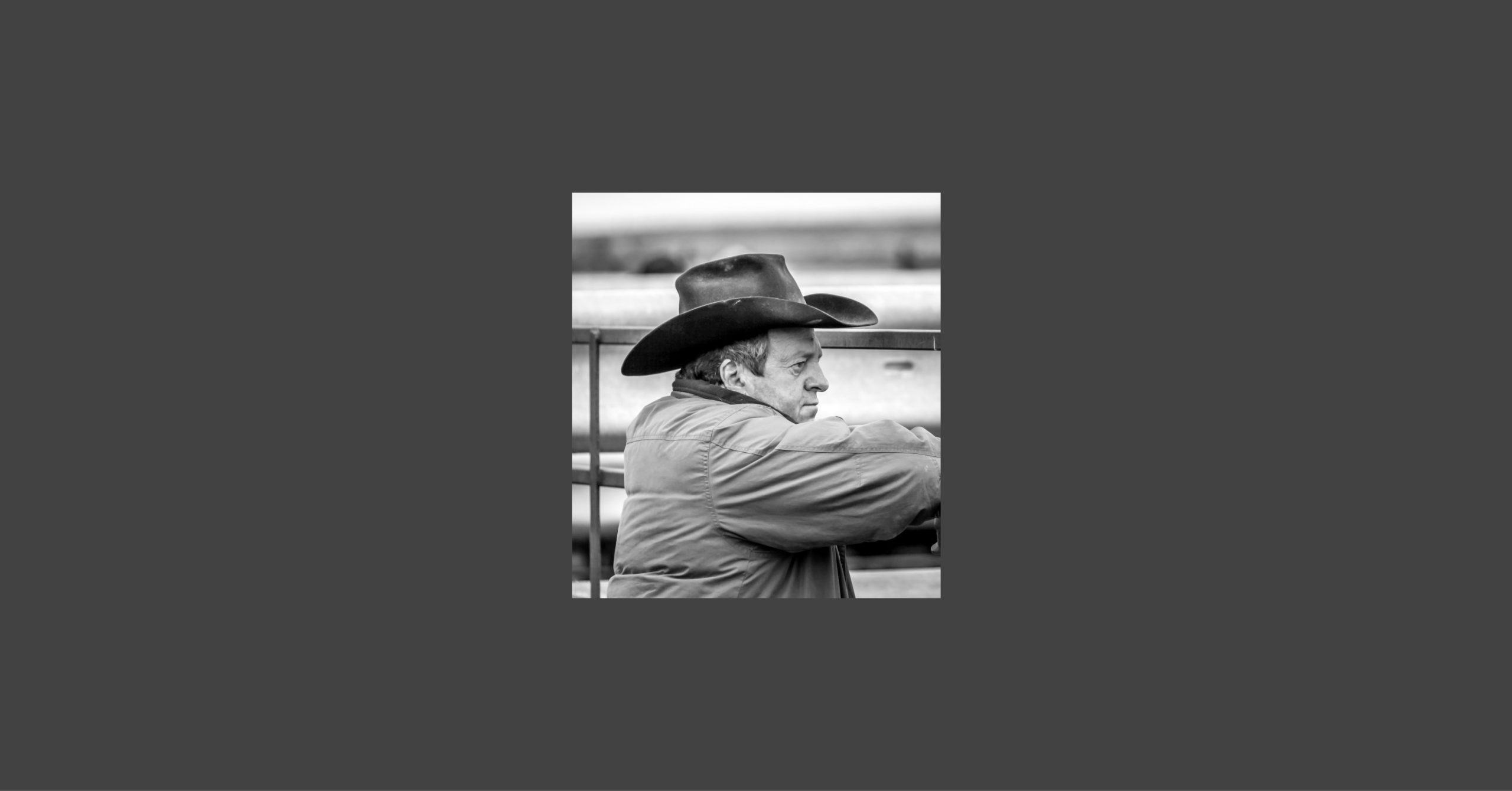 Ellery Pat Aufdengarten, “Elrod”, 62, died at the ranch south of Marfa in the saddle on July 17, 2020. It was his dream to be a rancher. He lived and died that dream. It rained that afternoon, a good day.

A graveside service was held at 10 a.m. on Wednesday, July 22, 2020 at the Marfa Cemetery under the direction of family friend Joni Powers and the Alpine Memorial Funeral Home. He would need a much bigger casket to make room for all the pallbearers: Lee Whitlock, Randy O’Mara, Mac White, Gary Lewis, Alan Thompson, Harvey Marrow, Dennis Rose, Ryan Wash, Steve Boziden, Tim Leary, Randy Glover, Chris Foote, Bob Anderson, and Kirk and Allen Swanson. Ellery loved and was beloved by so many people.

Ellery Pat Aufdengarten was born March 17, 1958 to Gerald “Spec” Aufdengarten and Lola Swanson Aufdengarten in Ogallala, Nebraska. He grew up in the village of Arthur, rodeoing and raising Cain. He got to Texas as quick as he could. When Lee Whitlock invited Ellery to come down and cowboy, he and a handful of buddies hit the road. A rodeo scholarship to Sul Ross kept Ellery in Alpine, then, having fallen in love with a local girl, he made Marfa his home.

Ellery and Debbie Mitchell were married December 5, 1980. Soon after, he went to work for his father-in-law, William Hayes Mitchell Jr. Ellery and Hayes were just what the other needed, and they worked cattle together until Hayes’s retirement.

Together, Ellery and Debbie had three children: Kaki, Mitch and Gerry. He was an endlessly devoted husband, son, uncle, father, grandfather and friend. He never met a stranger and was always quick to laugh. He loved playing cards, riding horses, and what he called bird watching. He was always on the phone, calling cousins in Arthur, visiting with his sister Peg – always checking in on family. He adored and kept close all of his nieces and nephews.

He is survived by his bride, Debbie; father-in-law, William Hayes Mitchell Jr. and his partner, Marie Claire Kyle; his daughter, Kaki Aufdengarten-Scott and husband Mark; his sons, Mitchell Ellery Aufdengarten and his wife Austin, and Gerald Hayes Aufdengarten and his wife Jordan; and his grandchildren, Kaelyn Rayne Cash, Mitchell Asa Aufdengarten, and soon little Hayes William Aufdengarten. Missing him in Nebraska is his sister, Peggy Aufdengarten Simpson; her children, Wade Simpson, Shannon Allard, Wyatt Simpson and Mathew Simpson; and in Colorado, his nephews Shane and Stu Nielson and niece Stacy Nielson; and in Arthur, his cousins, Kirk Swanson and wife Becky, and Allen Swanson and wife Joy, and all of their children.

In lieu of flowers, donations may be made to SamaritansPurse.org, one of Ellery’s favorite charities.

Alpine Memorial Funeral Home has been entrusted with his services. Online condolences may be left at www.alpinememorialfuneralhome.com.