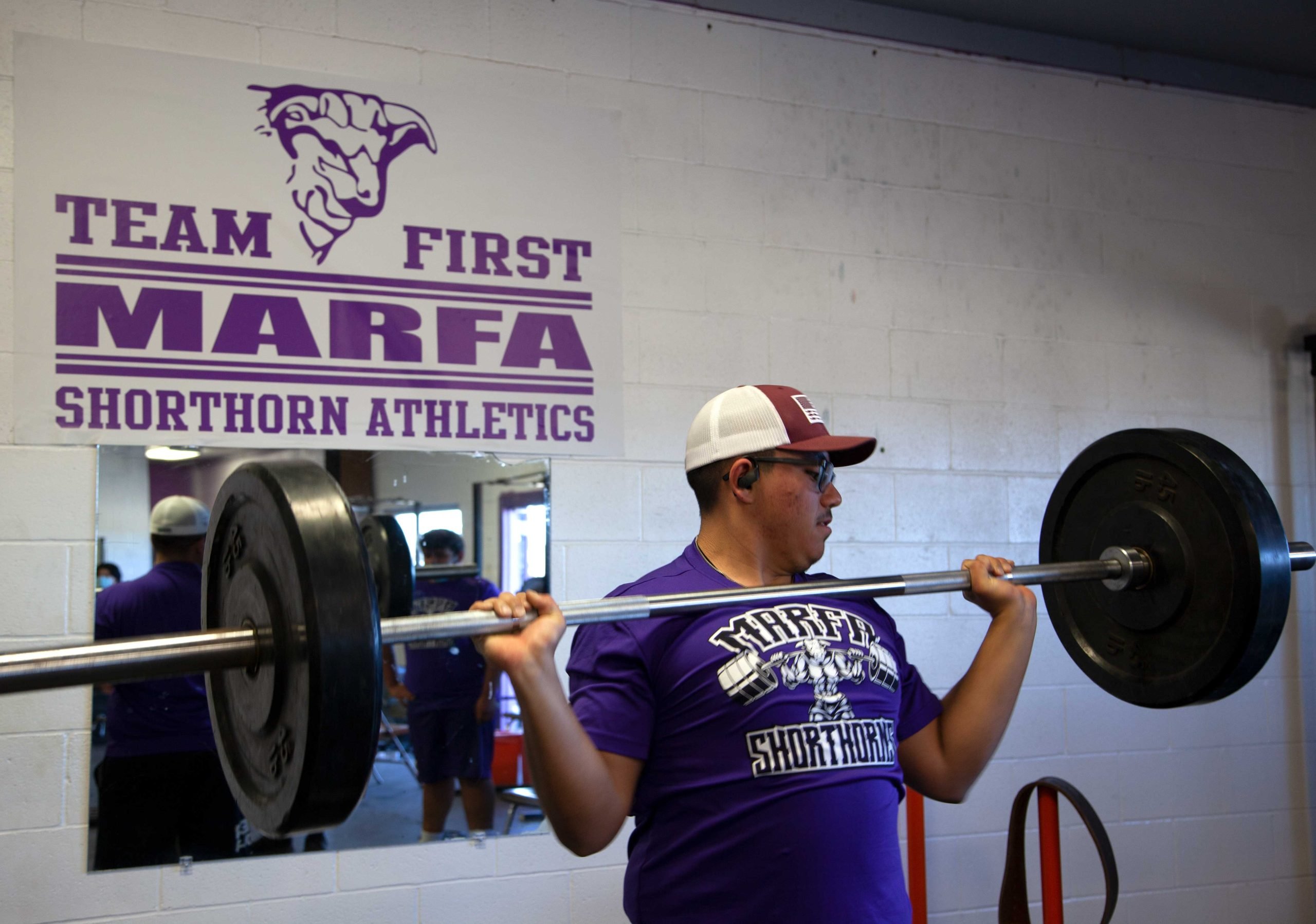 The powerlifting program was reintroduced this December and is gaining momentum among the school’s young athletes.

“I think it being the first year taking three kids to regionals is very exceptional,” said Coach Josh Kelly.

“Of course, it being new and the kids not being in the weightroom a lot, I can’t expect to see huge things happen yet, but hopefully over a span of years we’ll be taking a lot more kids to regionals and to state,” said Kelly.

Peña, whose dedication to weightlifting partly inspired Kelly to reintroduce the powerlifting program, did not qualify for state but managed to break three personal records at the boys regionals competition. Peña performed a 440 pound deadlift, 320 pound bench press, and 390 pound back squat. Overall, he placed 8th in the region.

“Seeing him advance to regionals is great, and same with the girls. It’s a good experience for those kids and hopefully we get the program to thrive and get more kids involved in the future,” said Kelly.

Marfa ISD powerlifting
Stay in touch with The Sentinel
Related