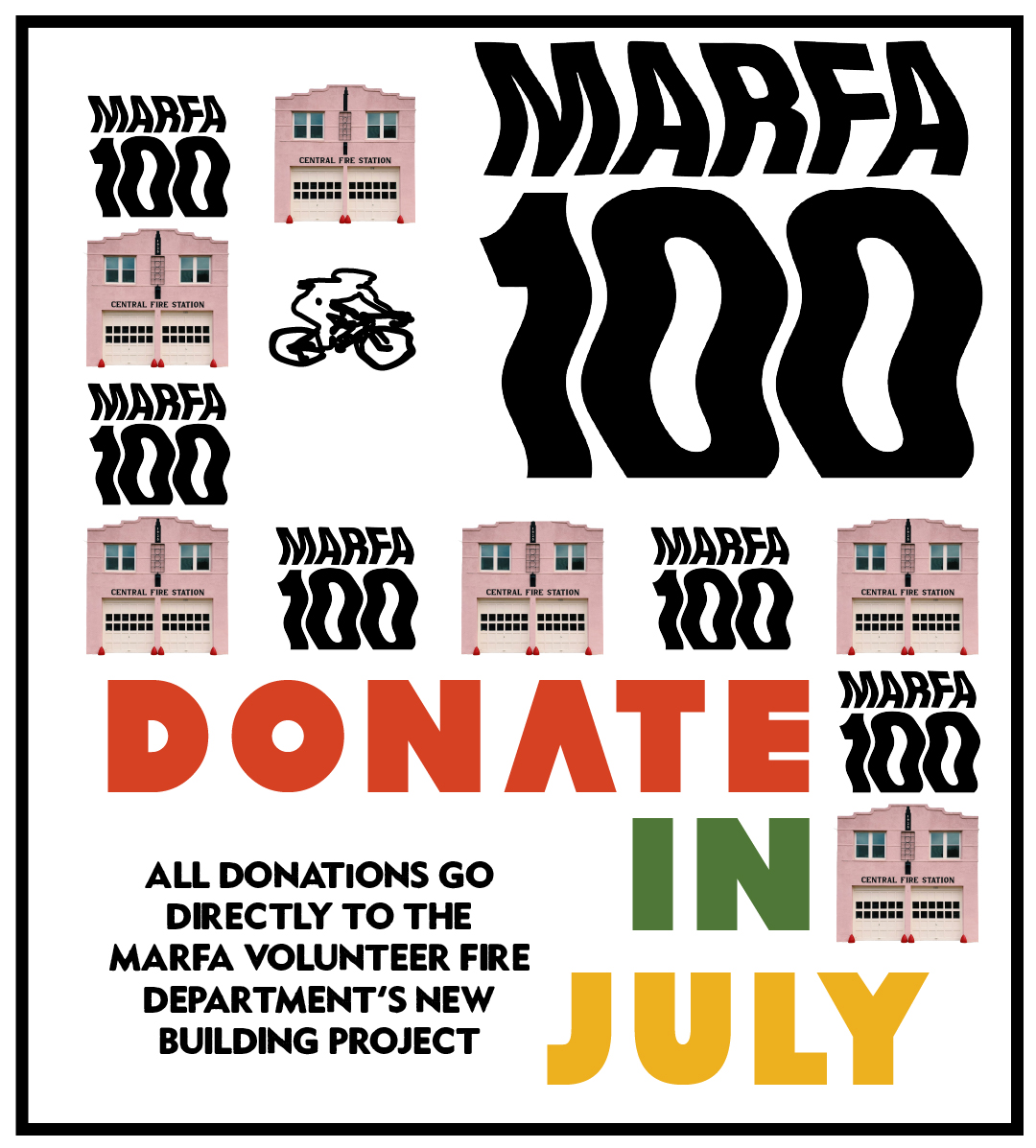 With 100% of the proceeds going directly to the fire station expansion project, Marfa100 is aiming to raise a total of $5,500 in the month of July.

The long-awaited fire station upgrades include the construction of a 2,800 square foot addition to the fire station’s existing bays which would expand weatherized storage to include three to five more trucks, an ADA-accessible bathroom and shower, plus more. The city, who owns the facility, recently put out a request for bids for the project, but progress was ultimately thwarted due to insufficient funds.

The current set up has operations cramped, say volunteers, with fire engines and hoses deteriorating outdoors as a result of sun exposure. The new addition incorporates a dedicated pull-through lane that will allow for a quicker response time and a safer work environment, said members of the department. The fire station doubles as the county’s Emergency Operations Center and could be offered up as a shelter in the event of a disaster.

“The fire department building expansion makes the town safer and we need everyone’s help to make it happen,” said Zeke Raney, member of the volunteer fire department since 2015 who puts on the Marfa100 race with his partner Elizabeth Farrell. Raney and Farrell also operate architecture firm MUDLAB, which drew up the plans for the expansion project pro bono.

Marfa100 also selected the fire department as their charity of choice for the 2022 race. Each year they donate a portion of their proceeds to a local charity. Past grantees include the Marfa Food Pantry and the Dixon Water Foundation.

The Marfa Volunteer Fire Department consists of around 25 individuals that service around 2,000 square miles and 2,000 residents.

To donate, visit marfa100.com and click the ‘donate’ button or visit  https://runsignup.com/Race/Donate/TX/Marfa/Marfa100?remMeAttempt=

Checks can also be made out to the Marfa Volunteer Fire Department and mailed to the station at P.O. Box 846, Marfa, Texas 79843.