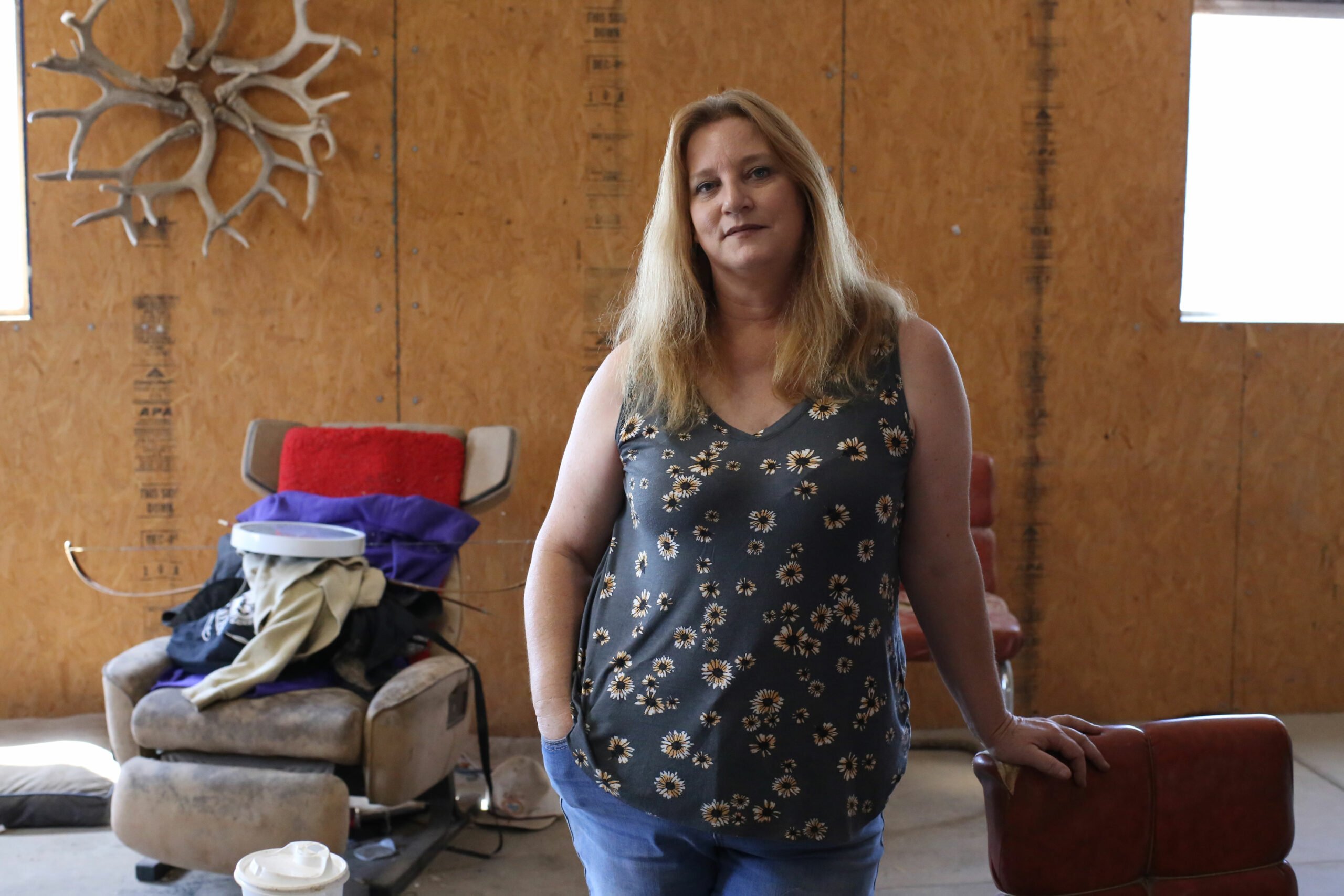 Robbin Surber Myers stands in what remains of the Surber Ade feed store office, a business that was owned and operated by her father, Herb Surber, for nearly four decades before his passing on July 30 at age 84. The store held a final close out sale last week in which Herb’s customers stopped by to give condolences. Photo by Cody Bjornson.
Subscribe

“I was his secretary, his loader, his unloader, his mixer. I mean he was the owner, I was every title below that,” she said.

Her father, Herb Surber, passed away at age 84 on July 30 in his Marfa home. He was in the process of closing Surber Ade, an 8,000 square-foot feed store he operated on San Antonio Street since the 1980s. His customers consisted primarily of local cattle ranchers and, more recently, birders and other wildlife buffs. Robbin said her father struggled with his mobility in the end, but said he didn’t want to retire and that working kept him going.

“He lived a simple life. He bought what he needed. He didn’t buy what he wanted. He was a very simple man. He didn’t splurge,” said Robbin. “He worked up to nine days before he died.”

Robbin closed the doors to her father’s business for the final time this past weekend after running a sale on remaining feed. Routine customers streamed in for their discounts but also to give their condolences and visit one last time. All that remained in the shop were small stacks of feed along the periphery, a hammermill, mixer and auger — equipment Herb used to make his specially formulated feed — and a couple of forklifts.

“We’d bag it, weigh it, sew it and stack it,” said Robbin. “I enjoyed working in here. It was a lot of fun. Even though it was dusty and dirty and you left here filthy. There were a lot of good people that would come in and talk.”

Just off the main warehouse space was Herb’s office, which was mostly cleared out with the exception of a desk with piles of paper, a couple of chairs, and a deer antler chandelier he made but never got around to hanging. The space itself is colored by local lore — it was built on concrete forms that remained from the 1940s, when German prisoner of war camps were stationed at the site, said Robbin.

Robbin recalled her and her father’s visits with customers, where they’d sit around and “hold court” in Herb’s office on the couch, swapping old ranching stories. He’d give advice and relive the glory days of growing up in the Texas Hill Country choppin’ cedar and breakin’ horses.

“I heard those stories over and over and over. They liked telling them and then embellishing on them a little bit more each time. It was great,” said Robbin. 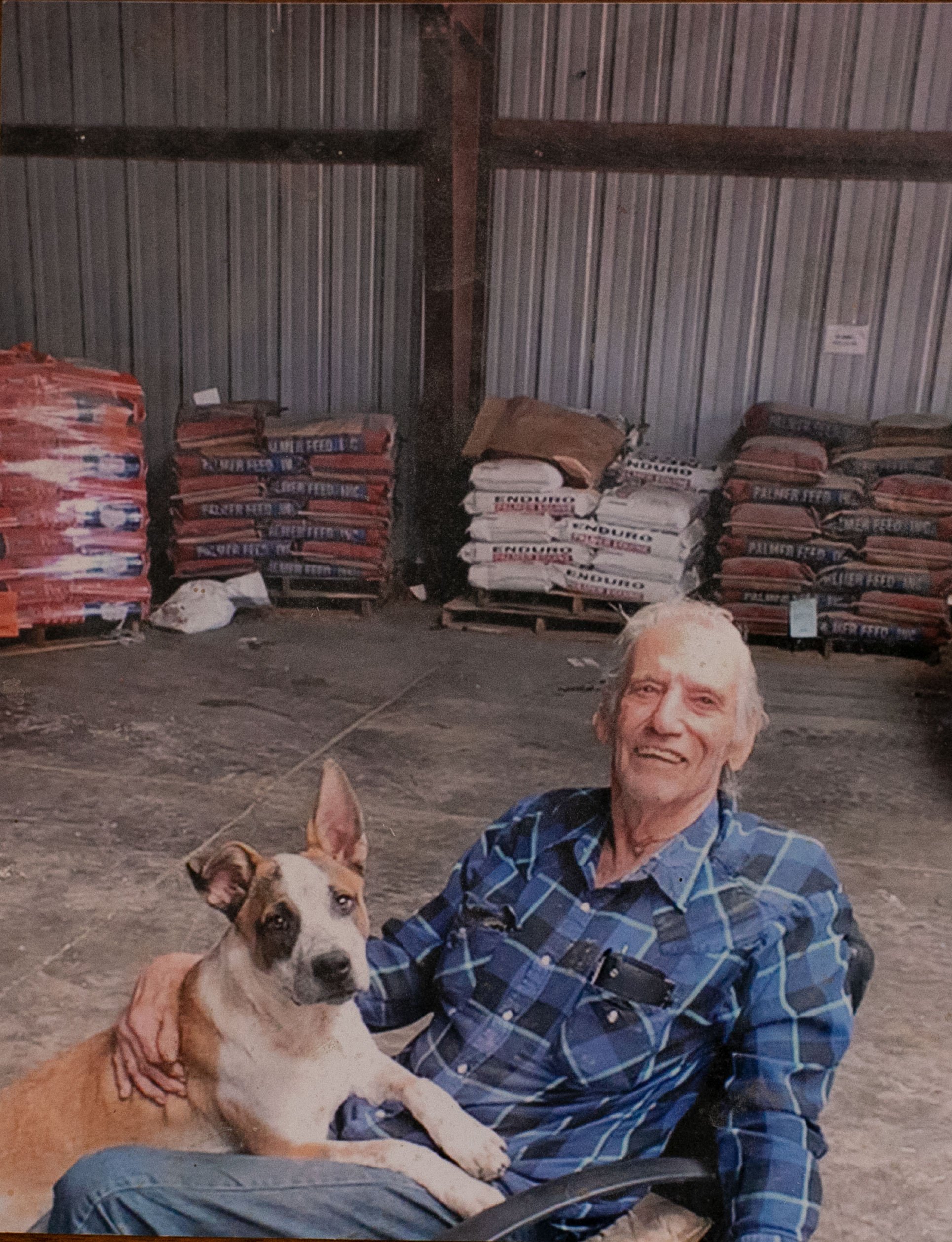 Surber Ade and the accompanying lots are now for sale. Robbin said her father was looking for a buyer but didn’t mind if the property lingered on the market — he liked an excuse to get out and visit with folks at the store. Looking around in the space, Robbin reflected on the time spent running the feed store with her dad.

The Surber family moved to Far West Texas from Blanco in 1974 when Robbin was 2 years old. Herb is survived by Robbin and his other daughter, Lauren, and preceded in death by his wife, Dorothy May. Herb worked for local ranches, including Ryan Ranch west of town, and gained experience developing feed that worked for the area’s cattle. He learned to speak Spanish from two young boys who came across the border from Mexico to work and send money home to their families. He taught them English in return, said Robbin. Given his rich ranching background, when looking for his next move in life he decided to open up a local feed store.

“‘I know what cattle need. I know how to make it,’” Robbin recalled her father saying. “So that’s what he did.”

Herb made and sold mineral for cattle and was well known for his recipes and formulas, crafting tailor-made mineral and feed and selling to people all over, from Canada to New Mexico to East Texas. He also worked to share his knowledge with doctors, universities and associations.

He was born in 1938 on the heels of the Great Depression, an experience which helped shape him, said Robbin. Herb was good at fixing and making things and diversified his business throughout the years, fabricating gates and feed troughs and offering a wall full of tack, or supplies. He was well known for his reasonable prices.

“He did not believe in marking anything up any higher than what it needed to be,” said Robbin.

“He [was] in the business to make money, but also understood that a lot of these ranchers, they didn’t make a lot of money, and he wanted to keep them in business.”

Marfa, which was once home to a number of animal feed stores, now has just one: Livingston’s. Robbin, who lives in Missouri, said she would have kept Surber Ade open if the business hadn’t dwindled so much due to fewer cattle ranches operating in the area. The coronavirus pandemic also further complicated the business with supply chain delays, she said.

“Back in the day, there were so many ranches, every piece of ground in town was a ranch. He did really good for a really long time and then as one generation of rancher passed down to his son, that one was like, ‘I don’t want to do this, it’s too hard.’ So then they’d sell that ranch to some rich person from California or San Antonio or wherever,” said Robbin.

Herb was eager to lend a hand to anyone in the local community who needed to borrow a trailer, truck, forklift or any other equipment from him, and even gave out loans and free feed, saying, “Merry Christmas,” no matter the time of year. He’d accept deliveries at Surber Ade for people because he had a dock. In return, he’d be gifted a pie or loaf of banana bread, being known for his sweet tooth.

When a bad drought caused a lot of ranchers to sell their land and move on from the area, her father encouraged one man to stick with it and supplied him with free feed for three years.

“He kept that man in business. And he still has cattle,” said Robbin. “That’s how he was”

James Spriggs, 76, was more than just a customer of Herb’s for 30 years — he was also a close friend. He spent holidays like Thanksgiving with the Surber family, and Herb would come help his wife during calf birthing season if he was out of town. He and Herb lost their wives within a year of each other.

Spriggs said operations like Surber Ade — where the owner would offer special deals for his customers — are now few and far between. Herb will be sorely missed, he said, and there is no one to take his place.

“He was just one of those [people] that was concerned about the community and took care of his customers,” said Spriggs. “The mom and pop operations have gone by the wayside over the years, there’s hardly any of us that have been able to survive. Kind of like ranches in general.”

Spriggs said unlike the big box stores like Tractor Supply and Walmart, Surber Ade was more affordable and friendly and collaborative, with people dropping in to talk, ask questions and compare notes on things.

“A lot of us that are smaller operations could stay in business with people like Herb because he always treated you a little more fairly and didn’t have any stockholders to pay off or anything like that,” said Spriggs.

Robbin said Herb’s goal after selling Surber Ade was to purchase some land off of Casa Piedra Road and make a birder’s haven, planting milo and building a couple of tiny homes for people to come stay and appreciate the wildlife of the Big Bend.

“That was going to be his next big adventure, to sell this place and open up where people could go walk and walk through nature and see birds,” said Robbin.

For Spriggs, his dear friend’s passing represents the sunsetting of a certain breed of Big Bend character — cowboys with grit and honesty, as many of their kind have left the cattle ranching industry for greener pastures.

“There just aren’t any cowboys left out here,” said Spriggs. “The droughts have run them all off. They’ve had to go to driving trucks and working in the oil patch, and it’s just a dying breed and Herb was one of the real stars.” 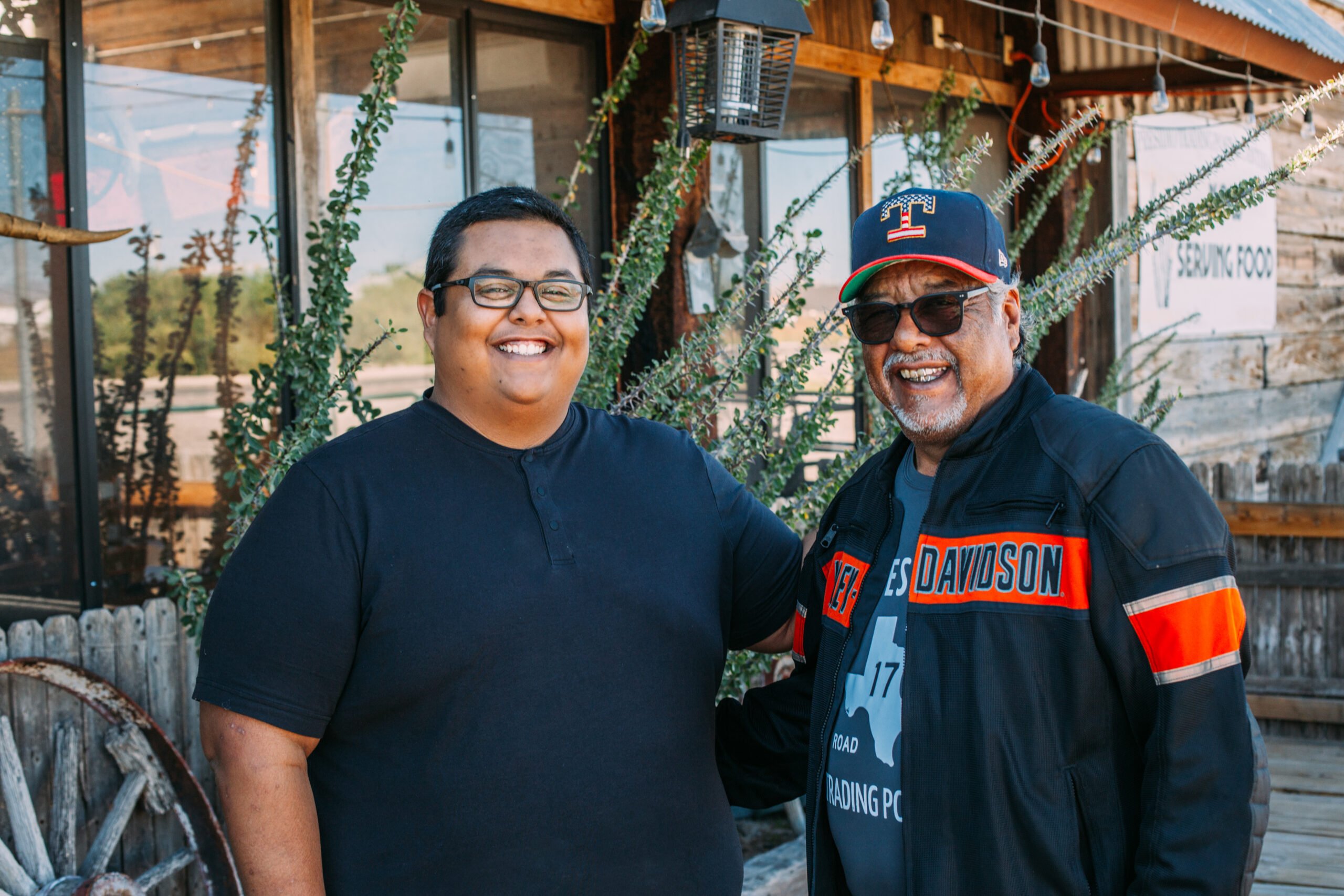 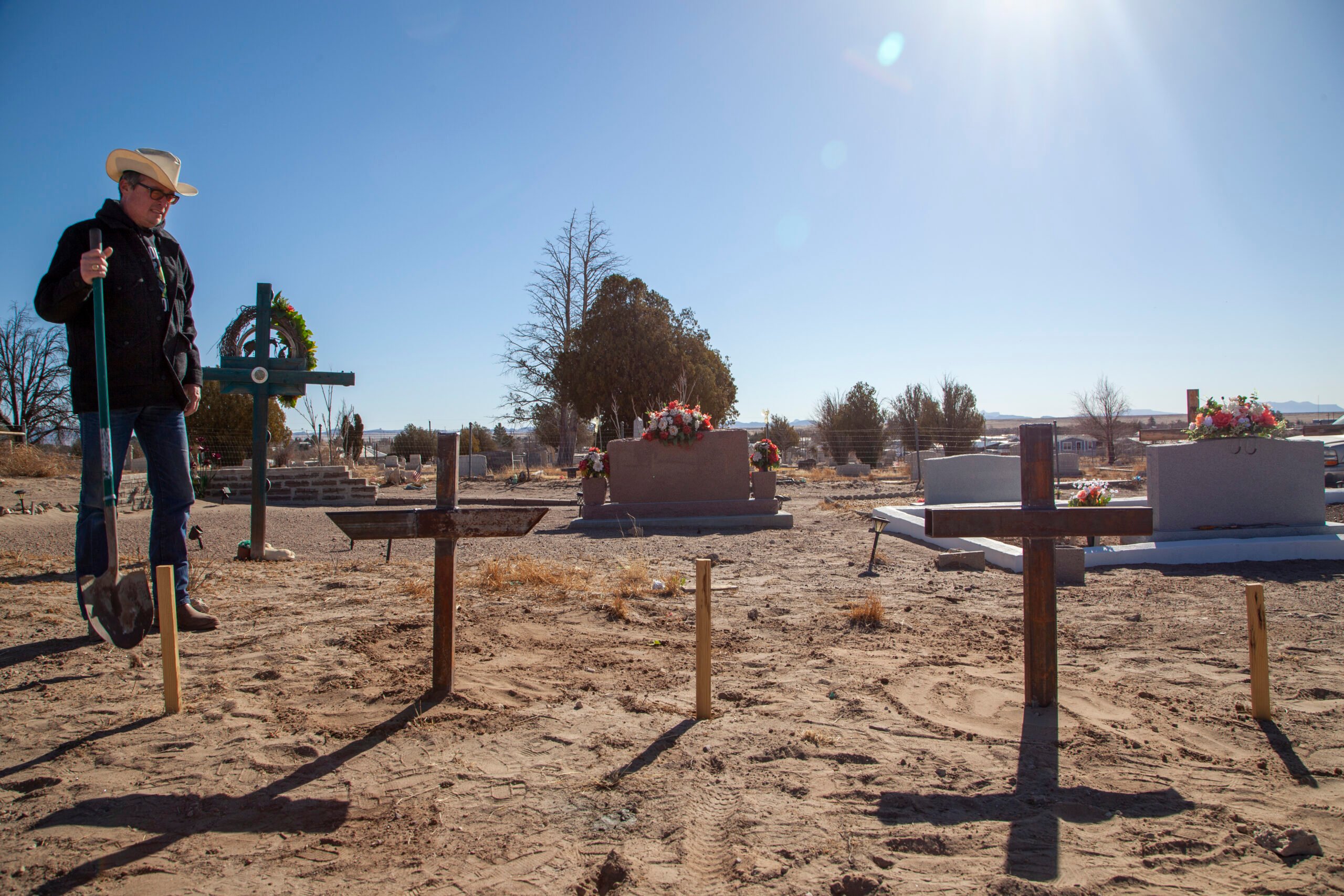 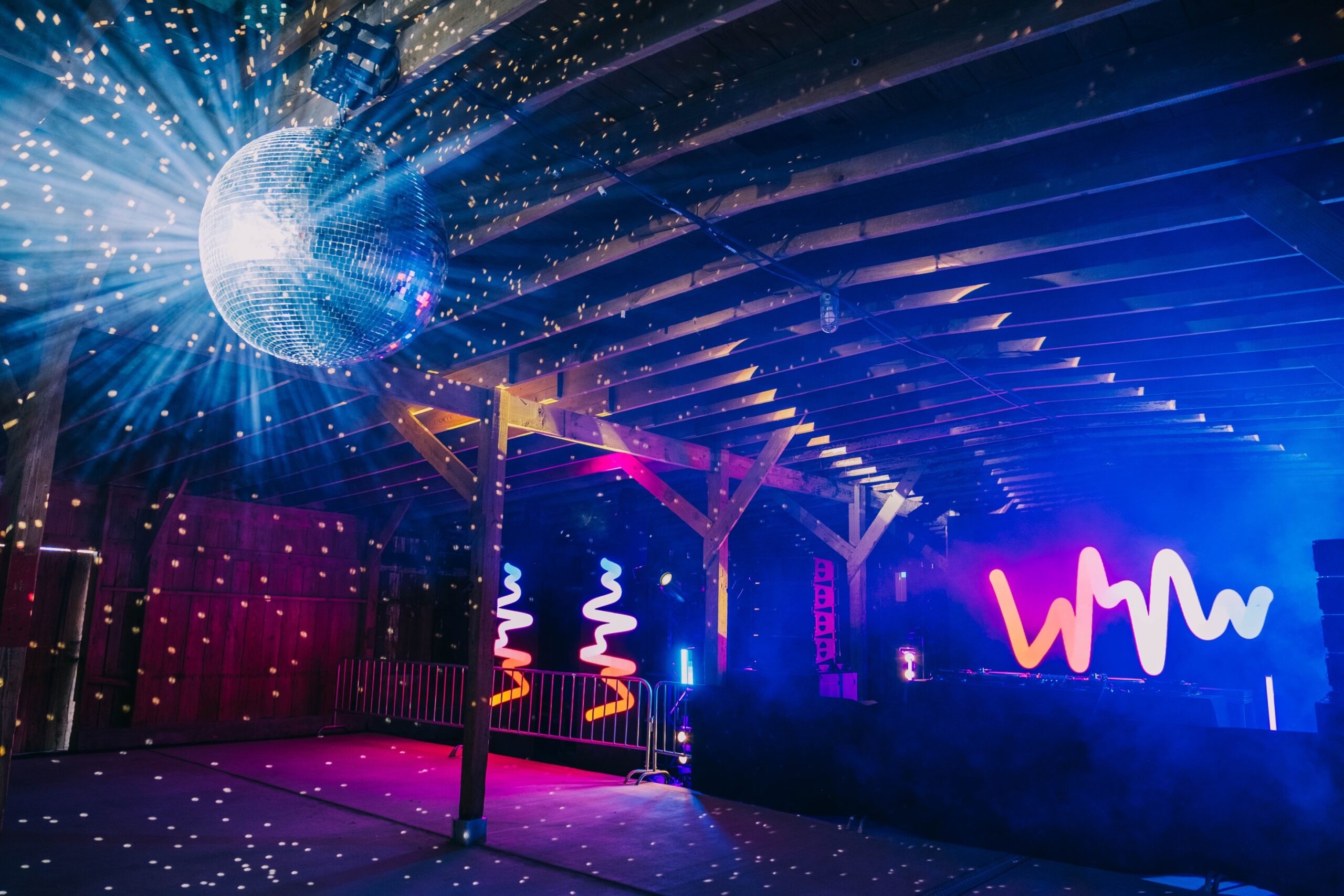