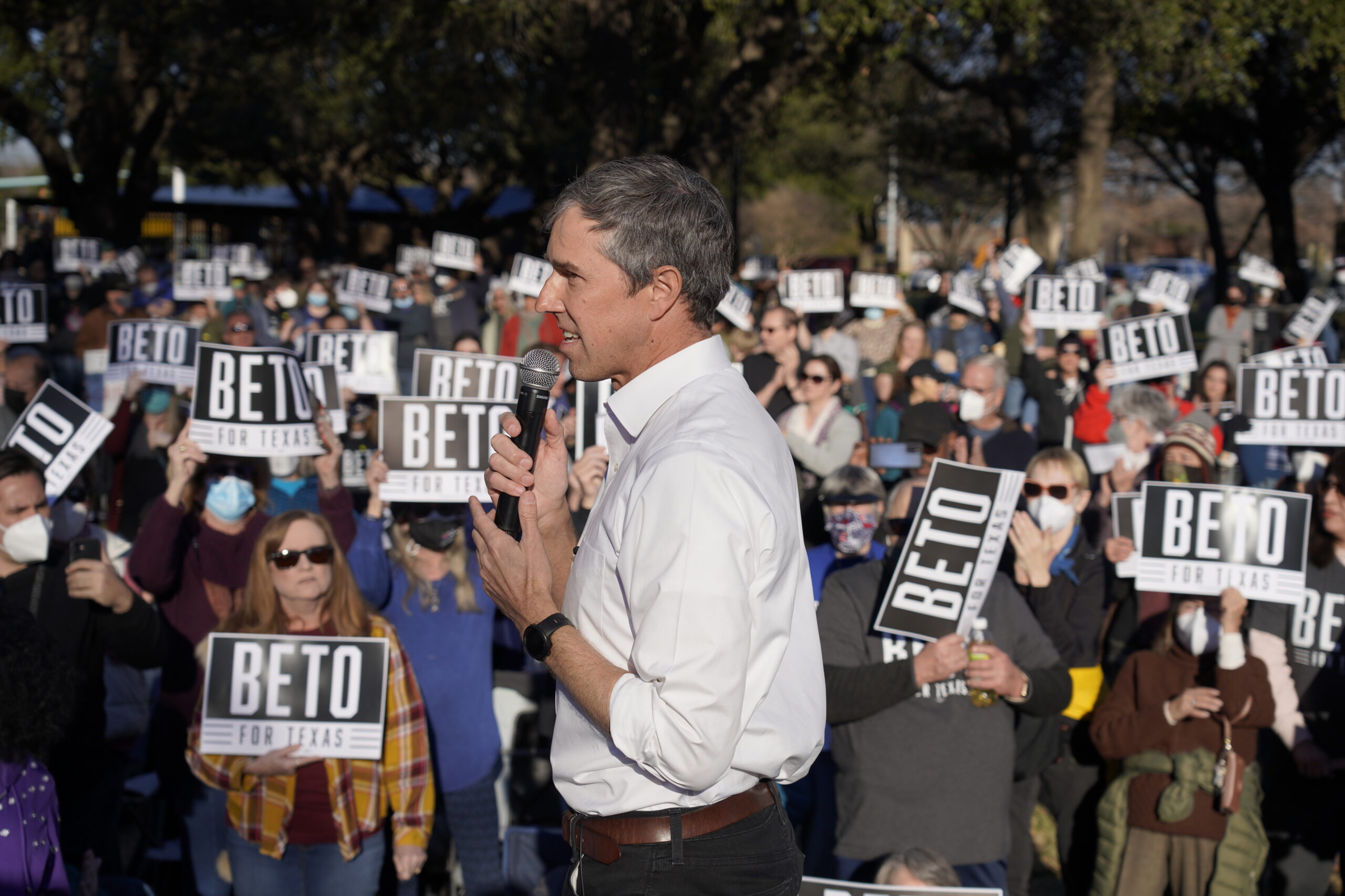 Beto on the campaign trail. Photo courtesy of Beto for Texas.
Subscribe

ALPINE — Despite the news this weekend that Beto O’Rourke would be suspending his campaign as he recuperated from a bacterial infection, his campaign staff is forging ahead with plans and preparation for this weekend’s town hall in Alpine. Big Bend residents hoping to catch the Democratic candidate for governor in person will have their chance on Sunday at the Granada Theatre in Alpine.

O’Rourke’s opponent, incumbent Governor Greg Abbott, made a campaign stop back in July in Fort Stockton, but has yet to dip down into the tri-county area. Presidio County Judge Cinderela Guevara was featured by the Abbott campaign’s social media team, explaining her switch from campaigning as a Democrat to campaigning as a Republican. “I’m very happy with Governor Abbott for all he has done for Texas and what he continues to do for Texas,” she explained.

Meanwhile, local and regional Democrats have been hard at work setting up a strong ticket. Judge Guevara’s opponent for Presidio County judge, Joe Portillo, hosted a meet and greet to get South County voters energized on August 1. Statewide Agricultural Commissioner candidate Susan Hays, who lives in Alpine, helped stump for Railroad Commissioner hopeful Luke Warford at an event in Marfa on August 18.

O’Rourke’s stop in Alpine will represent the highest-profile campaign to make a stop in the Big Bend so far this election season. This weekend’s event is part of his 49-day Drive for Texas tour, where he hopes to host 70 events in communities across the state. One of his top priorities while campaigning — sparking a now-infamous incident where he dressed down a heckler at a town hall in Mineral Wells — has been on introducing policies aimed at preventing mass shootings like the one in Uvalde.

“This summer of travel to dozens of small towns and big cities will focus on the popular things that Democrats, Republicans and independents want to accomplish together: creating great jobs, investing in world-class schools, expanding health care so more people can see a doctor and lowering costs so families can afford to live in this state,” O’Rourke’s campaign wrote in a press release. “The 49-day Drive for Texas will also focus on uniting Texans to overcome Abbott’s extremism — from his total ban on abortion with no exception for rape or incest, to defunding public schools, driving up inflation and blocking commonsense measures to keep kids and communities safe.”

O’Rourke’s “Drive for Texas” town hall in Alpine will be held Sunday, September 4, at 12:30 p.m at the Granada Theatre in Alpine, 207 E Holland Avenue.