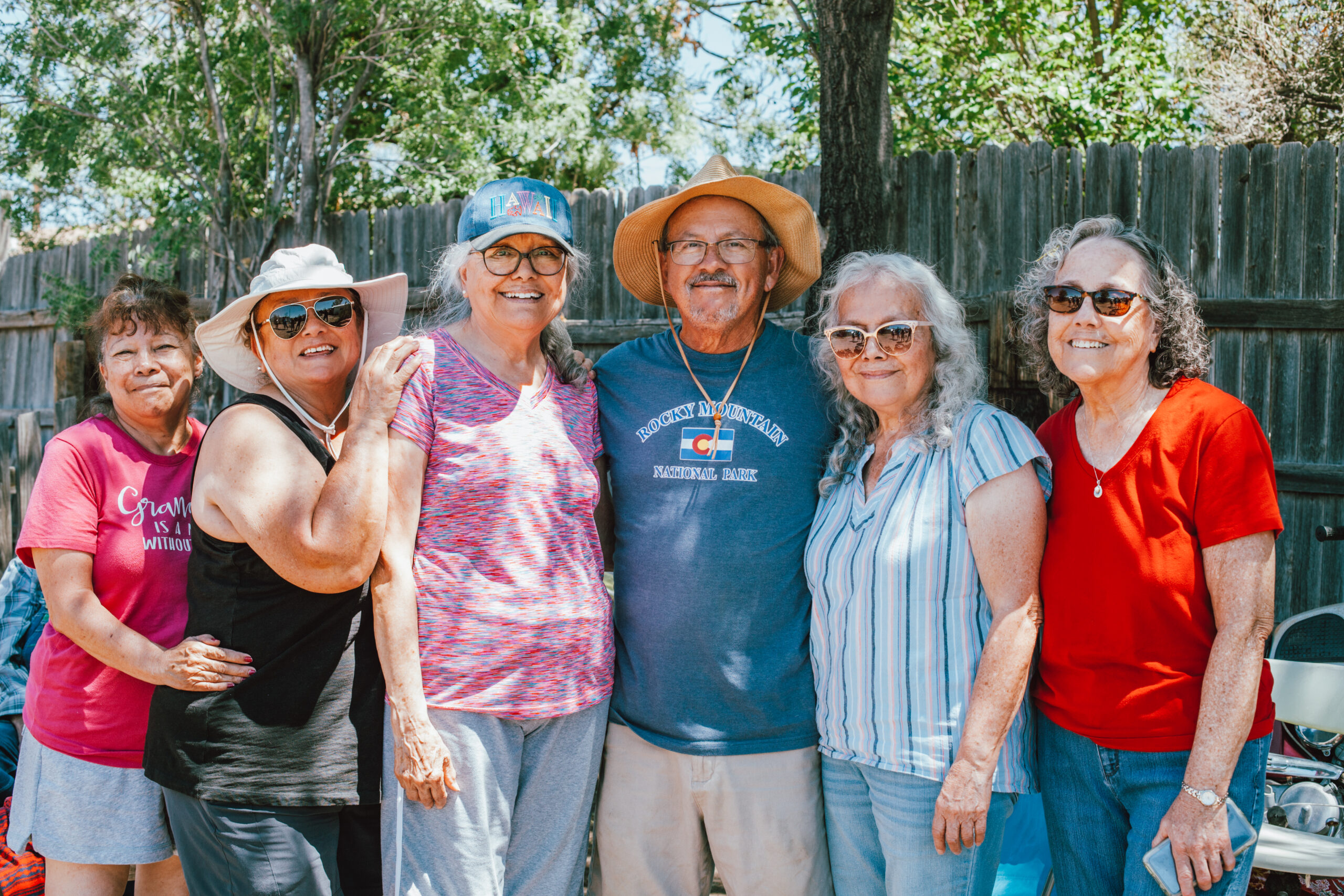 As kids growing up in the 1950s and ‘60s in the small town of Marfa, Texas, the five Acosta siblings learned how to get creative. Amelia, Elida, Frances, Mario and Lisa, with an age difference spanning 12 years, grew up in the northeast neighborhood referred to as Sal Si Puedes. They attended school across town at the Blackwell School. The Blackwell School was a segregated school for Mexican American children that closed down in 1965 after the Marfa schools became integrated. While the older Acosta sisters finished their schooling at Blackwell, Mario and Lisa transferred to public school in their eighth and second grades. Last week the Blackwell School, restored as a museum, became America’s newest historical site.

The Acosta siblings welcomed me in one afternoon in early September during the Marfa Lights Festival, indulging my curiosities about what their childhood in Marfa was like during that time. They shared magical tales of creating a backyard circus made from found objects in the neighborhood, performing shows for neighbors, and using cardboard boxes and cut-out images of dolls and furniture from the Sears catalog to create their own doll houses to play with. Elida added, “We were poor, but ohhhh we were happy!” All of the sisters agreed with the sentiment. Every day they could be found out in the street playing games and every sport you can think of with their neighbors, delaying having to come back inside until the very last drop of light was gone. Parents in the neighborhood were also often outdoors tending to their lush gardens and plethora of animals, doing laundry, working on their cars or playing a game of baseball with the kids.

During this time, most of the families made their own homes, usually using adobe bricks. Many of these adobe homes have become ruins or were torn down and replaced with a prefab trailer. However, the Acosta family has been able to keep their childhood home and rent it out to long-term renters. As prices in Marfa drastically increase it has become a true rarity to afford keeping your family home, furthermore offering it as a place for locals to rent. While all five siblings have moved away, with the exception of a cousin, Amalia Razo, who they all agree is more like a sibling, they often return to their hometown to collaborate on maintaining the house, treating it like a family reunion. This past Marfa Lights weekend they all returned along with several other handy family members to rebuild the backyard fence and do some other light repairs, taking turns welding and weeding and climbing on the roof to trim trees.

They shared stories of young love –– using a technique of flashing the front porch light as Frances’ boyfriend David (now her husband) waited in the old ruins across the street, signaling she’d be out soon. They wore hand-sewn suits in their Blackwell homecoming parades as Amelia, Elida and Frances were each selected as “class representatives” for their individual senior classes. They savored their once-a-week pieces of fruit from the grocery store so that they would last longer, and took extra care of their clothes as they knew they wouldn’t be getting many. Their mother, Maria, would have the girls pick out a dress they liked from Christopher’s department store in town, and she’d make patterns from newspaper and sew the dresses herself. They collected Coca-Cola bottles they found around town and recycled them for 5 cents each. With that money they’d buy sweets and go to the movies at The Palace Theater on Highland Avenue. The movie theater had Spanish movie nights on Wednesdays that their parents would hardly miss. During that time, the movie theater was still segregated. They’d be escorted to their seats and strictly shown which side of the theater they were allowed to sit in. There was lots of laughter and reminiscing as they took turns sharing their favorite memories and describing how wonderful their parents were and the varying ways the neighborhood doesn’t look the same anymore.

Mario shared about the nervousness he felt walking across the bridge over Alamito Creek, especially at night because it doesn’t have sidewalks. He recalled a fond memory of seeing lit candles left on the bridge as an ofrenda. He would see them all around town, in fact. The small driving bridge was built when Mario was a boy, but prior to that if it rained, those living in Sal Si Puedes would be stuck, hence the origin of its given name –– “get out while you can.”

The only time the siblings spoke with real reverence was when talking about the passing of their father Manuel. He suffered from a heart attack in 1999. Their mother would pass many years later in 2013. Amelia, the oldest sibling, shared a moment between her and Manuel at the hospital. He held her hand and spoke to her directly,  “I spanked you didn’t I?” “I said, ‘Yes, Dad.’” She paused as she was struggling to hold back tears. “He said, ‘I’m really sorry,’ and then squeezed my hand hard.” She wept more as she added,  “It had stuck with him his whole life.” He had only spanked her one time, so she remembered it clearly. As a young girl, Amelia had refused to leave the car when being dropped off at her grandmother’s house. Her parents were taking only her sister Elida to the movies –– Elida was often a sick child and it took awhile for the family to afford the proper treatment and care. As the big sister, Amelia was afraid to leave Elida’s side, which was the reason she wanted to go to the movies too. But her parents didn’t understand that, they just thought she was being defiant, and it took years to rectify.

After our time together, they walked with me around the house showing me the very specific place Maria hung their exorbitant amount of socks to dry, where the garden was made, the clothesline they used as a volleyball net, the place where there had been a secret door to the house behind them as well as later on a secret door between their grandmother’s house and the house next door where one of the sister’s lived briefly, the bench the neighbor sat rolling his cigarettes every night, the place that lightning hit the street in front of the house, and where the goats did laps for practice, among many other special spots. After giving some suggestions for where to eat, and doing my best to explain the eclectic decor at Casita Bar, I asked how they felt about the changes in Marfa. Lisa answered quite simply “Really, I’m just glad this town still exists.”

For more stories with The Acosta Siblings, visit the link below.