From Marfa to the Moon 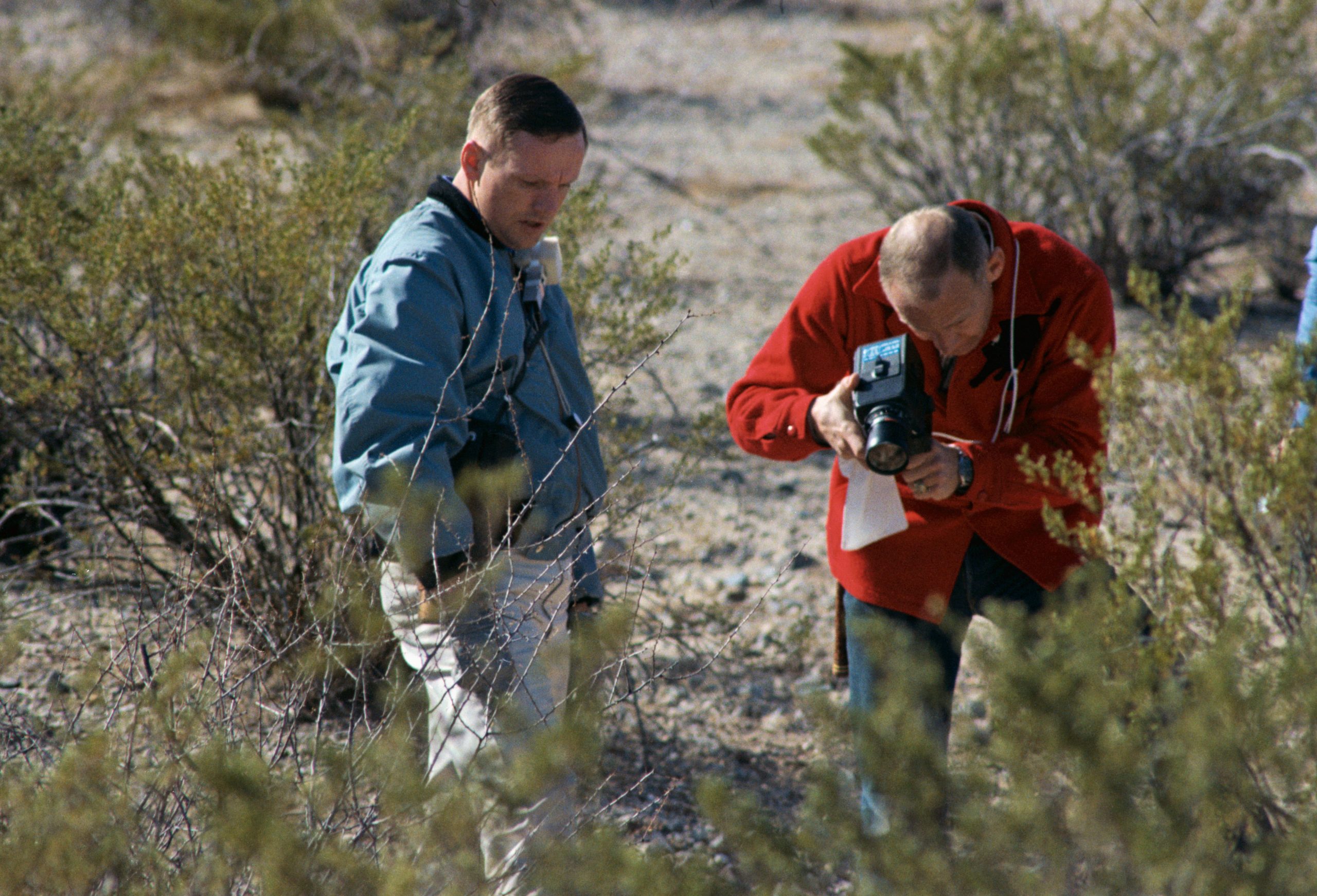 The anniversary of the Apollo 11 Moon landing is this week, and Marfa Public Library is celebrating a newly discovered link to the event. Neil Armstrong walked on the moon 50 years ago, and one year later, he walked the streets of Marfa, Texas.

After the 1969 launch, the mission’s astronauts penned “First on the Moon: A Voyage with Neil Armstrong, Michael Collins and Edwin E. Aldrin, Jr.” The library in Marfa has long held a copy of the book, but pulled it from the shelves about a year ago because they said the book was “looking so worn.”

It wasn’t until then that a library worker opened the book’s cover and discovered the copy was signed by Armstrong himself, and dated “28 June, 1970, Marfa, Texas.” Armstrong visited Marfa in 1970, and there is a photo of him near the Marfa lights viewing area.

However, that was not Armstrong’s first time in the Big Bend area. In February 1969, just five months before walking on the Moon, Armstrong, Buzz Aldrin and a handful of other astronauts took a geological trip to west Texas. Armstrong used his extensive geological knowledge to later sample Moon rocks and forever change the way humans understand the universe.

As part of the library’s summer programming, Marfa children are invited to “astronaut training camp” at the library next Thursday, July 25. 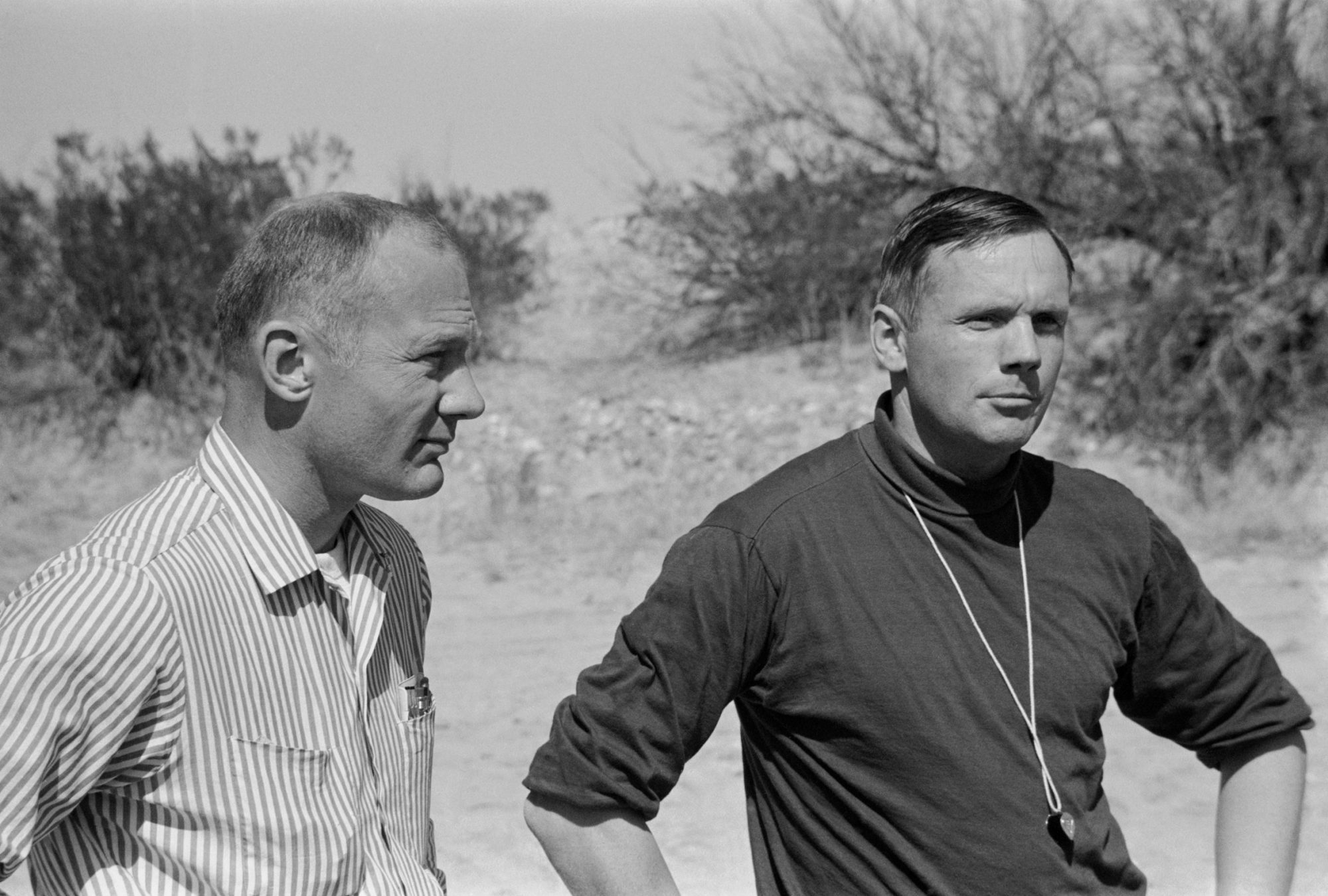 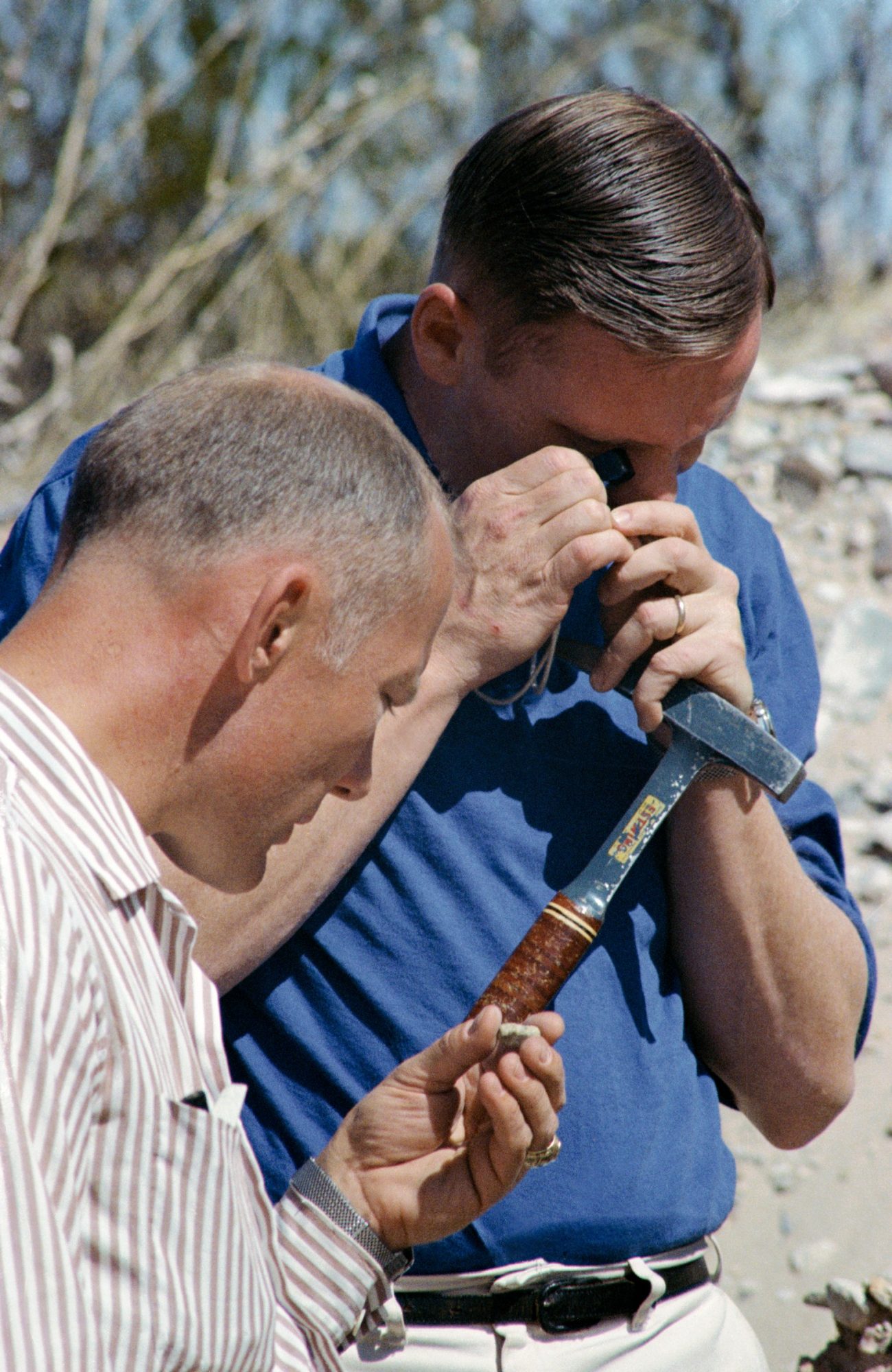 Buzz Aldrin (left) and Neil Armstrong examine rock samples in west Texas near Sierra Blanca and the ruins of Fort Quitman, about 130 kilometers southeast of El Paso. Apollo 16 geology team leader Bill Muehlberger writes, “The Sierra Blanca trip was the only trip specifically on geology for the Apollo 11 crew. They went into the large arroyos to learn how to sample when a variety of rocks are spread out.” 24 February 1969. Research by Ed Hengeveld. (NASA) 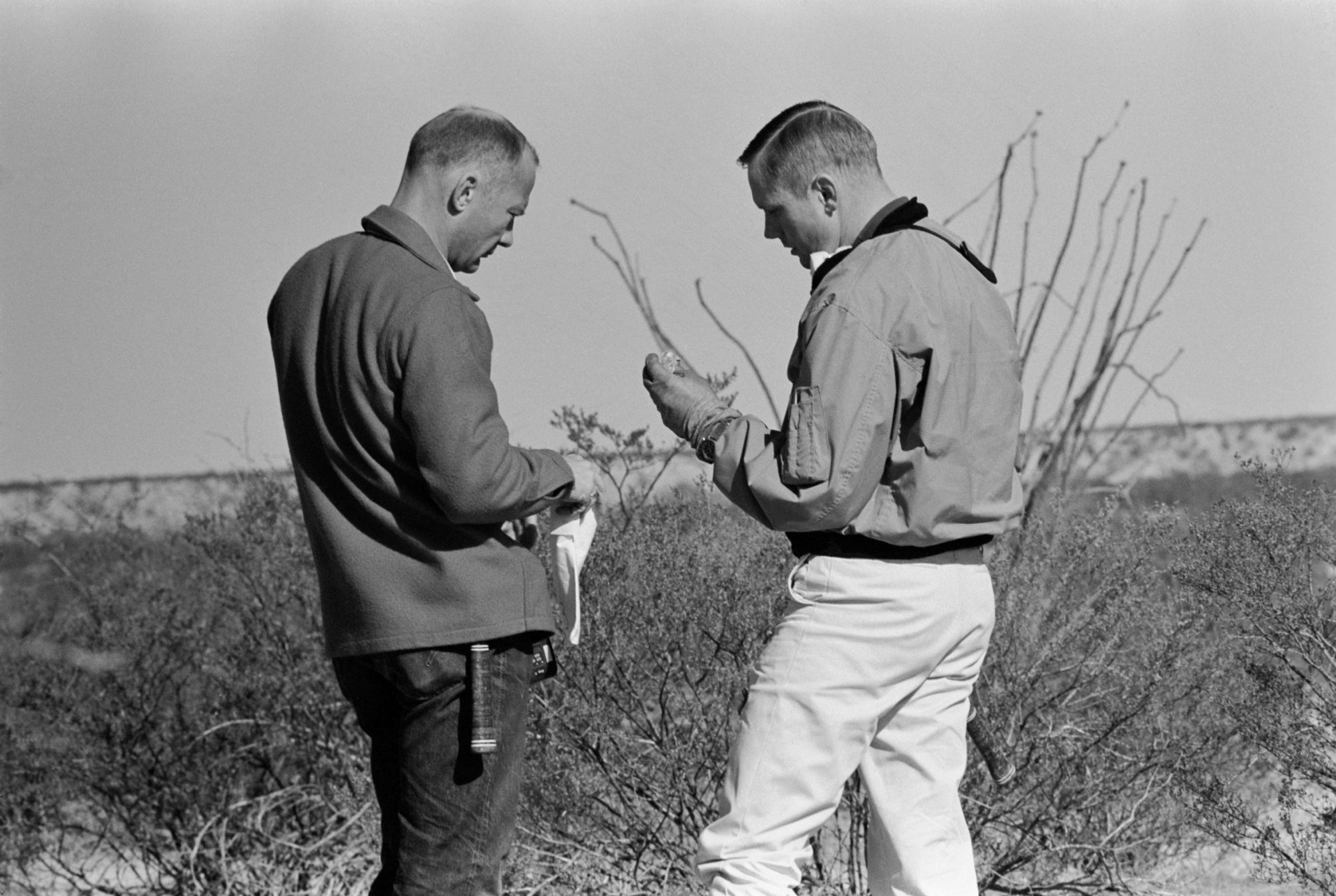 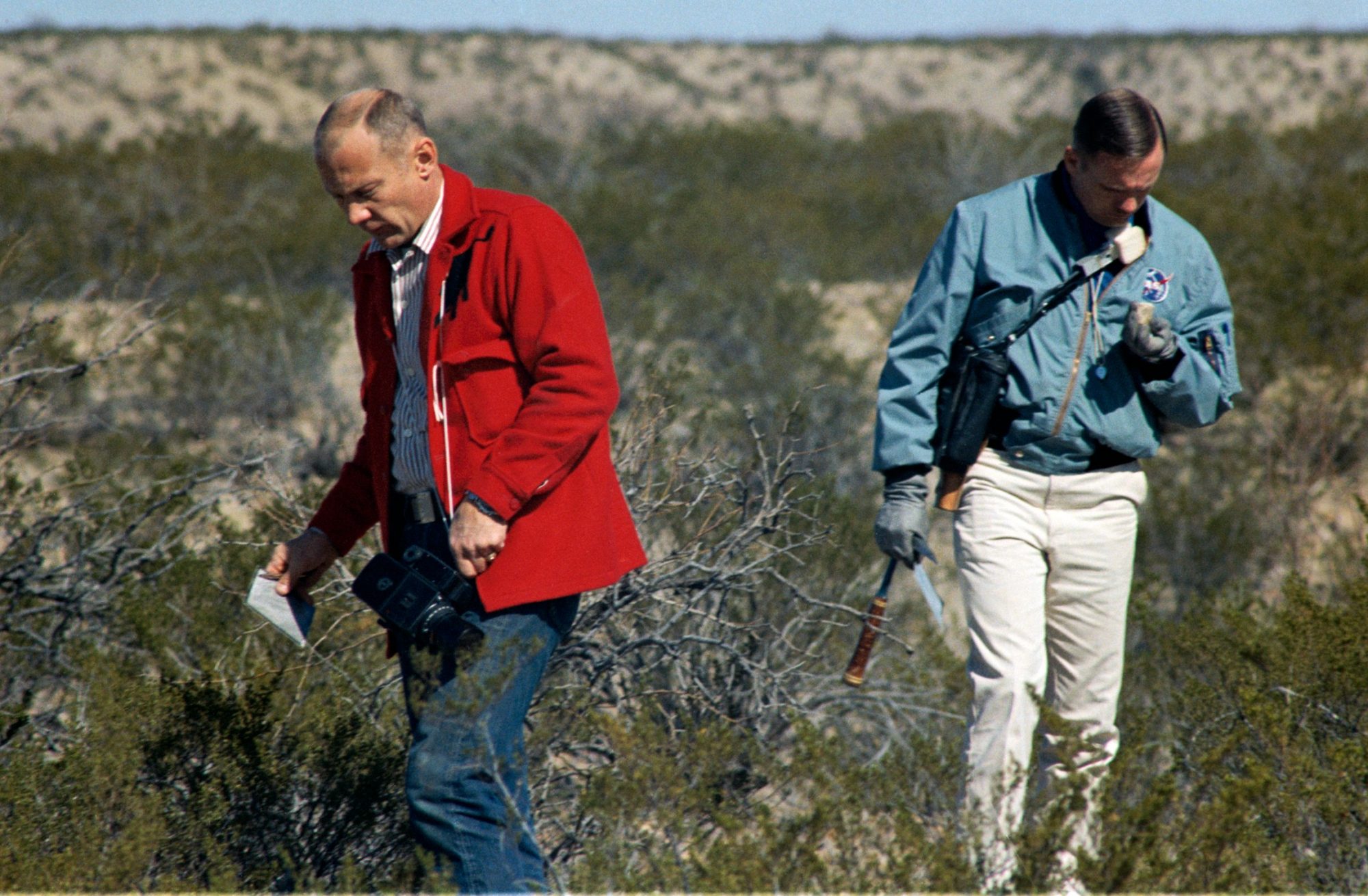 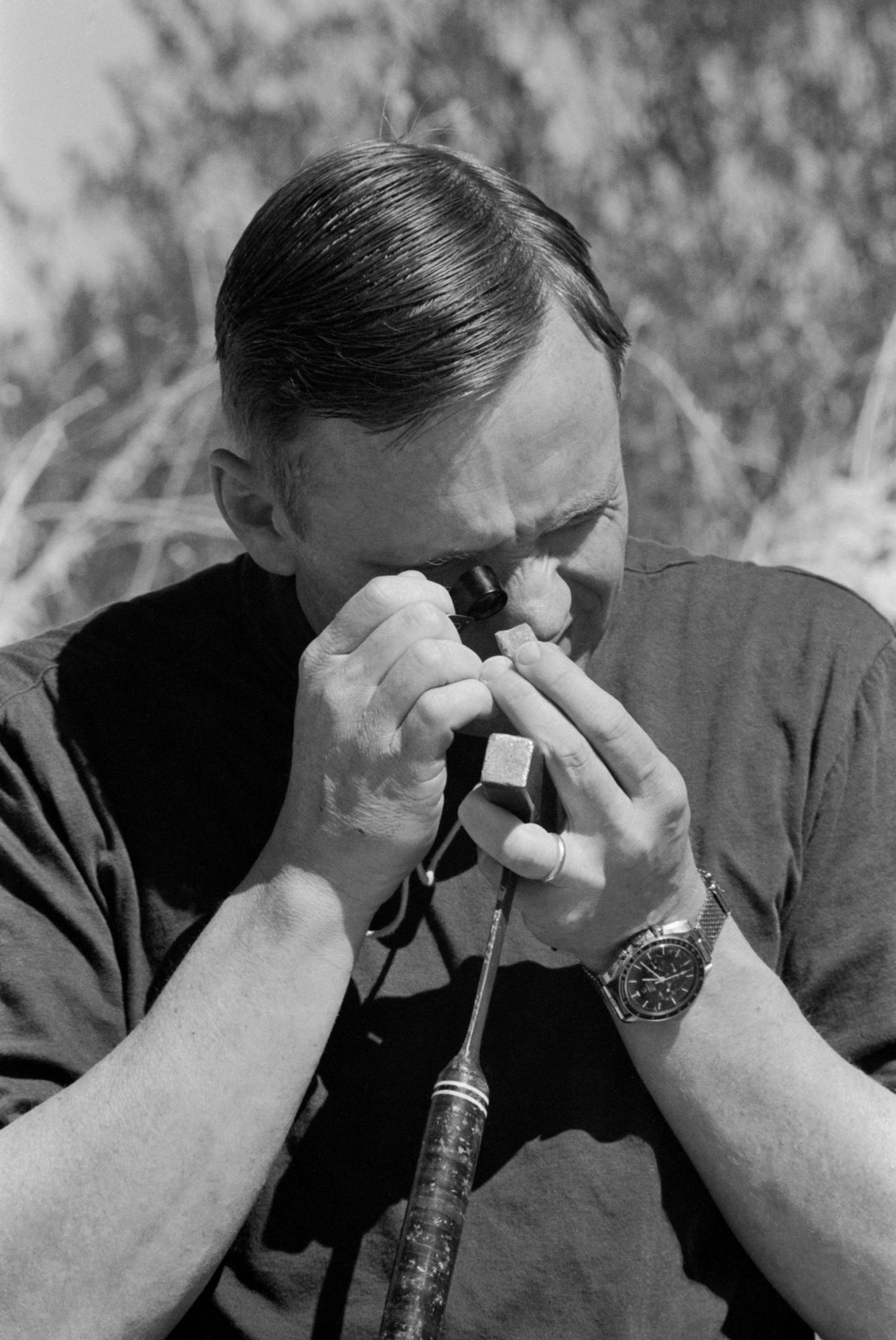 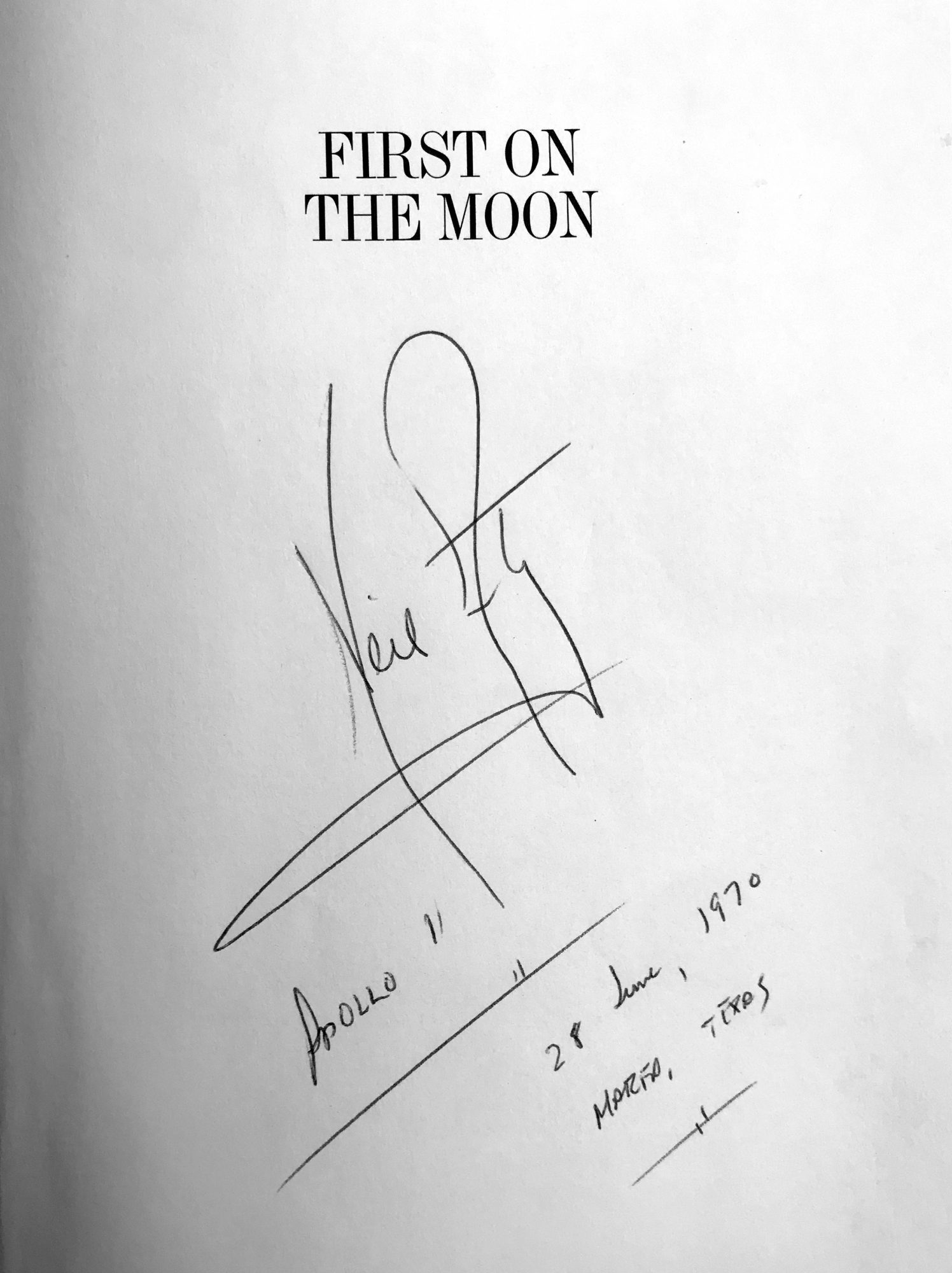 A copy of First on the Moon signed by Neil Armstrong in 1970 during a visit to Marfa. 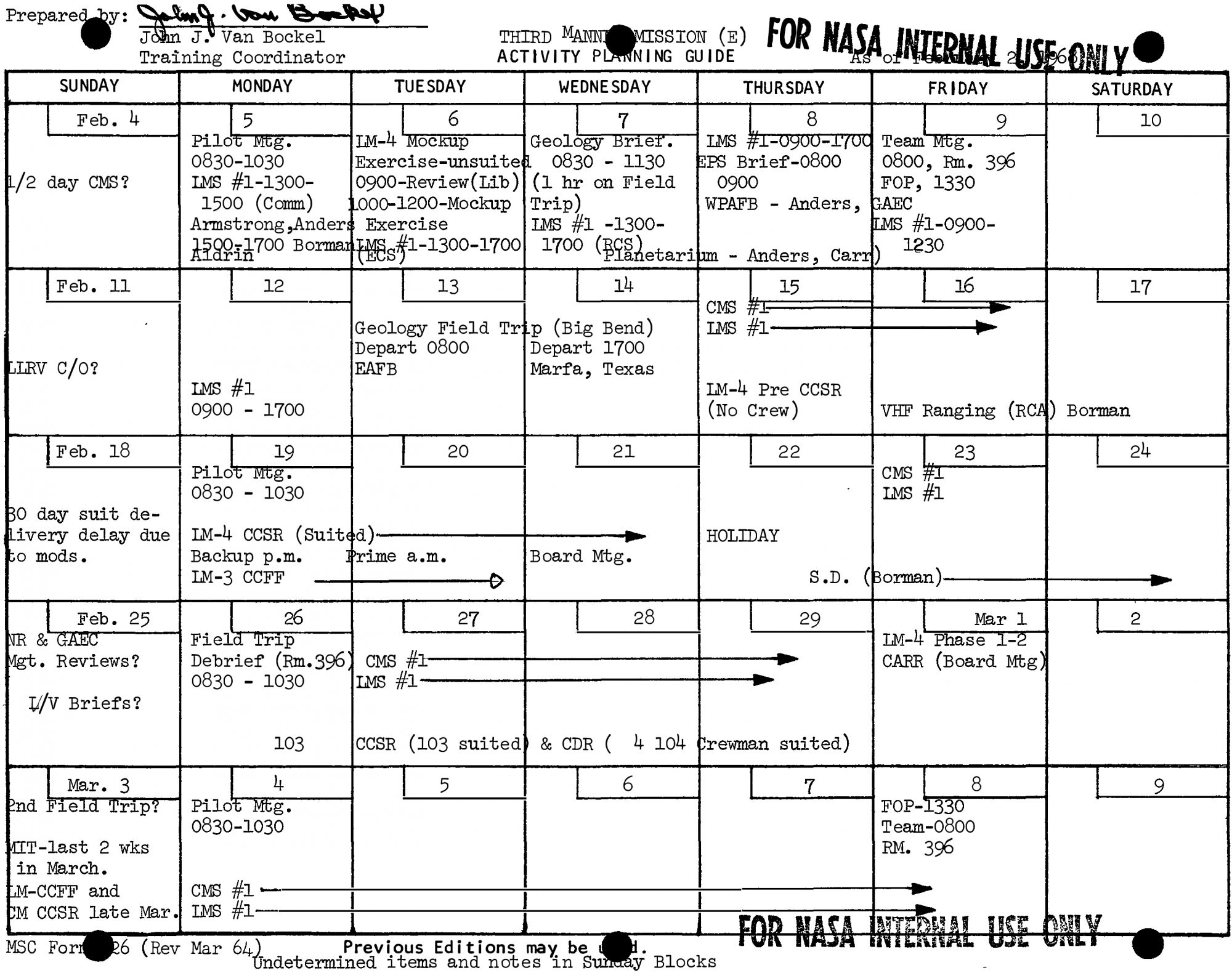 An internal NASA schedule that shows a trip to Marfa, Texas. (NASA)