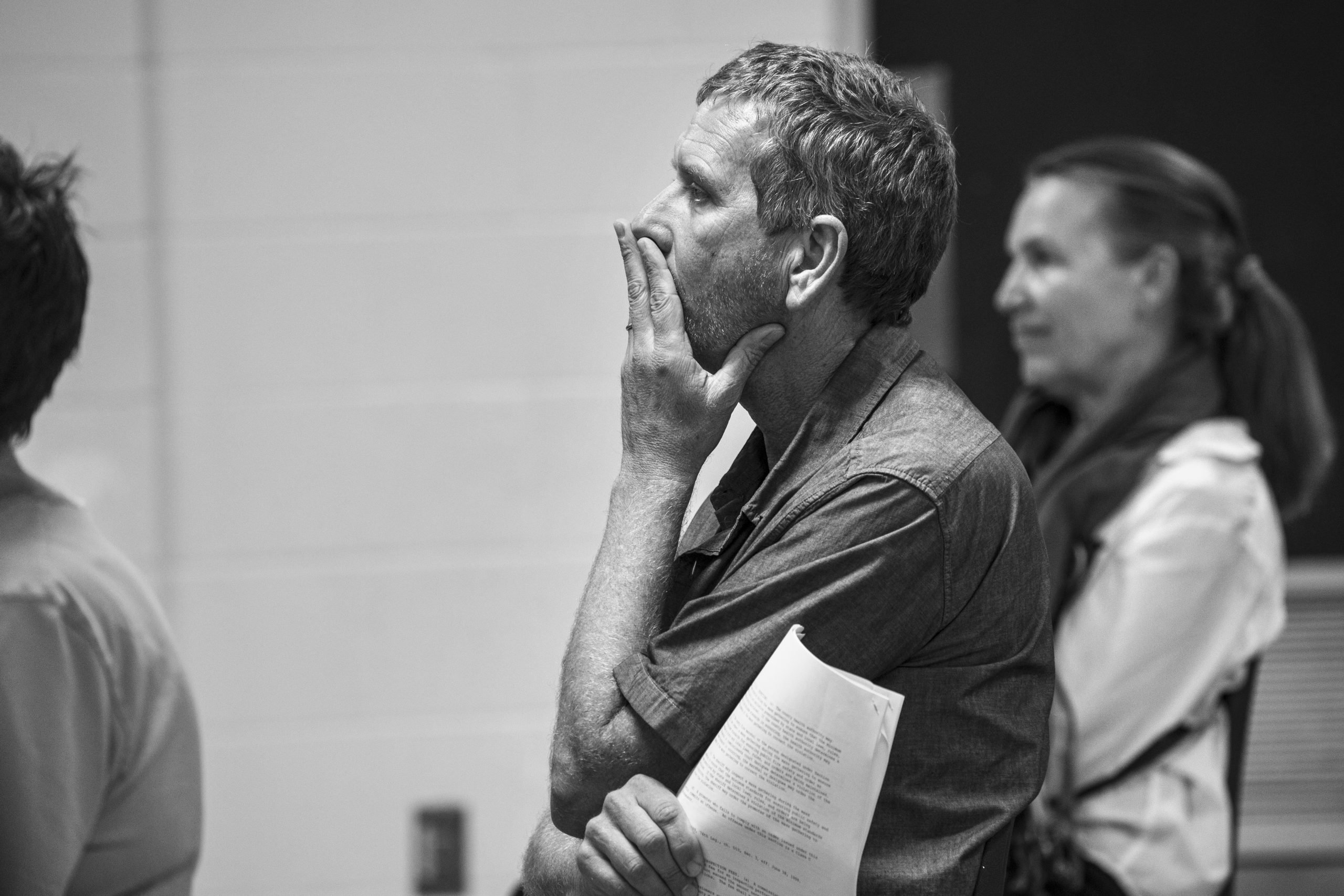 PRESIDIO COUNTY – Scores of concerned Presidio County residents packed the Marfa ISD cafeteria last week for a special meeting about mass gathering and music festival permitting applications. The meeting was called after constituents requested an opportunity to voice their comments and worries.

Events that qualify as mass gatherings under the Texas Health and Safety Code need to apply using the county’s permit process, which Presidio County so far doesn’t have. Presidio County Judge Cinderela Guevara said she hoped to approve a process at the following county meeting on October 9. (This story went to press before the Wednesday evening meeting. Please see next week’s issue for a full piece about the October 9 meeting.)

Commissioners at the October 2 meeting said they hoped to hear from residents about the application and permitting procedures in general — not specific concerns about the C3 Presents festival that has roiled locals since its announcement in April.

But many residents couldn’t resist speaking on C3, stressing the company’s proposed FORMAT music and art festival could negatively impact the county and urging commissioners to act in various ways to prevent the event from coming to town. 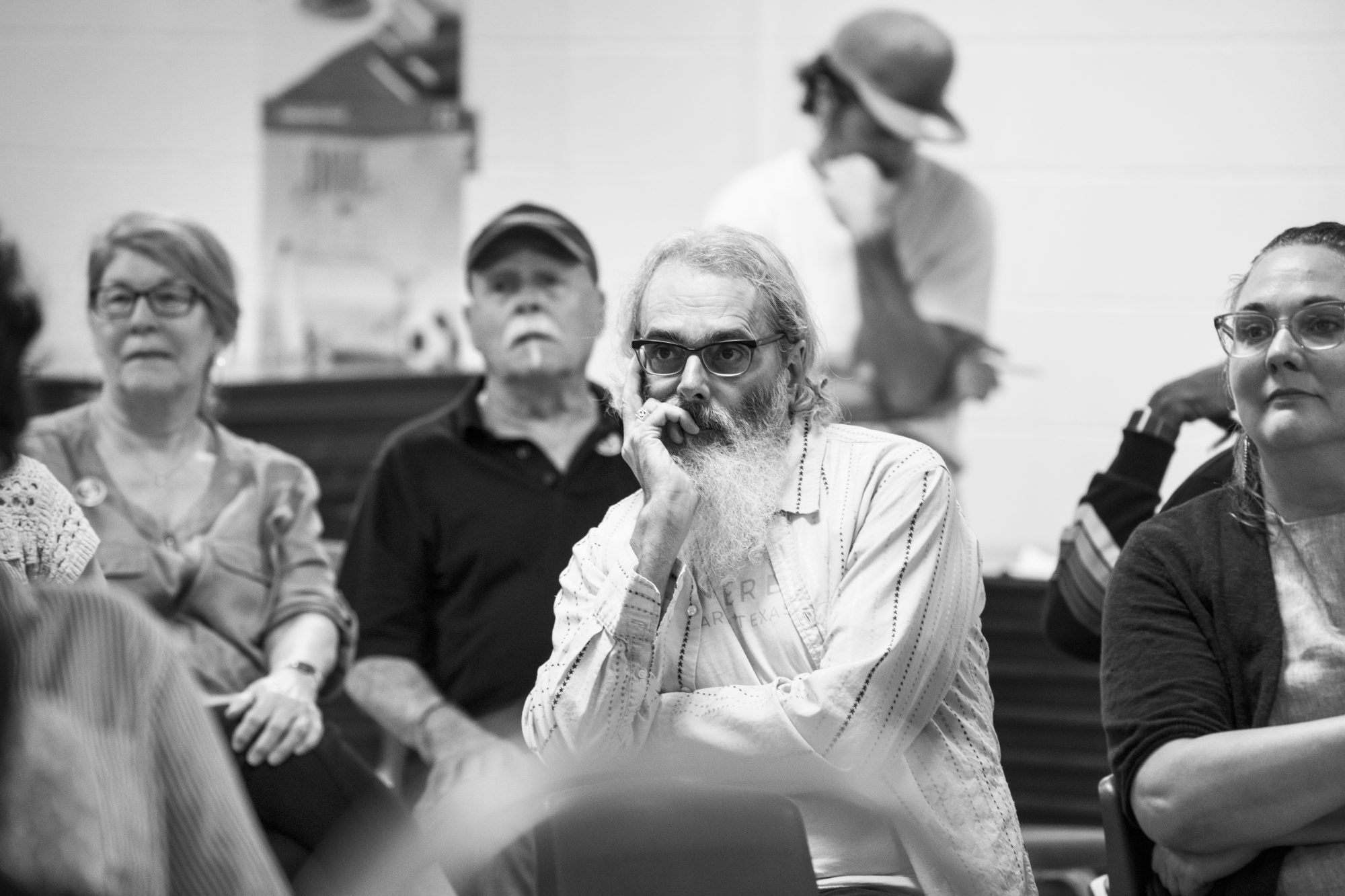 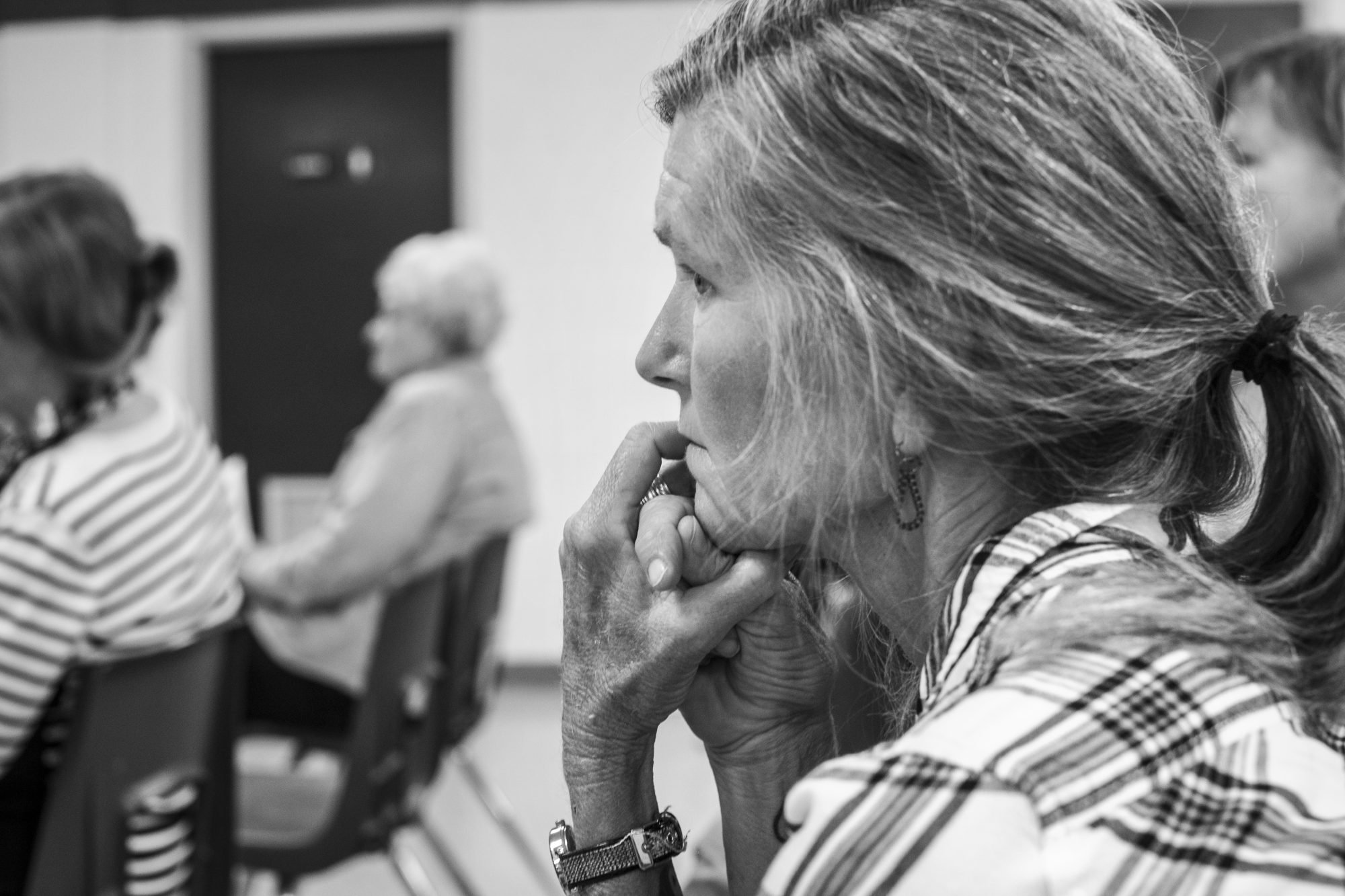 There were exceptions, of course. A few Marfa residents spoke in favor of the festival (or at least against the division and animosity the potential festival has caused in the community). One resident used his time at the podium to recommend specific changes to the proposed application, adhering to the meeting’s actual agenda item.

As residents spoke one by one, many mentioned fire hazards as their primary concern about the C3 festival slated to take place on the Catto-Gage Ranch north of Marfa. Ahead of the meeting, Anne Powell and Maxine Bishop printed photos of the Rockhouse Fire and displayed them prominently on an easel in the front of the room. The 2011fire spread rapidly across 314,444 acres, and destroyed homes, livestock and land in its path between Marfa, Fort Davis and farther north.

In an amusing coincidence, a school spirit banner hung behind the speaker’s podium. It was adorned with painted flames and read: “We Are Fired Up.”

Shelley Bernstein spoke first. The Marfa resident highlighted the risks inherent in festivals and spoke specifically about the unique challenges a festival could face in remote and under-resourced Presidio County. She counted off the deaths, injuries, drug overdoses, stage collapses, mass shootings, food shortages, traffic congestion and “countless fires” that have occurred at other music festivals.

As Bernstein spoke, Trey Gerfers wheeled up a stack of binders for every commissioner, containing 500 pages of statements, criticisms and legal opinions — as well as documents on the potential risks of the proposed C3 festival and its permit. Two hundred and fifty pages covered public safety concerns.

In prior meetings, the county has expressed hesitancy to create a larger, more demanding application process, citing a warning from legal counsel against onerous requirements that could lead to legal action against the county. But Jack Copeland pushed back against that at the meeting — stressing that while he knew the county judge and commissioners had “appropriately expressed concerns about the legal risk of not permitting a mass gathering,” there could also be “a litigation bonanza” if “something goes awry at a sanctioned event.”

Rob Crowley acknowledged that “there are some legitimate concerns” around the event but said he trusted county leaders and event planners to handle the situation “as best as possible.”

He then expressed frustration at the tenor of the conversation within the community. “I see this town getting really agitated with tourism,” he said. “I know it can be difficult, but it’s a pretty green economy. I’d hate it if we became known as that angry little town in Texas. I hope we’re better than that.”

Rainer Judd offered a different perspective. “I am not for any gathering whatsoever on any primary intact habitat, particularly for what we call LBBs: little brown birds,” she said. “It is way past time when we should destroy anymore land at all.”

But she wasn’t entirely against the proposed event. “If C3 wants to have a gathering on the Marfa golf course,” she said, “that wouldn’t bother me.”

As statements concluded, Judge Guevara said she would like to speak further with Rob Brill, a resident who had listed his concerns regarding the wording and topics covered in the application itself. He voiced specific issues with traffic control and the county’s dark skies ordinance, the latter of which is not mentioned in the application.

Guevara then gave commissioners the opportunity to respond to the public statements. Commissioner Buddy Knight expressed dissatisfaction with the evening, saying he wished citizens had given more ideas about the permit applications rather than C3 in particular.

A heated exchange ensued between Knight and a handful of citizens who have been vocal throughout the development of the permit application. “We hired a lawyer to give you ideas and we have gotten nowhere with this for months,” Bernstein said. She said their lawyer had proposed dark skies and environmental requirements but that Knight and County Attorney Rod Ponton had repeatedly said they could not add those provisions.

Bob Schwab said he gave over four pages of reasons the county is allowed to deny a permit, including concerns that adequate medical and nursing care would not be available. “How do you define what’s adequate to you? A two-trauma-bed hospital 30 miles away?” he said. “We provided a lot of input and a lot if it was ignored. It’s not in the application.”

Knight said that three experts listed in the Health and Safety Code are supposed to advise the county, to which Bernstein exclaimed: “They’re not even here! It speaks volumes that our emergency management coordinator is not in the room.”

Those three experts are listed in the Health and Safety Code under the “investigation” section. County Health Authority John Paul Schwartz is required to submit a report to the county judge stating whether the minimum standards of health and sanitation will be maintained in accordance with the law. The report from County Fire Marshal Gary Mitchke must state whether the minimum standards for ensuring public fire safety and order will be maintained. Finally, Sheriff Danny Dominguez must ensure public safety and order in his report to the judge.

After receiving the reports, the judge may conduct additional investigations she considers necessary. The judge then grants or denies the permit, according to state code.

The Big Bend Sentinel reached out to the three officials following the meeting. Mitchke and Schwartz both said they had out of town obligations prior to the meeting being scheduled. Sheriff Dominguez said he didn’t attend because “as far as the application, I have no say-so in it.” But he stressed: “I’m not in favor of this C3 deal. I am not in favor.”

In an interview, Mitchke described the application as “an ongoing process of updating and refining,” adding: “Whatever you come up with as we learn from events that we may or may not have, we’ll probably need to look at the application again.”

In a statement to the newspaper before the evening meeting last night, Judge Guevara said one change had been made to the application: a $400 submission fee, which was added after Bernstein pointed out other counties have permit fees.

Guevara said ahead of the meeting this week that she was leaning towards trying to pass the permit application processes. “We can always modify the permit,” she said.

Officials struggle as testing results take weeks to come back: ‘Our hands are tied’