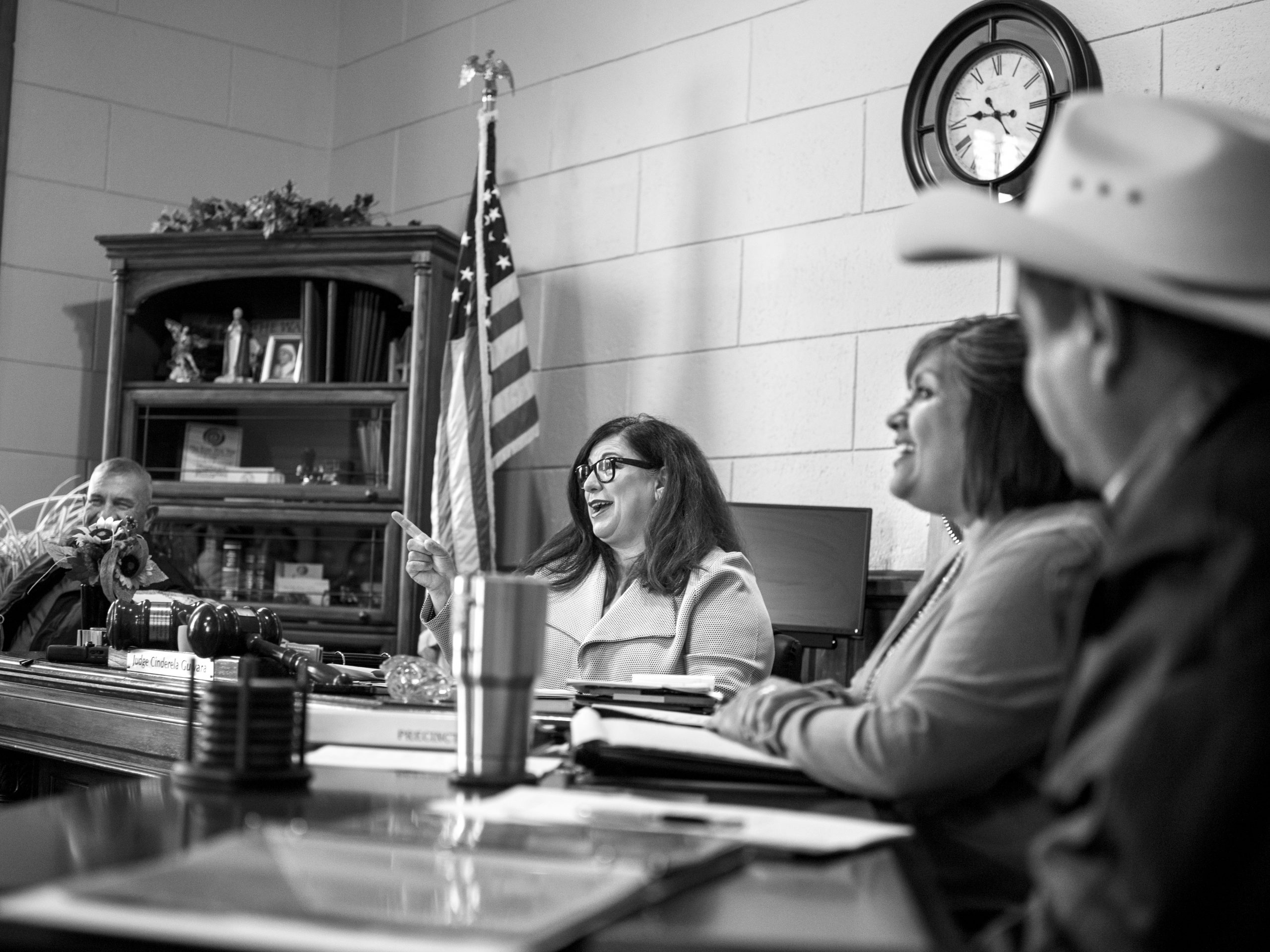 PRESIDIO COUNTY — The mass gathering permit application that passed unanimously by commissioners in court yesterday morning was seven months in the making. The process of creating a permit tailored to the needs of Presidio County was often rife with conflict and tension, but the Wednesday morning meeting ended on a lighthearted note: “I bet we have the best application in all of Texas,” Guevara said of the final application after it was approved.

Since the county became aware of their need for a permit process in late March, there has been a push and pull between commissioners, lawyers and citizens to create an application that protects the county without stifling the tourism industry Presidio County often relies on.

City of Presidio officials submitted a last minute plea last week for south county’s perspective to be considered; commissioners responded by holding a meeting last Friday in Presidio that would become the final discussion of the application. By the following Wednesday morning, commissioners were briefing north county residents on the Presidio revisions and voting to pass the application.

The Texas Mass Gatherings Act, part of the state’s Health and Safety Code, requires counties to have a permit for events that exceed 2,500 attendees, or exceed 500 attendees when 51% are expected to be under the age of 21, and where alcohol will be sold, served or consumed.

Commissioner Buddy Knight told attendees in Presidio last Friday that after much thought, “I think we’re getting too restrictive for small gatherings,” adding that he wanted a better application that wouldn’t deter or shut down smaller mass gatherings, like weddings and family reunions.

The commissioner credited Justice of the Peace David Beebe for pointing out that the permit is not to keep people out –– it’s to find out if they can do something safely, Knight paraphrased.

Then Knight proposed a solution: the application could state “Presidio County reserves the right to waive any part of the permit when it is deemed unnecessary by the county emergency management coordinator, county health official, county sheriff or county judge.”

County resident Shelley Bernstein has often taken the lead at meetings in advocating for a thorough application that would require event promoters to safeguard against potential health hazards, wildfires, traffic congestion and myriad other concerns brought by citizens.

But at the Presidio meeting, she concurred that Knight’s proposed loophole would make sure large scale mass gatherings were safe while still allowing small scale gatherings to occur without needing to provide, for instance, an ambulance on site.

Bernstein proposed that smaller event holders could simply mark “not applicable” when asked about sound systems, stage building and other provisions in the application that are more suited for large scale gatherings. The application also includes a provision for the county judge, sheriff, health authority and emergency management coordinator to request any additional information they deem necessary.

Judge Guevara called the Presidio meeting “sensational,” noting the final strides made to produce an application that satisfied commissioners.

At the meeting at the county annex in Presidio, Presidio EMS Director Malynda Richardson criticized the outdated supplies required for first aid tents, noting that tourniquet rubber tubing hadn’t been recommended in EMS in 25 years and that the list didn’t even include an automated external defibrillator.

Previously in the application, sound could be measured up to 70 decibels at the residence nearest to the event site. That number was bumped up to 85 to conform with state standards.

In 2011, seven people were killed and 58 were injured when a stage collapsed due to wind at the Indiana State Fair.

Commissioners also found no basis for a 50 square feet per person rule and removed it. They decided to require dark sky compliance. They made clerical changes and moved a “recommendations” list to a separate document that would be provided online, but not attached to the official application document, based on their legal counsel’s suggestion.

After recapping those Presidio changes at the Wednesday Marfa meeting, Judge Guevara took a moment to address county residents. “Lots of you took lots of your time and effort to give us ideas we maybe wouldn’t have thought of. I know it was arduous at times but at the end it’s nice to see we all wanted the same thing,” she said.

She also thanked Bernstein by name, adding, “She was one of those really strong troopers on the ground and working at this. I’m grateful to her and to all of you.” The judge even said she spoke on the phone with Bernstein the previous night, going over the finalized proposal one last time.

Bernstein was unable to attend the final meeting, but sent along a note to commissioners, which Camp Boswell read aloud.

“Together we’ve been working on the mass gathering permit for seven months, and I’m so happy and proud of our work,” her letter stated. She called the final application “thorough, while still being mindful of the smaller events, which increase tourism and contribute to our daily life.”

At one point during a previous heated county meeting, Bernstein had held up a sign criticizing the county for spending 240 minutes with C3 Presents (an organization hoping to hold a mass gathering in Presidio County) versus 37 minutes spent with citizens.

In her letter, Bernstein thanked Commissioners for “turning the tables,” saying her sign today would read “637 vs. 240 in favor of your citizens.”

Commissioner Brenda Bentley thanked county residents for pushing back over the past seven months. “When we said no, you kept saying yes. We would not have gotten as good of an application or come as far as we did without you guys pushing on us.”

Commissioner Knight prepared to motion to approve the permit. “It’s a living document,” he said, since commissioners will be able to make revisions at any time they deem necessary. “Everyone here is concerned as anyone in the community that we do things safely and right.”

“If the church is having some kind of fundraiser at Vizcaino Park they should be able to have it without having an ambulance there. I think we’ve hammered out something worth passing and worth working with,” Knight said. Commissioner Jose Cabezuela seconded, and commissioners unanimously approved the permit.

“It seems like there should be a big barbecue, mariachis, something waiting outside,” Judge Guevara joked.